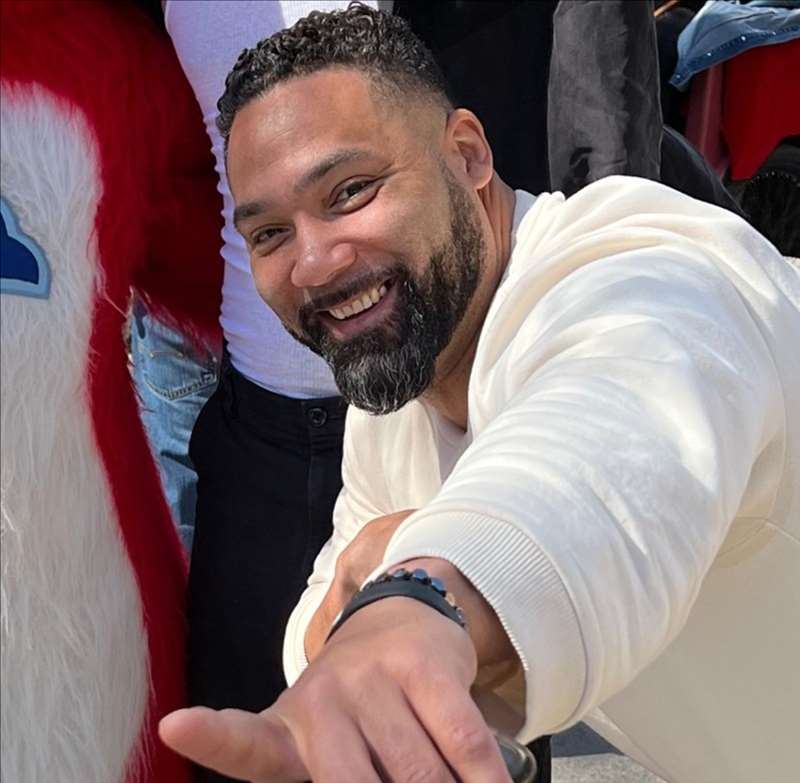 The CEO of a New York-based metaverse company has been accused of sexually harassing a pair of African-American subordinates — including a former NFL player who claims she subjected him to bizarre come-ons and prodded him to have sex with co-workers.

In a lawsuit filed in Manhattan federal court against Yorio and Everyrealm — whose backers include the Silicon Valley venture firm Andreessen Horowitz and which has tapped celebrity endorsers including Paris Hilton, Will Smith and The Weeknd — Johnson also alleges that he was pressured into “sexually harassing games” in which coworkers and clients were encouraged to sleep with each other.

Yorio told Johnson that “the way to pay the game” was to “get laid by a co-worker on a business trip,” the lawsuit alleges. She then allegedly asked him if “he would be doing any KYP.” Johnson was “taken aback” by Yorio’s suggestion and “politely informed her that he was ‘already really close with someone’,” the lawsuit states.

That same evening, Johnson alleged that Yorio was “testing the waters” with him after she came to his hotel room in Austin and “insinuated in no uncertain terms that she believed he would” cheat on his girlfriend “to participate in the company’s KYP game,” the lawsuit alleges.

Johnson also alleged that Yorio made offensive jokes about his girlfriend’s menstrual cycle and referred to him as a “stupid black person” and “the whitest black person.” Other slurs that Yorio is alleged to have hurled at Johnson include “d-ck,” “big swinging d-ck,” and “f–king d-ck.”

Johnson, whose job required managing celebrity accounts including Hilton’s, “was horrified that in order to carry out his job duties he was made to listen to the derogatory commentary and sexually harassing nickname” from Kerr, the suit claims.

Johnson claims he was fired after he blew the whistle on a cryptocurrency-based “gambling scheme” involving NFT (non-fungible token) playing cards of professional soccer players. According to Johnson, the scheme “involved a cryptocurrency version of fantasy sports in which users would buy packs of NFTs representing professional soccer playing cards.”

“Users would enter cryptocurrency into a pool and then win prize money if their NFT playing cards performed better than the other players’ NFTs,” according to the lawsuit. Johnson “reasonably believed” that the scheme “would violate numerous New York and federal laws” since “randomizing the packs of cards … would quality as a game of chance and thus be illegal,” according to the filing.

Johnson, whose says his sports connections include an “active business relationship” with former NBA star Yao Ming, claims that his proposal to forge a relationship between Everyrealm and the NFL was intentionally sabotaged by Yorio and her executive team as revenge for his blowing the whistle on the crypto scheme.

After he reported his concerns to an executive, the NFT project was scrapped — and Yorio “soured on” Johnson, who eventually ended up in her “doghouse,” according to court papers.

When reached by The Post, a spokesperson for Everyrealm denied the allegations, calling them “lies.”

“As we have stated in our court filings, this employee worked at the company for only three months and was terminated for poor performance, expense account abuse, and falling asleep on the job,” the spokesperson said in a statement.

Everyrealm also alleged in a legal filing that Johnson “openly and routinely disparaged the mother of his child and demanded that Everyrealm pay a portion of his wages in cash to avoid garnishment for child support payments.”

The company said that it refused Johnson’s alleged demand.

“Johnson made various inappropriate comments in the workplace regarding other women in his life, hazed a junior female employee by disparaging her as ‘rookie’ and refusing to meet with her, and referred to [Everyrealm co-founder Julia] Schwartz as ‘that b—h’ and Mrs. Yorio as ‘that crazy b—h’,” the company alleged in its filing.

When reached for comment by The Post, Seppinni responded: “Janine Yorio and her enablers at Everyrealm’s comments show just how scared they are of the truth.”

Yorio faces similar accusations from another former African-American employee in a suit filed last week in Manhattan federal court. Gatsby Frimpong, who said he has done stints as a product manager at Google, Microsoft, Apple, and Cisco Systems, claims he was paid far less at Everyrealm than a white engineering director was offered for similar work, and that Yorio refused to consider him for a promotion after he rejected her sexual advances.

Yorio once told Frimpong during a meeting about engineering and product that “it is important [that he] get the customer wet, just like [he] would with a woman,” the suit claims. On another occasion, Yorio said she and her husband, Jesse Yorio, “are only married in the metaverse,” according to the suit.

An Everyrealm spokesperson told The Post: “These allegations are absurd. This former employee (Frimpong) worked remotely, and Mrs. Yorio only interacted with him a few times on video calls,” according to the company rep.

A third former employee, Katherine Yost, 46, who was director of human resources at Everyrealm, also has sued the company over “discriminatory and illegal policies and acts,” including sexually suggestive remarks about colleagues’ love lives and orientation by Yorio.

Yost, a former high school acquaintance of Yorio, also alleges that she confided in Yorio that she “suffers from alcohol use disorder” in the hope that “Ms. Yorio would be her ally and help deflect attention from the fact that Ms. Yost does not drink at company gatherings,” according to the filing.

Nonetheless, that did not stop Yorio from allegedly “using this highly personal and confidential information to taunt Ms. Yost in front of” employees by telling them at an event: “We need to get Kathy SIX drinks!”

When asked to respond to Yost’s allegations, a spokesperson for Everyrealm told The Post: “These are nothing more than baseless allegations from a disgruntled former employee seeking to cause harm to our company.”

“Everyrealm works hard to foster a supportive, inclusive workplace, and we will continue to defend against these lawsuits.”

Everyrealm has filed its own legal actions against all three plaintiffs seeking to take the complaints out of litigation and into arbitration. Everyrealm has also accused the plaintiffs of pursuing an “extortionate” settlement demand of $1.9 million