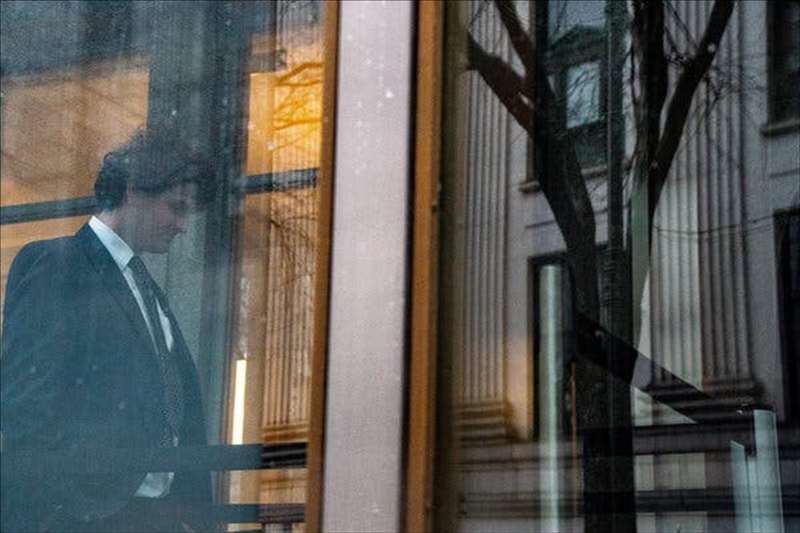 After the collapse of FTX, prosecutors and lawyers have scrutinized its discredited founder’s huge investment in Modulo Capital.

The fledgling firm, which was founded in March and operated out of the same Bahamian compound where Mr. Bankman-Fried lived, had no track record or public profile. One of the founders, Duncan Rheingans-Yoo, was only two years out of college. His business partner, Xiaoyun Zhang, known as Lily, was a former Wall Street trader who had previously been romantically involved with Mr. Bankman-Fried, according to four people with knowledge of their relationship.

Now, Modulo is emerging as a crucial part of the investigation by federal prosecutors into Mr. Bankman-Fried and his once giant cryptocurrency exchange. They’re examining whether he used FTX’s customer funds to invest in the little-known firm when his existing hedge fund, Alameda Research, was struggling amid a wider crypto industry downturn. The $400 million outlay was one of Mr. Bankman-Fried’s single largest investments.

At the same time, lawyers for FTX’s new leadership are eyeing Modulo’s assets as they scramble to recover the billions of dollars that customers, lenders and investors lost when the exchange imploded.

Before starting Modulo, Ms. Zhang and Mr. Rheingans-Yoo worked at Jane Street, the Wall Street firm where Mr. Bankman-Fried, 30, began his career and met many of the people, in their 20s and 30s, who would later help him build his crypto empire.

It’s unclear how much money Modulo had other than Mr. Bankman-Fried’s investment. But it began trading crypto before FTX failed, and it has now largely shut down, according to a person familiar with its operations.

Mr. Bankman-Fried’s decision to provide so much funding to a start-up trading firm at the same time that Alameda was losing money raised suspicions for investigators.

Neither of Modulo’s two founders has been accused of wrongdoing, but they recently hired Aitan Goelman, a criminal defense lawyer who is a former director of enforcement for the Commodity Futures Trading Commission. Mr. Goelman said he had no comment.

Representatives for FTX, Mr. Bankman-Fried and the U.S. attorney for the Southern District of New York in Manhattan all declined to comment.

The presentation said Modulo received funds in installments in the third and fourth quarters of last year. Around $300 million of that total was transferred shortly before FTX’s implosion, according to the Bahamian prosecutor.

“Focusing on large, questionable transactions to a fund, company or a person with close connections to the debtor before the bankruptcy filing is basically the low-hanging fruit in a bankruptcy case,” said Lindsey Simon, a corporate law and bankruptcy professor at the University of Georgia School of Law.

On Friday, federal prosecutors disclosed that they had seized more than $600 million in assets belonging to Mr. Bankman-Fried, including a mix of cash and stocks kept in bank and brokerage accounts.

Even amid that spending spree, the Modulo deal stands out because of the amount of money involved and Mr. Bankman-Fried’s close ties to the firm’s founders. Ms. Zhang and Mr. Rheingans-Yoo were also Modulo’s only directors, according to incorporation papers filed in the Bahamas.

Both left Jane Street last January, according to brokerage industry records, about three months before Modulo was incorporated. (Modulo has no connection with a similarly named investment firm in Brazil.)

Before Modulo received the $400 million, the investment was the subject of debate within Mr. Bankman-Fried’s tight circle of top advisers, according to two people familiar with the discussions.

Further complicating the Modulo investment were the romantic ties among the executives involved in the deal. Ms. Ellison and Mr. Bankman-Fried had dated in the past, and they lived together with eight other roommates in a luxury penthouse at Albany, an oceanside resort on the Bahamian island of New Providence.

Last spring, Modulo set up an office in the same Albany resort where Mr. Bankman-Fried and Ms. Ellison lived. Ms. Zhang and Mr. Bankman-Fried were still friends, and they would sometimes travel together on charter flights to New York from the Bahamas, according to two people familiar with the arrangements.

Mr. Bankman-Fried began to pour money into Modulo at a time when Alameda was struggling. After the crypto market crashed in May, a number of crypto lenders recalled their loans to Alameda, prompting the trading firm to pull money from FTX customer accounts to make up for the shortfall, according to federal prosecutors, regulators and former Alameda employees.

Ross Rheingans-Yoo, who graduated from Harvard in 2016, worked on the foundation’s pandemic preparedness efforts, according to a page on his personal website that is no longer active. There is no indication that he had anything to do with Modulo, and he did not respond to a request for comment.

Mr. Bankman-Fried had also aligned himself with the movement. For years, he invoked his commitment to effective altruism as he cultivated a global brand, claiming that he got into crypto trading to make billions of dollars for worthy causes.