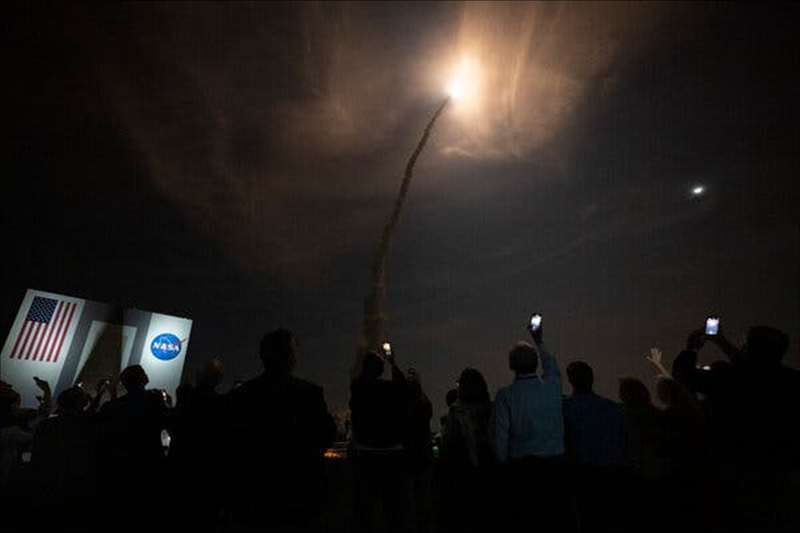 As years in space and astronomy go, 2022 is going to be a tough act to follow.

NASA got its giant Space Launch System off the ground for the first time in 2022, lighting up the night in Florida with an incredible stream of flame as it carried the Artemis I mission toward the moon. That shifted attention to SpaceX, which is building a next generation rocket, Starship, that is also central to NASA’s crewed Artemis III moon landing attempt.

SpaceX cleared a key environmental review that would allow it to launch an uncrewed orbital test flight from South Texas if it met certain conditions. But the rocket wasn’t ready for flight in 2022. The company has not announced a date for a test this year, but regular ground tests of Starship equipment indicate it is working toward one.

Numerous other rockets may take flight for the first time in 2023. The most important, Vulcan Centaur by United Launch Alliance, will eventually replace that company’s Atlas V, a vehicle that has been central to American spaceflight for two decades. The Vulcan relies on the BE-4 engine built by Blue Origin, the rocket company founded by Jeff Bezos. The same engine will in turn be used in Blue Origin’s New Glenn rocket, which may have a test flight late this year.

A number of American private companies are expected to test new rockets in 2023, including Relativity and ABL. They could be joined by foreign rocket makers, including Mitsubishi Heavy Industries which could test Japan’s H3 rocket in February, and Arianespace, which is working toward a test flight of Europe’s Ariane 6 rocket.

We’re guaranteed at least one lunar landing attempt in 2023. A Japanese company, Ispace, launched its M1 mission on a SpaceX rocket in December. It’s taking a slow, fuel-efficient route to the moon and is set to arrive in April, when it will try to deploy a rover built by the United Arab Emirates, a robot built by Japan’s space agency, JAXA, as well as other payloads.

There could be as many as five more lunar landing attempts this year.

NASA has hired a pair of private companies to carry payloads to the lunar surface. Both of them, Intuitive Machines of Houston and Astrobotic Technology of Pittsburgh, faced delays in 2022, but may make the trip in the coming months.

They could be joined by three government space programs’ lunar missions. India’s Chandrayaan-3 mission was delayed last year but could be ready in 2023. A Japanese mission, Smart Lander for Investigating Moon, or SLIM, aims to test the country’s lunar landing technologies. Finally, Russia’s Luna-25 mission was postponed from last September, but Roscosmos, the Russian space agency, may try this year.

The Webb telescope wowed space enthusiasts and scientists with its views of the cosmos, but we may get new vantages from a variety of orbital observatories.

The most significant may be Xuntian, a Chinese mission setting off later in the year that will be like a more sophisticated version of the Hubble Space Telescope. The spacecraft will survey the universe at optical and ultraviolet wavelengths in an orbit around Earth close to the country’s Tiangong space station.

A Japanese-led mission, XRISM, pronounced chrism, could launch earlier in the year as well. The mission will use X-ray spectroscopy to study clouds of plasma, which could help to explain the universe’s composition. A European space telescope, Euclid, may also launch on a SpaceX rocket after the Russian invasion of Ukraine resulted in the spacecraft losing its seat on a Russian Soyuz rocket. It will study the universe’s dark energy and dark matter.

A new spacecraft will head toward Jupiter this year, aiming to become the first to ever orbit another planet’s moon. The European Space Agency’s Jupiter Icy Moon Explorer, or JUICE, will launch from an Ariane 5 rocket as early as April 5 to set off to the Jovian system, arriving in 2031. Once it reaches the gas giant, it will move to conduct 35 flybys of three of the giant world’s moons: Callisto, Europa and Ganymede, all of which are believed to have subsurface oceans. In 2034, JUICE will begin orbiting Ganymede, the largest moon in the solar system.

Heading closer to the sun will be Rocket Lab, a small launch company that was founded in New Zealand. It aims to use its Electron rocket to send a mission to Venus. The company’s Photon satellite will try to deploy a small probe, built with Massachusetts Institute of Technology researchers, that will briefly study the planet’s toxic atmosphere. The mission was planned for May, but it is expected to face delays while the company prioritizes missions for its other customers.

A total eclipse on April 20 will be more of a Southern Hemisphere event, and the moon will only blot out the sun in remote parts of Australia and Indonesia. (Perhaps not a bad time to be on a boat in parts of the Indian and Pacific Oceans, too.)

But Americans may get a good show on Oct. 14, when North America will be visited by an annular eclipse. Eclipses of this type are sometimes called “ring of fire” eclipses because the moon is too far from Earth to fully block the sun but creates a ring-like effect when it reaches totality. The eclipse’s path runs through parts of Oregon, California, Nevada, Utah, Arizona, New Mexico and Texas before dipping into Central and South America. Where the weather cooperates, it should be a great solar show and a nice lead up for the April 8, 2024 total eclipse that will cross the United States from southwest to northeast.