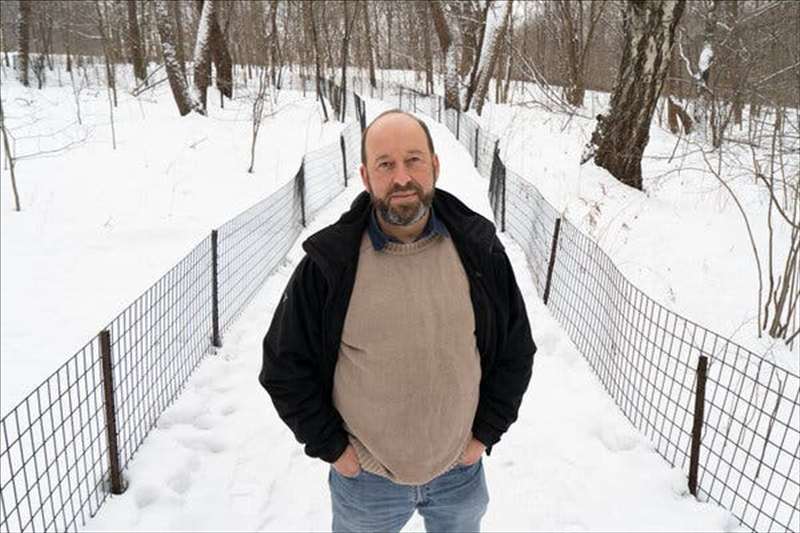 Gavin Schmidt, a leading climate scientist, will fill a newly created job of climate adviser to NASA, in a prominent example of Biden’s pledge to focus on climate policy.

More than a decade ago, a woman at a bar near the Columbia University campus turned to Gavin Schmidt and asked if he knew the main component of air. “Yes, nitrogen,” he replied. His answer lost her a bet about whether the average stranger at the bar would know anything about atmospheric chemistry. Two years later, they were married.

Today Dr. Schmidt is one of the most prominent scientists warning the world about the risks of a warming world. Recently he was named to a newly created position as senior climate adviser to NASA, a job that comes with the challenge of bringing NASA’s climate science to the public and helping figure out how to apply it to saving the planet.

Dr. Schmidt, who since 2014 had headed NASA’s Goddard Institute for Space Studies, will be working with an administration that is making the fight against climate change one of its priorities. The Biden team is adding positions throughout the government for policymakers and experts like Dr. Schmidt who understand the threats facing our planet.

In the announcement of the new position, which doesn’t come with a separate budget or staff, Mr. Jurczyk said the job will be to “promote and engage in climate-related investments” in the agency’s earth science work and help explain to the world what NASA’s climate-related research and technology development do.

The space agency, which launches the satellites that monitor the conditions of the Earth’s atmosphere, oceans, snow, ice and more, is one of the wellsprings of hard science that informs us all about climate change. But its leaders have sometimes had a difficult time talking about it.

“Not every administration was interested in calling it ‘climate change,’ the Trump administration most notably,” said Lori Garver, a former NASA deputy administrator who is now CEO of Earthrise, a nonprofit that promotes using satellite data to address global warming.

Ms. Garver said she was “thrilled” by Dr. Schmidt’s appointment, calling it a message that “this will be a top priority for NASA.” She said while the agency has provided important science to help understand warming, it has not been involved deeply enough in the search for solutions. She compared the situation to what might happen if scientists at the National Institutes of Health studied cancer, but didn’t try to find cures.

With a more aggressive attitude, she said, “we can count on the brilliant scientists at NASA to do more than just take measurements.”

The astrophysicist Neil deGrasse Tyson called the new post “long overdue,” but added that the position will be most meaningful if Dr. Schmidt “is granted routine access to Congress and the President.” Why? Because “NASA itself,” he said, “is not the one who needs advice on climate change.”

On a recent bright, icy morning, Dr. Schmidt sat for a socially distanced interview on a bench overlooking Harlem Meer in Central Park and talked about the new job.

“Climate change changes what you need to worry about,” he said, and the space agency can help the nation, and the world, figure out what we all need to know. That includes things like “How do we accelerate the information that you need to build better defenses against coastal flooding?” and “What do we really understand about intensifying precipitation — How do we predict that going forward?”

He will have no budgetary might, or armies of workers under him. Instead, he will have to rely upon his voice.

Dr. Schmidt did not always seem destined for such heights. He grew up in a village outside of Bath, England, and his early ambition was to live elsewhere. Being good at math got him to Oxford on a scholarship. Upon graduating, he wasn’t sure what to do next, and “bummed around the world” for two years, working a variety of odd jobs — driving cars for Avis, picking grapes in French wine country.

After a while, he admitted to being bored. “I said, well, the most intellectual thing I’m doing is the weekly crossword in The Guardian.”

So he went to University College London, as he tells it, and asked if he could enter a Ph.D program. They scoffed since the deadline was long past, but suggested he talk to one researcher who happened to need a graduate student. “He said, ‘So when can you start?’”

The researcher needed someone with math skills for his work on subsurface ocean waves. Dr. Schmidt found that he enjoyed the research, and also discovered that “people are a lot more interested in the oceans than they are about mathematics.”

He would go on to lead development of Goddard Institute Earth System Model, an enormous computer program that can simulate the planet’s climate system and can show how phenomena like rising carbon dioxide levels cause warming. Over time, he came to draw on so many fields that he had to become a climate polymath, broadly focused instead of drilling down on a single topic, as many experts do. It helped make him a gifted communicator of science.

“One of the big surprises that emerged out of that was how many other climate scientists actually needed help to understand climate science” beyond their own fields, he said.

Everything Dr. Schmidt has done came together, he said — and that even includes his skill at juggling, a hobby that he took up in high school, thinking at the time, he recalled, “Oh, that’s going to be helpful with the ladies.” He honed his juggling skills over the years, beginning in Australia, when he lived with a juggling busker.

He also picked up unicycling, which in turn led to the sport of unicycle hockey, which is pretty much what it sounds like. He played on the British national championship team for the sport, breaking an arm at one point.

Sitting on the bench, Dr. Schmidt pointed out a flitting cardinal and worried aloud about the people testing their luck by stepping out over the frozen surface of the Harlem Meer. “I would not bet my life on it,” he said, and spotted another ice walker.

“There are a lot of people who are not making sensible decisions,” he said.