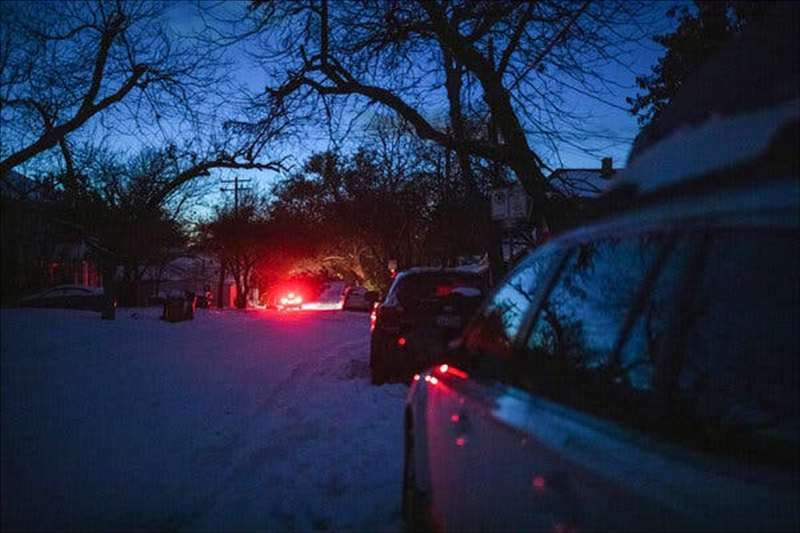 Systems are designed to handle spikes in demand, but the wild and unpredictable weather linked to global warming will very likely push grids beyond their limits.

The crisis sounded an alarm for power systems throughout the country. Electric grids can be engineered to handle a wide range of severe conditions — as long as grid operators can reliably predict the dangers ahead. But as climate change accelerates, many electric grids will face extreme weather events that go far beyond the historical conditions those systems were designed for, putting them at risk of catastrophic failure.

Measures that could help make electric grids more robust — such as fortifying power plants against extreme weather, or installing more backup power sources — could prove expensive. But as Texas shows, blackouts can be extremely costly, too. And, experts said, unless grid planners start planning for increasingly wild and unpredictable climate conditions, grid failures will happen again and again.

“It’s essentially a question of how much insurance you want to buy,” said Jesse Jenkins, an energy systems engineer at Princeton University. “What makes this problem even harder is that we’re now in a world where, especially with climate change, the past is no longer a good guide to the future. We have to get much better at preparing for the unexpected.”

While freezing weather is rarer, grid operators in Texas have also long known that electricity demand can spike in the winter, particularly after damaging cold snaps in 2011 and 2018. But this week’s winter storms, which buried the state in snow and ice, and led to record-cold temperatures, surpassed all expectations — and pushed the grid to its breaking point.

The problems compounded from there, with frigid weather on Monday disabling power plants with capacity totaling more than 30 gigawatts. The vast majority of those failures occurred at thermal power plants, like natural gas generators, as plummeting temperatures paralyzed plant equipment and soaring demand for natural gas left some plants struggling to obtain sufficient fuel. A number of the state’s power plants were also offline for scheduled maintenance in preparation for the summer peak.

In essence, experts said, an electric grid optimized to deliver huge quantities of power on the hottest days of the year was caught unprepared when temperatures plummeted.

While analysts are still working to untangle all of the reasons behind Texas’ grid failures, some have also wondered whether the unique way the state manages its largely deregulated electricity system may have played a role. In the mid-1990s, for instance, Texas decided against paying energy producers to hold a fixed number of backup power plants in reserve, instead letting market forces dictate what happens on the grid.

On Tuesday, Gov. Greg Abbott called for an emergency reform of the Electric Reliability Council of Texas, the nonprofit corporation that oversees the flow of power in the state, saying its performance had been “anything but reliable” over the previous 48 hours.

In theory, experts said, there are technical solutions that can avert such problems.

Wind turbines can be equipped with heaters and other devices so that they can operate in icy conditions — as is often done in the upper Midwest, where cold weather is more common. Gas plants can be built to store oil on-site and switch over to burning the fuel if needed, as is often done in the Northeast, where natural gas shortages are common. Grid regulators can design markets that pay extra to keep a larger fleet of backup power plants in reserve in case of emergencies, as is done in the Mid-Atlantic.

But these solutions all cost money, and grid operators are often wary of forcing consumers to pay extra for safeguards.

“Building in resilience often comes at a cost, and there’s a risk of both underpaying but also of overpaying,” said Daniel Cohan, an associate professor of civil and environmental engineering at Rice University. “It’s a difficult balancing act.”

In the months ahead, as Texas grid operators and policymakers investigate this week’s blackouts, they will likely explore how the grid might be bolstered to handle extremely cold weather. Some possible ideas include: Building more connections between Texas and other states to balance electricity supplies, a move the state has long resisted; encouraging homeowners to install battery backup systems; or keeping additional power plants in reserve.

The search for answers will be complicated by climate change. Over all, the state is getting warmer as global temperatures rise, and cold-weather extremes are, on average, becoming less common over time.

“This is going to be a significant challenge,” said Emily Grubert, an infrastructure expert at Georgia Tech. “We need to decarbonize our power systems so that climate change doesn’t keep getting worse, but we also need to adapt to changing conditions at the same time. And the latter alone is going to be very costly. We can already see that the systems we have today aren’t handling this very well.”