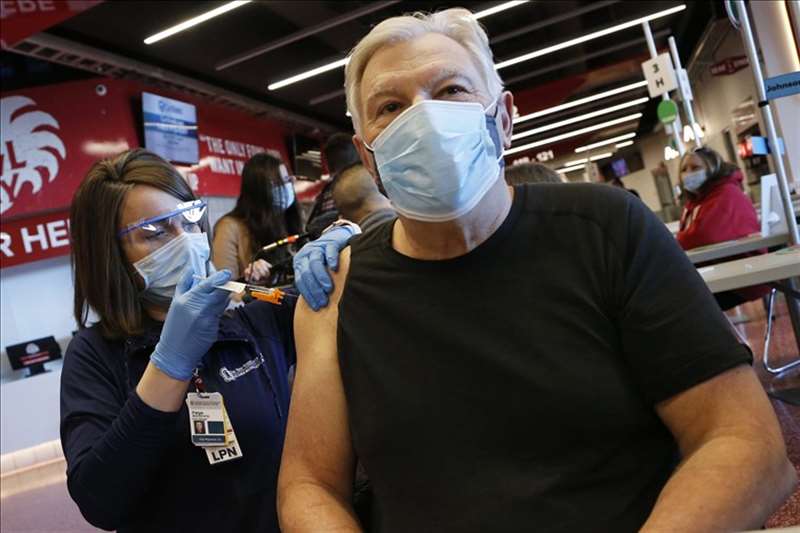 A vaccine in the middle of the night. A vaccine brought to your front door. A vaccine waiting for you at your job.

The recently approved Covid-19 vaccine from Johnson & Johnson is opening up a menu of new ways to get shots into arms, giving state and local health departments, pharmacies and other vaccinators greater flexibility in how the shots can be delivered and in determining who gets them and when.

In the few days since Johnson & Johnson began shipping doses nationwide, government agencies and health care providers have announced plans to experiment with different ways of administering doses that they couldn’t have done with the two earlier vaccines because they required ultra-cold storage and two shots.

“This is one of the very best uses for the Johnson & Johnson vaccine,” New York City Mayor Bill de Blasio said in a briefing this week where he described plans to devote a lot of the city’s allocation to mobile clinics targeting homebound seniors.

Officials in states including Idaho, Maryland, Massachusetts, Minnesota and Washington said they were planning similar programs but had not yet started them as doses were just arriving.

“It wasn’t until the J&J came online that we were able to give it the green light,” said Matt McGrath, a spokesperson for the Chicago Department of Aviation. He said the program at O’Hare will aim to vaccinate 5,000 workers a week, from pilots to taxi drivers who service air travelers.

Numerous cities and counties said they’re planning to expand mobile vaccinations or programs aimed at rural communities. And in New York City and Syracuse, New York, vaccination appointments are now available in the dead of night.

The new tactics fulfill one major hope for the Johnson & Johnson vaccine leading up to its federal authorization for emergency use: that it would be easier to distribute than the two vaccines that came before it, from Pfizer-BioNTech and Moderna, primarily because of the less demanding storage requirements.

The Johnson & Johnson vaccine is relatively low-maintenance. It can be kept in regular refrigerators, and it requires only a single dose. The Moderna and Pfizer vaccines require two shots, three to four weeks apart.

A single-shot regimen eliminates the need to remind people about a booster, a major logistical headache in a large-scale vaccine rollout, said Albert Peguero, manager of emergency preparedness for Bristol Health in Connecticut.

“We want to make sure they can complete the vaccination series,” he said. “When you go out into the community to find people to vaccinate, it can be a logistical challenge to go out two or three weeks alter and find them again.”

Bristol Health hopes to launch its first mobile vaccination clinics once it receives an allocation of Johnson & Johnson doses, Peguero said. The health system already sends caregivers to people who are homebound, he said, so “it just makes sense, because they’re already visiting patients.”

Beth Malasky, spokesperson for Queen Anne’s County, Maryland, said the county received 100 doses of the Johnson & Johnson vaccine this week and would use all of it for mobile health units — but would switch to using it in a clinic  if the county got more. She said the county anticipates that a one-dose regimen will be more effective for people who are homebound, who have transportation difficulties or who just fear needles.

“There’s a lot of situations where that would be beneficial: to just have to get someone one time,” she said.

Johnson & Johnson’s product may suffer from a perception problem. Evidence from clinical trials showed it to be 100 percent effective against hospitalization and death, but it was slightly less effective than the others in preventing illness overall, although its sample was different and more varied. The Washington Post reported that some government officials fear people will ask, “Why didn’t you give us the good stuff?”

The Biden administration said this week that its distribution of the Johnson & Johnson vaccine would happen evenly, allocating to each state, tribe or territory based on population.

But once the doses filter down, different states may use them differently. And they are.

The vaccine also holds the prospect of allowing house calls.

De Blasio said that the city was preparing to stand up a vaccination drive this month for homebound seniors using the Johnson & Johnson vaccine, providing door-to-door service for people who can’t leave their homes.

The house calls would initially focus on 33 neighborhoods identified by the city as hardest hit by Covid-19 and as sites of racial disparity, de Blasio said. He didn’t give a launch date but said the program would start “very quickly.”

“Clearly, the best way to distribute vaccine is in vaccine centers — except if someone literally can’t get to one,” de Blasio said at a news briefing.

The Johnson & Johnson doses were more “portable,” he said. “And, obviously, if you’re a home-bound senior, if you can get it done in one shot, that makes a lot more sense. You do not have the option of going out and getting your second shot.”