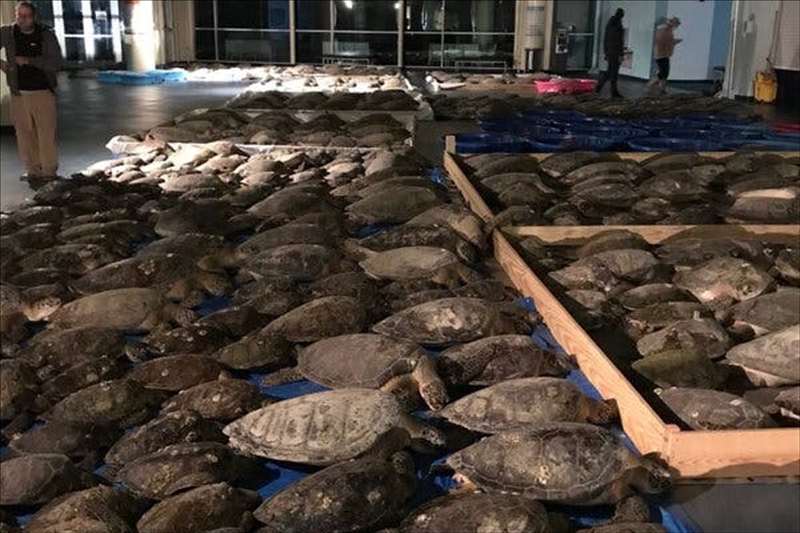 The turtles are among some of the state’s wildlife that have been threatened during this week’s winter storm.

Several animal species have been threatened by record-low temperatures in Texas this week, including about 3,500 sea turtles that were rescued and brought to the relative safety of dry land.

In cold temperatures, turtles can fall victim to a condition called a “cold stun,” when their body temperatures fall so low that they lose their ability to swim, eat or even hold their head above water.

“You could put a cold-stunned turtle in a half an inch of water and they’d drown,” said Wendy Knight, the executive director of Sea Turtle Inc., a nonprofit group in South Padre Island, Texas, that is helping keep the turtles safe until they can return to the water.

Turtles that have been rescued by people on beaches or in boats are being put on plastic-covered pallets and allowed to warm for several days in the South Padre Island Convention Center.

Also at immediate risk are a few dozen turtles housed at the Sea Turtle headquarters, where most are being rehabilitated for injuries. The facility is approaching its third day without power.