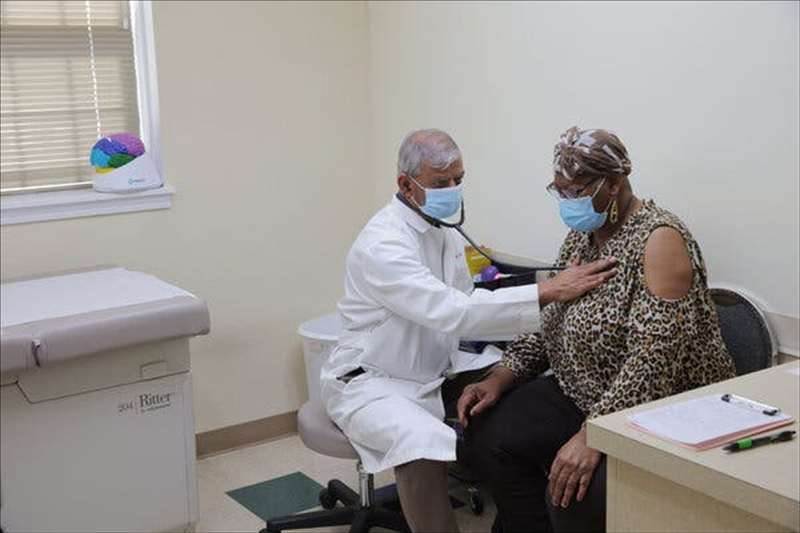 Yvette Lowery usually gets her annual mammogram around March. But last year, just as the pandemic was gaining a foothold and medical facilities were shutting down, the center where she goes canceled her appointment. No one could tell her when to reschedule.

In August, Ms. Lowery felt a lump under her arm but still couldn’t get an appointment until October.

Eventually, she received a diagnosis of Stage 2 breast cancer, started chemotherapy in November and had a double mastectomy this month.

“I’ve been seeing a lot of patients at an advanced stage,” said Dr. Kashyap B. Patel, one of Ms. Lowery’s doctors and the chief executive of Carolina Blood and Cancer Care Associates. If her cancer had been detected last May or June, it would have probably been caught before it had spread, Dr. Patel said.

Months of lockdowns and waves of surging Covid cases throughout last year shuttered clinics and testing labs, or reduced hours at other places, resulting in steep declines in the number of screenings, including for breast and colorectal cancers, experts have said.

Another analysis of Medicare data suggested that as Covid cases spiked during certain periods in 2020, cancer screenings fell. The analysis — conducted by Avalere Health, a consulting firm, for Community Oncology Alliance, which represents independent cancer specialists — found that testing levels in November were about 25 percent lower than in 2019. The number of biopsies, used to diagnose cancer, decreased by about one-third.

While it is too early to assess the full impact of the delays in screenings, many cancer specialists say they are concerned that patients are coming in with more severe disease.

“There’s no question in practice that we are seeing patients with more advanced breast cancer and colorectal cancer,” said Dr. Lucio N. Gordan, the president of the Florida Cancer Specialists & Research Institute, one of the nation’s largest independent oncology groups. He is working on a study to see if, over all, these missed screenings resulted in more patients with later-stage cancers.

And even though the numbers of mammograms and colonoscopies have rebounded in recent months, many people with cancer remain undiagnosed, doctors are reporting.

Some patients, like Ms. Lowery, could not easily get an appointment once clinics reopened because of pent-up demand. Others skipped regular testing or ignored worrisome symptoms because they were afraid of getting infected or after losing their jobs, they couldn’t afford the cost of a test.

“The fear of Covid was more tangible than the fear of missing a screen that detected cancer,” said Dr. Patrick I. Borgen, the chair of surgery at the Maimonides Medical Center in Brooklyn who also leads its breast center. His hospital treated such large numbers of coronavirus patients early on that “we’re now associated as the Covid hospital,” he said, and healthy people stayed away to avoid contagion.

Even patients at high risk because of their genetic makeup or because they previously had cancer have missed critical screenings. Dr. Ritu Salani, the director of gynecologic oncology at the UCLA Health Jonsson Comprehensive Cancer Center said one woman, who was at risk for colon cancer, had a negative test in 2019 but didn’t go for her usual screening last year because of the pandemic.

When she went to see her doctor, she had advanced cancer. “It’s just a devastating story,” Dr. Salani said. “Screening tests are really designed when patients aren’t feeling bad.”

Ryan Bellamy felt no hurry last spring to reschedule a canceled colonoscopy, even though the presence of blood in his stool had prompted him to look up symptoms. “I really didn’t want to go to the hospital,” Mr. Bellamy said. He decided it was unlikely he had cancer. “They’re not following up with me so I’m OK with Googling,” he told himself.

A resident of Palm Coast, Fla., Mr. Bellamy said that after his symptoms worsened, his wife insisted that he go for testing in December, and he had a colonoscopy in late January. With a new diagnosis of Stage 3 rectal cancer, Mr. Bellamy, 38, is undergoing radiation treatment and chemotherapy.

Colon screening remained significantly lower in 2020, declining about 15 percent from 2019 levels, according to the Epic network data, although overall screenings were down 6 percent. The analysis looked at screenings for more than 600 hospitals in 41 states.

Lung cancer patients have also delayed seeking appropriate care, said Dr. Michael J. Liptay, chairman of cardiovascular and thoracic surgery at Rush University Medical Center in Chicago. One patient had imaging that showed a spot on his lung, and he was supposed to follow up, just as the pandemic hit. “Additional work-up and care was deferred,” Dr. Liptay said. By the time the patient was fully evaluated, the cancer had increased in size. “It wasn’t a good thing to wait 10 months,” Dr. Liptay said, although he was uncertain whether earlier treatment would have changed the patient’s prognosis.

Just as previous economic recessions led people to forgo medical care, the downturn in the economy during the pandemic has also discouraged many people from seeking help or treatment.

“We know cancers are out there,” said Dr. Barbara L. McAneny, the chief executive of New Mexico Oncology Hematology Consultants. Many of her patients are staying away, even if they have insurance, because they cannot afford the deductibles or co-payments. “We’re seeing that, particularly with our poorer folks who are living on the edge anyway, living paycheck to paycheck,” she said.

Some patients ignored their symptoms as long as they could. Last March, Sandy Prieto, a school librarian who lived in Fowler, Calif., had stomach pain. But she refused to go to the doctor because she didn’t want to get Covid. After having a telehealth visit with her primary care doctor, she tried over-the-counter medications, but they didn’t help with the pain and nausea. She continued to decline.

“It got to the point where we didn’t have a choice,” said her husband, Eric, who had repeatedly urged her to go to the doctor. Jaundiced and in severe discomfort, she went to the emergency room at the end of May and was given a diagnosis of Stage 4 pancreatic cancer. She died in September.

“If it wasn’t for Covid and we could have gotten her some place earlier, she would still be with us today,” said her sister, Carolann Meme, who had tried to persuade Ms. Prieto to go to an academic medical center where she might have gotten into a clinical trial.

When patients like Ms. Prieto are not seen in person but treated virtually, doctors may easily miss important symptoms or recommend medication rather than tell them to come in, said Dr. Ravi D. Rao, the oncologist who treated Ms. Prieto. Patients may downplay how sick they feel or neglect to mention the pain in their hip, he said.

“In my mind, telemedicine and cancer don’t travel together,” Dr. Rao said. While he also made use of telemedicine during the height of the pandemic, he says he worked to keep his offices open.

Other doctors defended the use of virtual visits as a critical tool when office visits were too hazardous for most patients and staff. “We were grateful to have a robust telemedicine effort when people simply couldn’t come into the center,” said Dr. Borgen of Maimonides. But he acknowledged that patients were frequently reluctant to discuss their symptoms during a telehealth session, especially a mother whose young children could be listening to what they were saying. “It’s not private,” he noted.

Some health networks say they took aggressive steps to try to counteract the effects of the pandemic. During the initial stay-at-home order last year, Kaiser Permanente, the large California-based managed care outfit, spotted a declining number of breast cancer screenings and diagnoses in the northern part of the state. “Doctors immediately got together” to begin contacting patients, said Dr. Tatjana Kolevska, medical director for the Kaiser Permanente National Cancer Excellence Program.

Kaiser also relies on its electronic health records to make appointments for women who are overdue for their mammograms when they book an appointment with their primary care doctor or even want to get a prescription for new glasses.

While Dr. Kolevska says she is waiting to see data for the system as a whole, she has been encouraged by the number of patients in her practice who are now up to date with their mammograms.

“All of those things put in place have helped tremendously,” she said.