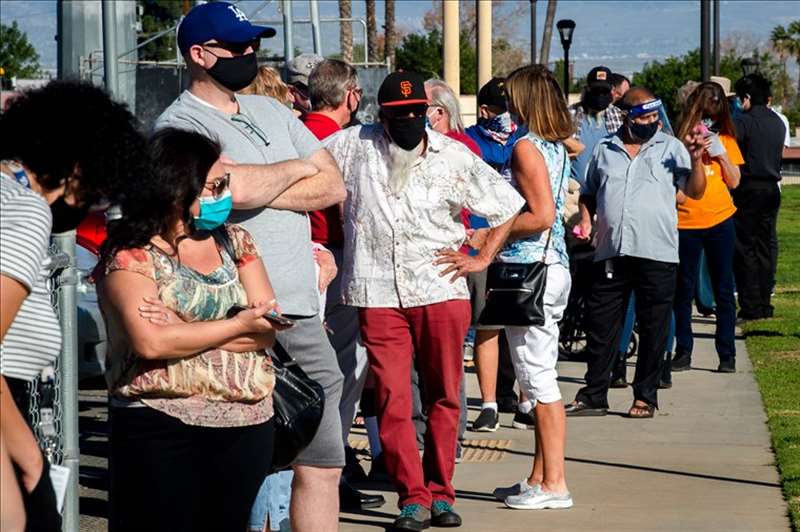 As the nation takes on one of the largest logistical challenges in history with the rollout of the Covid-19 vaccination program, many Americans have asked why Big Tech can’t run the operation. If Amazon can deliver a phone charger in two days, why can’t it use its logistical prowess to speedily vaccinate a nation? With all of the data that Google collects about its users, why can’t it track down and identify who needs a vaccination?

“We have the scale of this pandemic: you’re trying to vaccinate 300 million-plus people,” said J.T. Lane, the innovation officer for the Association of State and Territorial Health Officials, a professional organization for public health officials. “That’s the biggest effort of our lifetime.”

Take for example what recently happened in Iowa: It took just one week for the state to cancel its contract with Microsoft to run its vaccination booking system. But officials said it was not because Microsoft’s technology was insufficient. It was too difficult even for a tech giant like Microsoft to combine the patchwork of existing digital infrastructure across 99 counties.

“We understand and support the state of Iowa’s decision to optimize their existing system rather than building a different system across many of their existing platforms,” said Montana MacLachlan, a Microsoft spokesperson.

But one of the most common ways Big Tech companies like Google, Salesforce and Microsoft are helping is meeting mixed results. That’s because they’re trying to create statewide websites that let people schedule vaccination appointments.

“When tech companies put up their hands — we as the state and we as representatives of the public are entitled to as good of a service and uptime as a company selling sweaters, and we shouldn’t be having a substandard experience,” she said.

MacLachlan, the Microsoft spokesperson, said in an email that the company was working with New Jersey “to deliver vaccinations as quickly, safely and efficiently as possible, and that includes addressing some technical issues.”

But for now, MyTurn, which is run by the California Department of Public Health, only offers vaccines to much of the state’s urban area and has left out many suburban counties along with some agricultural and rural areas. That statewide online search tool does not account for CVS and Walgreens, two large retailers that have entirely separate pipelines of vaccines and are not enlisting Silicon Valley for help. It also does not account for major health care providers across the state, like Kaiser Permanente, which are running their own separate signup systems.

But public health experts say that these challenges are not necessarily Big Tech’s fault. Tech companies are caught between how state and county health departments set up vaccination sign-ups. Some systems focus on vaccinating as many people as possible. But other public health departments are focused on vaccinating overlooked elderly, minority and low-income populations who have less reliable internet access.

Some local jurisdictions seem pleased with how Big Tech companies have helped them welcome an arguably daunting number of visitors to their sites.

“Overall I’ve been really proud of the system and that we haven’t had an outage yet — we’ve had 380,000 people registered in the system,” said Jefferson McMillan-Wilhoit, director of health informatics and technology for the Lake County Health Department. He noted that without the $5.5 million deal with Salesforce, which constitutes a notable portion of his department’s $80 million annual budget, it would have been nearly impossible to set up this digital infrastructure so quickly.

North Carolina recently signed a nearly $1.1 million contract with Google to provide services for the next year as a way to create a unified statewide system, rather than having citizens and county public health entities run their own.

“We stood it up and it went live and we pressure-tested it for 1.4 million users [in a four-hour window] and we are getting hundreds of thousands [of hits in that same window of time],” said Sam Gibbs, North Carolina’s deputy secretary for technology and operations, noting that the state’s population is about 10.5 million.

But public health officials note that regardless of how well tech companies create vaccination sign-up websites, there are some crucial populations they will never reach. That’s because there are still millions of Americans who need vaccines but who don’t have access to the internet to even sign up. Rhoads suggests that local health departments find ways to reach out to the populations who do not have the skills, internet access or trust in Big Tech companies to use these sites.

“Bigger is not better. And it just goes back to volume versus equity,” said Rhoads. “If we go big, we’re not going to get equity. With that in mind if we go forward with volume as our priority, we should not be surprised in the end when we don’t get equity.”

Cyrus Farivar is a reporter on the tech investigations unit of NBC News in San Francisco.

April Glaser is a reporter on the tech investigations team for NBC News in San Francisco.