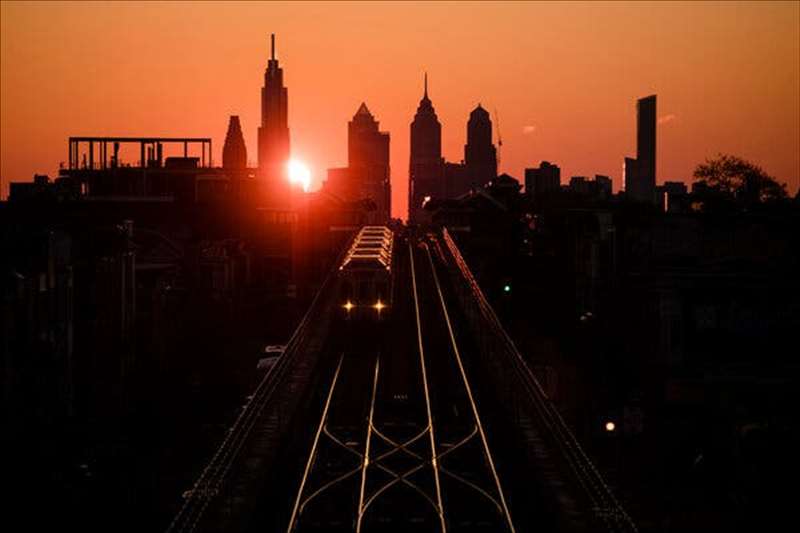 The president’s infrastructure plan tries to break from the past by shifting spending away from new roads and toward public transit. It won’t be easy.

“There’s no question that the share of funding going toward transit and rail in Biden’s proposal is vastly larger than in any similar legislation we’ve seen in our lifetime,” said Yonah Freemark, a senior research associate at the Urban Institute. “It’s a dramatic shift.”

Mass transit and rail got a fraction of the funds at both the federal and state level.

But some experts say this gets the causality backward: Decades of government investment in roads and highways — starting with the creation of the interstate highway system in 1956 — have transformed most cities and suburbs into sprawling, car-centered environments where it can be dangerous to walk or bike. In addition to that, other reliable transit options are scarce.

“We’re almost forcing everyone to drive,” said Catherine Ross, an expert on transportation planning at the Georgia Institute of Technology. “The choices that individuals make are deeply shaped by the infrastructure that we have built.”

But Mr. Biden, a longtime Amtrak rider and proponent, will face hurdles in trying to make the United States more train- and bus-friendly.

The Biden administration may also have limited ability to sway the actions of state and local governments, which still account for the vast majority of transportation spending. Many key urban planning decisions — such as whether to build dense housing near light-rail stations — are made locally, and they can determine whether transit systems thrive or struggle.

“States are the emperors of transportation,” said Beth Osborne, director of Transportation for America, a transit advocacy group. “But so much of the culture of our current program is based on what has come out of the Department of Transportation, so it’s an important statement if the Biden administration is saying it’s time to pivot.”

Analysts cautioned that the White House still has not revealed key details of the plan. Its effectiveness may hinge on how the proposal gets integrated with transportation bills currently being worked on in Congress, which could adjust the balance of funding between highways and transit or impose conditions on how states can use federal funding.

Still, some transit agencies say a large infusion of federal money could be transformative. Many urban transit systems are more than a half-century old and struggle to secure enough funding to address their growing backlog of needed repairs. That typically leaves little money left over to consider major new expansions.

In Philadelphia, the Southeastern Pennsylvania Transportation Authority needs federal aid to move forward on a $2 billion plan to extend rail service to King of Prussia, a fast-growing job center, as well as a $1.8 billion plan to modernize the city’s aging trolleys, said Andrew Busch, a spokesman for the agency.

In the Bay Area, federal funding would be necessary to extend the Bay Area Rapid Transit light-rail system to San Jose and create a regional network of car-pooling lanes, said Randy Rentschler, director of legislation and public affairs at the region’s Metropolitan Transportation Commission.

Other cities have infrequent and often inconvenient connections. For instance, to travel from Cincinnati to Chicago by rail, there is just one train per day. The trip takes nine hours and the train departs at 1:41 a.m.

Yet attempts to expand America’s transit and rail systems may run into pitfalls.

Another challenge will be ensuring that funding goes to the most effective projects. “When a lot of money is raining down from the top, states and localities will do whatever they can to get that money,” said Paul Lewis, vice president for policy and finance at the Eno Center for Transportation, a nonpartisan research center in Washington. “Sometimes, that money may go to projects that aren’t the best projects.”

Some experts have also questioned whether the Biden administration will try to rein in local governments’ preference for major highway-expansion projects that, critics say, continue to deepen the nation’s reliance on automobiles.

But it remains to be seen how these programs will work. For instance, without strict conditions from the federal government, some states could simply take federal money intended for road repair and safety and then use their own state funds for further highway expansion.

“If this money isn’t accompanied by real policy changes,” said Kevin DeGood, director of infrastructure policy at the Center for American Progress, “then states will just keep doing what they’ve always done, which isn’t equitable or green.”