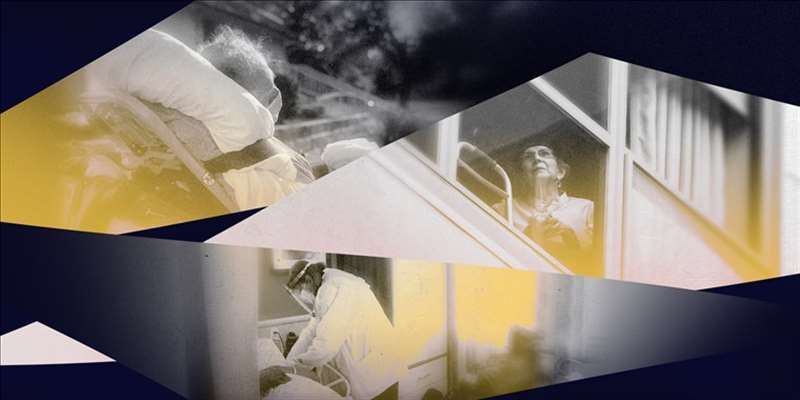 But the virus also revealed how America’s system for long-term care is fundamentally broken in ways that will continue to harm vulnerable residents and workers, long after the pandemic has faded away.

The biggest underlying problem? For all the billions of taxpayer dollars that the United States spends on a system meant to care for frail, elderly residents, not enough money is being invested in caregiving itself, according to interviews with more than a dozen nursing home researchers, advocates, industry representatives and staff members.

“The system is broken. Covid didn’t make it dysfunctional, but Covid showed that it was broken and dysfunctional,” said Robert Kramer, founder of Nexus Insights, a long-term care consulting firm. “We are center stage, in the spotlight — whether we like it or not.”

The devastation wrought by Covid-19, and the public attention it has drawn to America’s nursing home crisis, have created a once-in-a-generation opportunity for far-reaching changes targeting the issues that left these facilities so vulnerable in the first place, experts said.

Elder care advocates are now pushing for a strict accounting of how nursing homes use the public money that fills their coffers, as well as new restrictions on how that money is spent.

Such changes could face significant blowback from an industry that has been battered by the pandemic and is now teetering on the brink of bankruptcy, nursing home leaders say. The long-term care industry says it is doing all it can with limited resources — and that the real solution to better care would be more public money through Medicaid, which makes up the bulk of long-term care funding. That effort could also run aground, though, as states face their own budget crises and the federal government is focused elsewhere.

The biggest obstacle to any sweeping change, however, isn’t the battle between the industry and advocates — it’s simply convincing lawmakers and the public to make long-term care a priority, policy experts said. Though the pandemic pushed nursing homes to the forefront, Americans have historically been loath to confront the issue of caring for the elderly at all.

Nursing homes, by their nature, are ideal breeding grounds for Covid-19: Frail, elderly residents live in close quarters, often requiring support from aides to eat, get out of bed, bathe and get dressed.

This hands-on caregiving is the backbone of what a nursing home provides, and the reason that most residents are in long-term care to begin with. But a chronic failure to value this work, and compensate it accordingly, helped accelerate the pandemic’s catastrophic spread, experts said.

Some facilities relied on staffing agencies to fill in the gap, bringing in temporary workers who were at even higher risk of being exposed. Monique Collins, a contract aide in central Pennsylvania, typically spent just a few weeks at each facility before moving to her next gig.

Collins found that agencies paid far better than staff jobs — $19 or more per hour, instead of $12 or $13 as staff — and she has been working as much as possible to save money for school. The risks were considerable: She was not subject to regular testing for Covid-19 and struggled to acquire her own N95 masks and gowns when facilities didn’t provide enough.

“They didn’t care,” Collins, 31, who has five children, said. Despite the precautions she took, she contracted the virus in late December.

While most nursing aides are paid low wages, their work tending to residents’ basic needs and monitoring their overall well-being should not considered unskilled labor, said Robyn Stone, senior vice president of research for LeadingAge, which represents nonprofit nursing homes.

“The work is not just on the health and medical side,” she said. “It’s about quality of life — helping people to live.”

Only a fraction of the country’s nursing home workers are unionized, but the unions’ recent demands get to the dispute at the heart of America’s long-care care crisis: Whether nursing homes can actually afford to spend more money on staff and the care of residents.

That, advocates say, is the overarching problem with the public money that goes into long-term care — a lack of accountability, whether during pandemic times or not.

“We don’t know where all that money is going, but not enough money is being invested in the care delivered at nursing homes — and predominantly not investing in staff,” said Dr. Rachel Werner, a professor of health care management at the Wharton School of Business. “It’s really become very apparent during the pandemic.”

But even after the pandemic recedes, nursing home owners could still be in a highly precarious position, according to industry groups: “Medicaid has not covered the actual cost of care for decades,” the American Health Care Association said.

The overwhelming consensus among industry lobbyists, researchers and consumer advocates alike is that the U.S. has not invested enough in long-term care. But why is the money falling short, and who should get more of it? Are nursing home owners really struggling to keep their facilities afloat — or are they shortchanging the workers and residents?

Advocates insist that federal lawmakers must force the industry to open up its books before offering them more taxpayer money.

“We need more transparency around where money is going — and to what extent it’s being invested into jobs and quality of care versus profits,” said Kezia Scales, director of policy research for PHI, a research and advocacy group for long-term care workers. “Then it will be easier to understand what those rates should be.”

“If you’ve got to have more staff, but you’re not getting a penny more per day for the care you provide, then by definition you’re saying that something’s going to give,” he said, warning that struggling facilities could be forced to cut corners in other ways or shut down altogether.

He agrees, however, about the need for greater disclosure, given the fear and mistrust surrounding nursing homes during the pandemic. “There is this false illusion that there is all this money in the related companies, and if we just recovered that, we’d have enough to pay for living wages,” he said.

That extra money doesn’t exist, he said, “but until there is greater accountability and transparency, nobody is going to believe it.”

The proposal, however, doesn’t detail how this would be achieved, other than by supporting access to union organizing. The White House reaffirmed its commitment to its plan to help caregivers “who are long overdue for policies that value the dignity of their work” and stressed that “it is a priority for this administration,” White House spokesman Kevin Munoz said in a statement. But any bill that requires congressional approval would face a legislative calendar that is jampacked with other priorities and a limited window for potential action, given Democrats’ slim majorities.

“What is the answer for our elders? This is a moment of opportunity,” said Schakowsky, the Illinois congresswoman, who warns that failing to address the root problems will only fuel more cases of abuse, neglect and premature death. “It could get worse, not better.”

Suzy Khimm is a national investigative reporter for NBC News based in Washington, D.C.