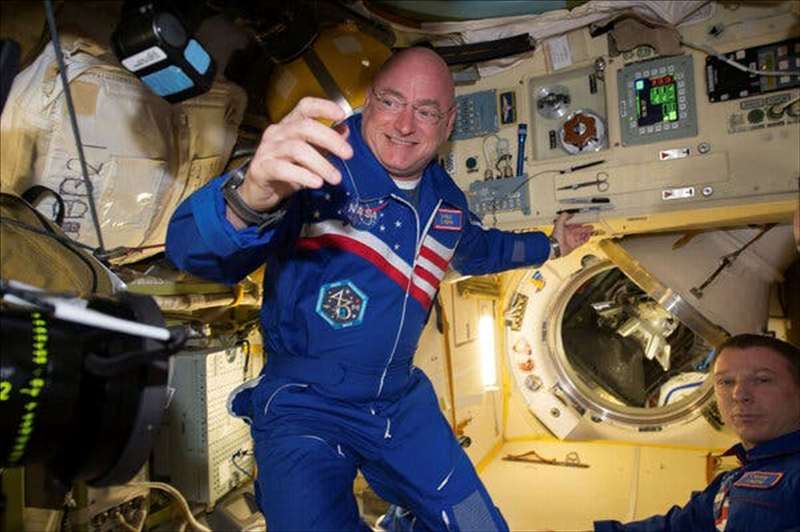 After almost a year in space, Scott Kelly’s heart diminished, but he remained reasonably fit.

But a smaller heart did not appear to have any ill effects on Mr. Kelly.

“He did remarkably well over one year,” said Dr. Benjamin D. Levine, the senior author of the Circulation paper and a professor of internal medicine at the University of Texas Southwestern Medical Center and Texas Health Presbyterian Dallas.

“His heart adapted to the reduced gravity,” Dr. Levine said. “It didn’t become dysfunctional, the excess capacity didn’t get reduced to a critical level. He remained reasonably fit. His heart shrank and atrophied kind of as you’d expect from going into space.”

Without the pull of gravity, the heart does not have to pump as hard, and like any other muscle, it loses some fitness from less strenuous use. For Mr. Kelly, the shrinkage occurred even though he exercised almost every day on the space station, a regimen that has proved effective at limiting the brittling of bone and loss of muscle overall.

But a smaller heart could be a concern for future missions to Mars.

Based on the experience of Mr. Kelly and other astronauts on the space station, “They’ll probably be OK,” Dr. Levine said. But problems could arise if an astronaut were injured or fell sick and could not exercise. Or if the exercise equipment broke. With weaker hearts, they could become lightheaded and faint when stepping foot on the red planet after months of weightless travel.

Scientists thought that the hours of swimming would be strenuous enough to maintain Mr. Lecomte’s heart, which was observed by periodic echocardiograms. Instead it shrank, almost as quickly as Mr. Kelly’s had in space.

Over 159 days — Mr. Lecomte had to abandon the swim less than a third of the way into a planned 5,650-mile journey after the boat was damaged in a storm — the left ventricle of his heart lightened from an estimated six ounces to five ounces. The left ventricle is the biggest and strongest chamber of the heart, pumping blood into the aorta and through the body.

“I was just shocked,” Dr. Levine said. “I really thought that his heart was going to get bigger. This was a lot of exercise that he’s doing.”

In an interview, Mr. Lecomte estimated that his heart rate was “maybe in the low hundreds” as he swam and described the intensity of long-distance swimming as “more like a fast walking, maybe, or a very slow running.”

NASA may now be able to design better exercise programs for astronauts. “There’s a big question as to the appropriate intensity and duration of exercise,” said Dr. James MacNamara, a cardiology fellow at the University of Texas Southwestern Medical Center and another author of the paper. “Mr. Lecomte’s swimming gave us an opportunity to look at someone who did a whole lot” of low-intensity exercise.

On the space station, Mr. Kelly exercised six days a week, jogging on a treadmill for about 30 to 40 minutes or working out on a stationary bicycle. In addition, he used a resistance machine that mimicked the lifting of weights.

“It’s pretty strenuous,” Mr. Kelly, now retired from NASA, said in an interview. “You push it pretty hard, more weight than I would lift at home here certainly.”

The hearts of both Mr. Kelly and Mr. Lecomte slimmed at a rate of about 1/40th of an ounce a week.

Mr. Kelly joked that he found the study interesting because it found “my heart acted similar to an elite athlete.”

Dr. Levine said another study looked at the hearts of 13 astronauts before and after six-month stays at the space station. That study, not yet published, provides a broader range of data that appears reassuring.

“What’s really interesting,” Dr. Levine said, “is that it kind of depended on what they did before they flew.”

For the most athletic astronauts, their hearts lost mass in space, just as Mr. Kelly’s had. But for those who were couch potatoes on Earth but then had to exercise regularly on the space station, their hearts, like the Grinch’s in the Dr. Seuss story, grew in size.

That was not because they were experiencing newfound kindness and generosity but simply increased exertion.

“The heart is like any other muscle, and it responds to the load that’s placed on it,” Dr. Levine said.

NASA has provided financing to study the heart health of the next 10 astronauts who spend a year in space.

Mr. Kelly said that his body, which experienced other changes, including bone loss, has almost returned to normal.

“I don’t have any symptoms from being in space, at least no physical ones,” he said. “Today, if you let me, I’d go do it all over again.”