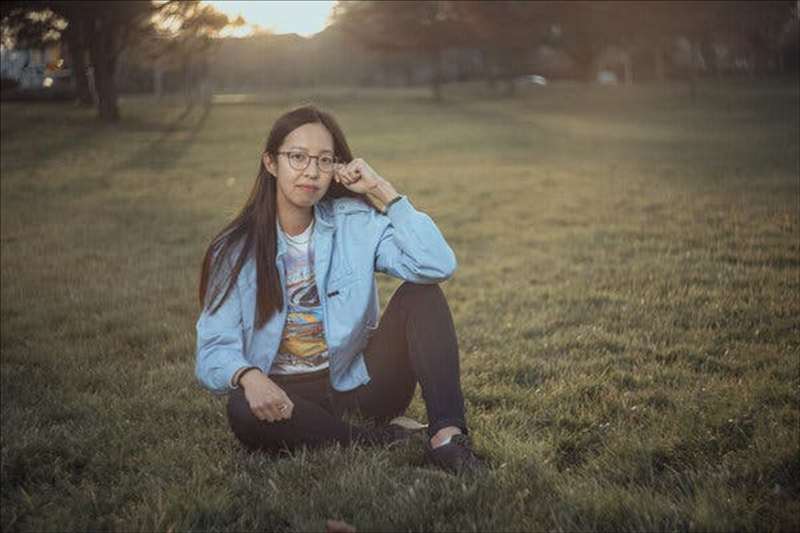 The National Science Foundation is a federal agency that finances several billion dollars in grants each year to support a swath of basic science research in the United States, including biology, chemistry, computer science, geosciences, mathematics and physics. For university professors and others in academia, the N.S.F. often provides the crucial financial lifeblood for a successful career.

The success rate of proposals led by Asian scientists is about 20 percent below the overall rate — a disparity that has persisted for two decades and runs counter to the common narrative that Asian Americans dominate the sciences and engineering fields in the United States.

“There’s this model minority myth that is a stereotype that suggests that Asians don’t experience academic challenges,” said Christine Yifeng Chen, a geoscientist at Lawrence Livermore National Laboratory in California and the lead author of the eLife paper. “And that’s not true.”

Dr. Chen acknowledges that the public N.S.F. reports do not provide enough detail for a full analysis of the disparities. The paper’s authors requested finer-grained data from the N.S.F. and did not receive a response.

Many universities and other institutions have in recent years recognized racial disparities in research.

That often does not mean that institutions deliberately discriminate against nonwhites. Rather, the bias could be subconscious and inadvertent. For example, a reviewer of a funding request might be inclined to think more highly of a researcher from an Ivy League university over one from a historically Black institution.

In an interview, Dr. Jan said of the study by Dr. Chen and her colleagues, “The general finding is consistent with everything I’ve seen.”

Asian scientists are underappreciated, Dr. Jan said, and unlike other nonwhite groups, efforts are not made to raise their stature.

However, critics argue that the disparities in the N.S.F. grants may be just a temporary blip reflecting more diverse demographics among younger people entering these fields.

The National Science Foundation receives tens of thousands of proposals each year. When they submit their proposals, the lead scientists, or principal investigators, can volunteer racial and ethnic information about themselves.

Most proposals are reviewed by scientists outside the agency. Based on the reviews, N.S.F. program officers in charge of particular topic areas then recommend specific proposals for financing. An N.S.F. spokesman said the agency did not have the racial and ethnic information about the reviewers.

“No matter how you looked at the data, proposals by white P.I.s were always funded above average rates,” Dr. Chen said. If anything, white researchers have become more successful over time, she said.

Dr. Chen, a postdoctoral researcher at Livermore who is developing tools that could help identify the origins of smuggled radioactive materials, never intended to delve into this topic. But after hearing about the disparities in science foundation grants, she looked at the N.S.F. reports that documented them.

Dr. Chen reached out to a broader group of scientists to help analyze the data.

“I have always wanted to believe in merit, in meritocracy,” said Rosanna A. Alegado, a professor of oceanography at the University of Hawaii and another author of the eLife paper. “Because if I didn’t, it would be just incredibly disheartening.”

From 1999 to 2019, the proportion of proposals that received funding fluctuated between 22 and 34 percent depending on the number of submissions and the available budget, which varies based on yearly congressional appropriations.

In 2019, for example, the science foundation received 41,024 proposals and financed 27.4 percent of them. A typical grant lasts three years, and the average annual award amount that year, including both new awards and continuing awards, was $189,000.

For proposals led by white scientists, 31.3 percent were funded, while only 22.7 percent of those led by Asian scientists were funded.

“Presenting the data in a very clear and organized way is new and might be surprising for people,” said Rachel E. Bernard, a professor of geology at Amherst College who was one of the reviewers of the eLife paper.

The causes of the racial disparities in the N.S.F. funding remain unclear.

“I know that the paper has inspired a lot of conversations and a lot of interest,” said Alicia J. Knoedler, who leads the office of integrative activities at the N.S.F.

Two physicists at Los Alamos National Laboratory in New Mexico, Charles Reichhardt and Cynthia J. Olson Reichhardt, are among those who argue that the disparities in the funding rates are not evidence of systemic bias against Asians in the review process.

Asian scientists also often apply for computer science and engineering grants, which are more difficult to obtain, they said.

But Dr. Chen and her colleagues respond that the Reichhardts’ analysis also relies on assumptions — in particular, that the increasing percentage of proposals from Asian scientists reflects a surge in the hiring of young Asian scientists. The success rate of an early career scientist trying to win a first N.S.F. grant is only about two-thirds that of a scientist who has previously obtained one.

However, Dr. Chen and her colleagues said that data from the National Center for Science and Engineering Statistics, which is part of the N.S.F., showed that the ratio of Asians to whites among assistant professors — younger faculty members who have not yet received tenure — has increased only modestly between 1999 and 2019, far lower than the factor of 2.5 used by the Reichhardts in their calculations.

That assumption — that there are more than twice as many Asians as whites among new hires — is “unreasonably high, to the point where it is not plausible or reasonable,” said Aradhna E. Tripati, a professor at the University of California, Los Angeles, and one of the authors of the eLife paper.

Dr. Chen and her colleagues said that the increase in Asians among science and engineering faculty members more likely reflected the retirements of predominantly white professors who were hired decades ago.

“I wish we had the data instead of relying on assumptions,” Dr. Chen said. “We have tried to make it very clear this isn’t the end of the story.”.

Officials often debate for years the causes of racial disparities in scientific funding, and what changes they should make.

The number of Black and Hispanic scientists applying for N.I.H. grants has risen sharply over the past decades, although the numbers are still small.

At the National Science Foundation, the paper by Dr. Chen and her colleagues may already be having an effect.

Dr. Knoedler said a new program called Analytics for Equity would launch this month, asking researchers to propose projects that would investigate diversity data at the N.S.F. and other federal agencies.

At a meeting last month, the National Science Board, which sets policy for the National Science Foundation, voted to establish a commission to study N.S.F.’s review process. One reason that Steven H. Willard, chairman of the board’s committee on oversight, cited for the commission was “internal and external reports of racial disparities in merit review.”