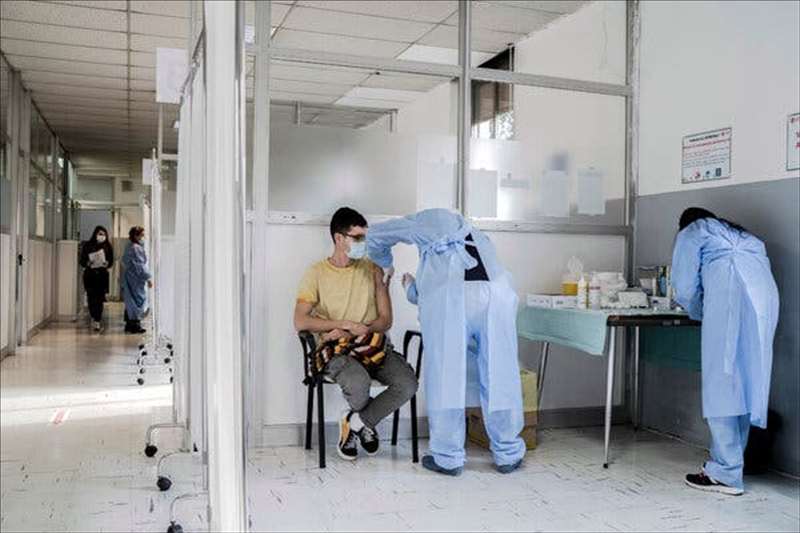 The company is preparing to apply for emergency authorization from the Food and Drug Administration. But the shot may not be needed in the United States.

The coronavirus vaccine developed by AstraZeneca and the University of Oxford provided strong protection against Covid-19 in a large clinical trial in the United States, completely preventing the worst outcomes from the disease, according to results announced on Monday.

Even so, the better-than-expected results are a heartening turn for AstraZeneca’s shot, whose low cost and simple storage requirements have made it a vital piece of the drive to vaccinate the world.

“The results from the U.S. trial of the Oxford-AstraZeneca vaccine give strong evidence that the vaccine is both safe and highly effective,” Matt Hancock, the British health secretary, said on Monday. “Vaccines are our way out of this, so when you get the call, get the jab.”

Regulators in Europe initiated a safety review of AstraZeneca’s vaccine this month after a small number of people who had recently been inoculated developed blood clots and abnormal bleeding. The trial did not turn up any sign of such problems, although some safety issues can be detected only in the real world, once a drug or vaccine has been given to millions of people.

AstraZeneca said on Monday that it would continue to analyze the new data and prepare to apply in the coming weeks for emergency authorization from the Food and Drug Administration. The vaccine has already been approved in more than 70 countries, but clearance from American regulators would bolster its global reputation.

Because the United States already has ample supply of vaccines from the three other manufacturers, however, F.D.A. regulators are unlikely to move on the accelerated timeline that they did with other vaccines.

In November, Oxford and AstraZeneca reported that the vaccine was 70 percent effective across studies in Britain and Brazil. But those results were hard to interpret. The findings looked much different in participants who received the first dose of the vaccine at a strength that was not initially planned and then got their second dose many weeks later than originally intended. There were also relatively few older people in those trials. As a result, some public health experts and U.S. health officials viewed those studies as insufficient to tell how well the vaccine worked.

“This was a very big, well-powered study that I think confirms now that this vaccine is a good vaccine,” said Dr. Anthony S. Fauci, the nation’s leading infectious-disease expert. He added that it was premature to say what the vaccine’s role would be in the United States.

Two-thirds of participants in the clinical trial were given the vaccine, with doses spaced four weeks apart, and the rest received a saline placebo. Volunteers were recruited from Chile and Peru in addition to the United States.

The results announced on Monday were based on 141 Covid-19 cases that had turned up among the volunteers in the clinical trial.

None of the volunteers who got the vaccine developed severe symptoms or had to be hospitalized. Five participants who were given the placebo developed severe Covid-19 by the time the interim data were analyzed, and more cases have since turned up in that group, Menelas Pangalos, an AstraZeneca executive, said at a news conference on Monday.

Participants who received the vaccine in the trial had no increased risk of blood clots or related illnesses. And a specific search turned up no cases of cerebral venous sinus thrombosis — blood clots in the brain that can result in dangerous bleeding — that raised some of the most serious concerns in Europe.

“Because of the slight battering the AstraZeneca vaccine has taken over the last few weeks — and particularly in the last week or two in Europe — new data showing it is safe and effective is, if you’ll excuse the phrase, a good shot in the arm,” said Michael Head, a senior research fellow in global health at the University of Southampton in Britain.

The vaccine worked well across ethnicity and age groups, AstraZeneca said. And the vaccine was 80 percent effective in about 6,000 trial volunteers over age 65 — findings likely to quell concerns about insufficient clinical trial data on how well the vaccine works in older people.

Even if the vaccine is not used in the United States, receiving emergency authorization from the F.D.A. — whose rigorous review process is considered the global gold standard — would be an important milestone for AstraZeneca.

“The benefits of these results will mainly be for the rest of the world, where confidence in the AstraZeneca vaccine has been eroded,” said Stephen Evans, a professor of pharmacoepidemiology at the London School of Hygiene and Tropical Medicine.

Although it is difficult to compare vaccines tested in different clinical trials at different points in the pandemic, the new results put AstraZeneca’s shot in the company of other leading vaccines.

A number of key data points that American regulators will need to scrutinize the vaccine were missing from the company’s news release.

It was unclear, for example, how up to date the data are. If the analysis was conducted on data from a month or two ago, it is possible that a more current look would present a different picture of the vaccine’s effectiveness and safety. The company will provide the F.D.A. with a more comprehensive, recent set of data than what AstraZeneca disclosed on Monday.

AstraZeneca’s relationship with U.S. authorities has been fraught since last year, when senior health officials believed the company was not forthright about the design of its clinical trials, its results and safety issues. That skepticism carried over to last week, when senior officials at a number of federal health agencies had grown even more suspicious.

An analysis by the independent safety monitoring board helping oversee the U.S. trial was delayed several times because the board had to ask for revised reports from those handling trial data on behalf of the company, according to a person familiar with the matter who was not authorized to discuss it publicly.

“As is often the case, D.S.M.B.s can request new or clarifying analyses of data from the trial,” an AstraZeneca spokeswoman said, referring to data and safety monitoring boards. “This would enable them to ensure the robustness of their determinations.”

Still, the holdup with the data again tested American officials’ trust in the company. Suspicion intensified so much last week that some government officials and vaccine experts were speculating about whether the company was sitting on its results or working to frame them in a more flattering light.

In fact, the company did not yet have its results until this past weekend, Dr. Pangalos said.