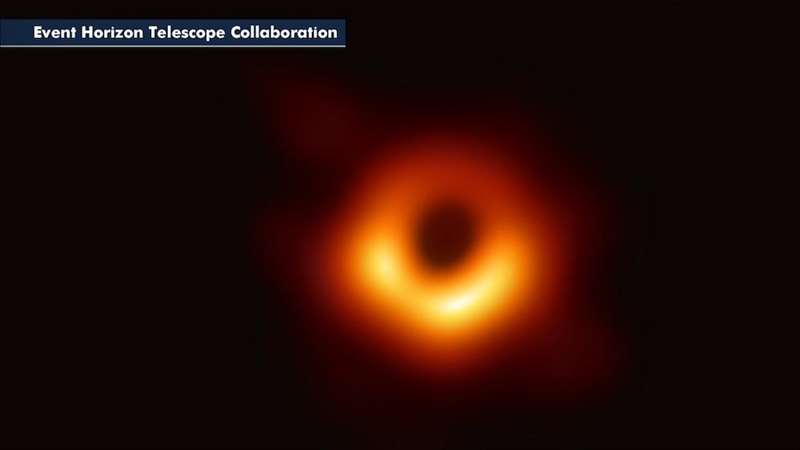 Former NASA astronaut Mike Massimino explains what can be learned from the groundbreaking discovery.

The team of more than 300 researchers had produced the first-ever image of a black hole – from 55 million light-years away – in April of 2019.

From data first collected in 2017, the scientists discovered that a significant fraction of the light at the black hole’s near-horizon region was polarized.

The group also noted that the polarization position angles are arranged in an almost “azimuthal pattern.”

The data was then carried out by using multiple independent imaging and modeling techniques.

While most matter near the edge of a black hole falls into it, some of the surrounding particles are blown out in the opposite direction in jets.

Astronomers still don’t fully understand this process, nor how matter falls into the black hole, but the new EHT image provides information about the structure of the magnetic fields just outside the black hole.

Only theoretical models with strongly magnetized gas could explain the event, the release says.

“This setup allowed the team to directly observe the black hole shadow and the ring of light around it, with the new [polarized-light] image clearly showing that the ring is magnetized,” the release said.

“No one has ever made this kind of image before,” Bower said. “Remarkably, the data forming this image is the same that was used to make the iconic first image of a black hole released two years ago. We took two years to analyze the data in a new way that allows us to separate the polarizations of light, a process like putting polarized sunglasses on our telescope.”