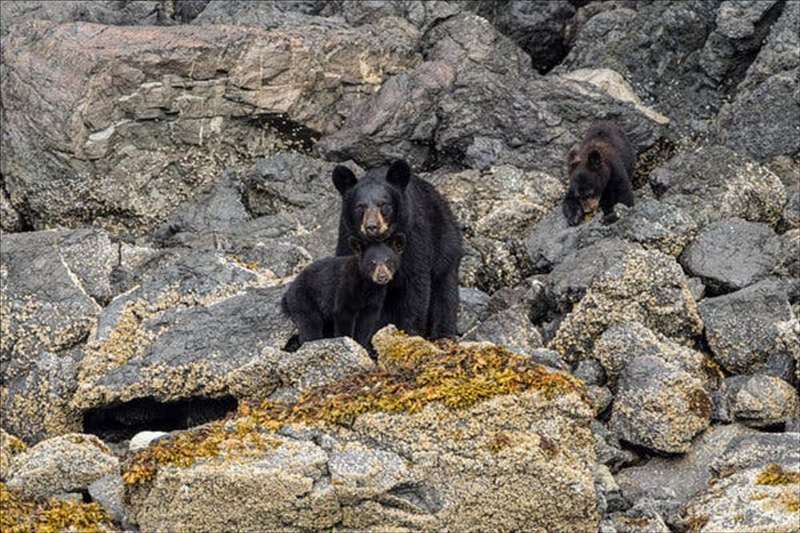 A new rule proposed by the administration would also bar hunters from invading wolf dens to kill pups.

WASHINGTON — The National Park Service is moving to prohibit hunters on some public lands in Alaska from baiting black bears with doughnuts and using spotlights to shoot hibernating bears and cubs in their dens, techniques allowed by the Trump administration but considered inhumane by conservationists.

A rule proposed by the National Park Service on Friday would essentially restore restrictions that existed during the Obama administration but were gutted under President Donald J. Trump.

Under the new policy, hunters on Alaska wildlife preserves would also no longer be able to kill adult wolves and pups in their dens, or use motorboats to shoot swimming caribou.

Those and other methods, which have been condemned as cruel by wildlife advocates, were outlawed on federal lands in 2015 but, since 2020, have been allowed on millions of acres of Alaskan wilderness. Agency officials said the new rule would “restore consistency” and protect the public.

“This proposal would lower the risk that bears will associate food at bait stations with humans and become conditioned to eating human-produced foods, thereby creating a public safety concern,” the National Park Service said in a statement.

“We have long argued that our government must protect our nation’s treasured wildlife and not be working hand-in-hand with trophy hunters to sanction some of the most ruthless killing methods targeted at defenseless animals,” said Kitty Block, president of the Humane Society of the United States, in a statement.

Many hunting advocates and Alaska state leaders said they considered the Obama-era restrictions an encroachment on state rights. Senator Dan Sullivan, an Alaska Republican, called the Obama administration’s rule an “attack” on Alaska’s game management authority. He did not immediately respond to a request for a comment.

The new rule is likely to continue an already protracted legal battle.

A coalition of conservation groups sued the government over the Trump administration policy in 2020, and the case is still pending. Meanwhile, hunting advocates may challenge the Biden administration’s plan once it is finalized, likely by the end of this year. The Safari Club International, a hunters’ rights group that has said it will oppose any increased restrictions on hunting access, did not respond to a request for comment.