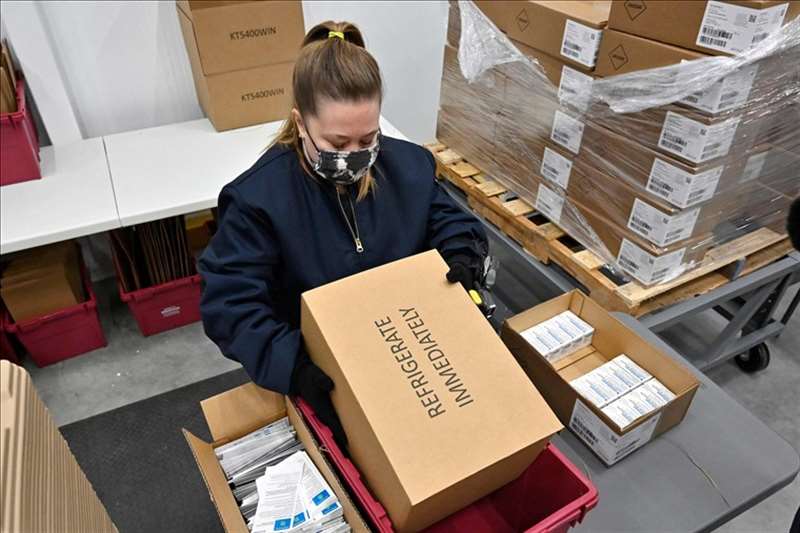 The agreement could boost supply of the vaccine, which is being delivered to states this week after gaining federal approval for distribution to the public.

The deal between the two major pharmaceutical companies, first reported by The Washington Post, was brokered by the Biden administration after officials found out that Johnson & Johnson had fallen behind in the production of its vaccine.

The partnership will involve two Merck facilities, one of which will produce the vaccine while the other carries out the last phase of the manufacturing process, the Post reported.

Biden is scheduled to deliver remarks from the White House on Tuesday afternoon about the pandemic. He will also speak earlier in the day by phone to Senate Democrats as they prepare to vote this week on the House-passed Covid-19 relief package.

Rebecca Shabad is a congressional reporter for NBC News, based in Washington.