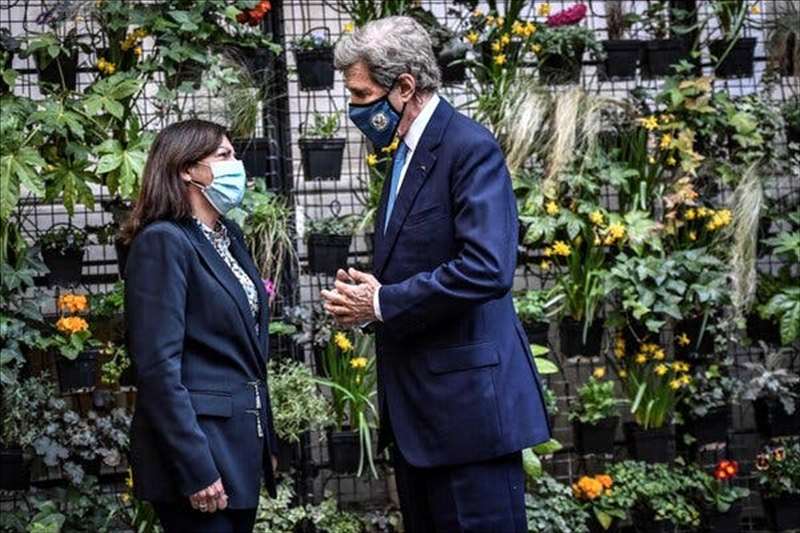 So far, repairing alliances and restoring friendships seem to be taking precedence.

In the weeks that followed, the administration showed that more immediate demands, like bolstering military security and repairing strained friendships will provide stiff competition.

The O.E.C.D., a 37-nation body based in Paris, exists to help coordinate the domestic and international economic and trade policies of its upper-income member states.

The decisions have disappointed environmental leaders at home and abroad, who said they feared that Mr. Biden was undercutting his own promise of elevating climate change.

“Look, foreign policy is about trade-offs: It’s about what’s desirable but also what’s feasible,” said Richard N. Haass, a longtime U.S. diplomat who is now president of the Council on Foreign Relations. “Climate has to compete with other issues and priorities in the U.S. agenda.”

There’s no dispute that the Biden administration has already elevated climate change across the U.S. foreign policy apparatus, far beyond what the Obama administration did.

“Climate is at the center of our foreign policy because it is one of the few existential challenges we face and because the crisis is, by definition, a challenge we must work together with global allies and partners to address,” Secretary of State Antony J. Blinken said in a statement to The New York Times.

The N.S.C.’s director for climate and energy now reports directly to Mr. Biden’s top national security advisers rather than to the director of international economics. And a member of Mr. Kerry’s climate staff also serves on Mr. Blinken’s policy team at the State Department.

“In the Obama administration climate change was a huge priority, but climate generally was dealt with by specialists, only in kind of a niche area in different departments,” said Jon Finer, Mr. Biden’s deputy national security adviser and a former chief of staff to Mr. Kerry. He added that now the issue is “a core element of our overall strategy, not just a free-standing priority.”

But climate activists said they found it difficult to square that assertion with some of the administration’s recent decisions, particularly on the O.E.C.D.

According to multiple people familiar with the closed-door process under which nations selected Mathias Cormann of Australia, the Biden administration supported his rival, Cecilia Malmström of Sweden. But the United States is typically the kingmaker in the international economic policy forum, with a traditionally strong voice on the O.E.C.D. director. Activists have charged that Mr. Cormann could never have succeeded if the Biden administration had strongly opposed him.

“If you want to be seen as a climate champion in the world, then you need to be fighting for a candidate that understands climate science and is ready to act and lead an organization like the O.E.C.D.,” said Jennifer Morgan, executive director of Greenpeace International.

“It does not seem that the Biden administration made this a top priority, and that’s clearly disappointing,” she added.

Alden Meyer, a senior associate at E3G, a European climate change think tank, said Mr. Cormann’s selection “raises real questions about whether the countries that supported him are serious about transforming the global economy as we need to do if we’re going to avoid climate catastrophe, or if they were just trading it off against some other interest.”

The State Department declined to confirm the administration’s pick for the position, saying the United States “respects the consensus” reached on Mr. Cormann and vowing that the administration would work with the O.E.C.D. to pursue “an active and ambitious climate agenda.”

Stuart E. Eizenstat, who was President Bill Clinton’s ambassador to the European Union and his chief negotiator on the 1997 Kyoto Protocol climate change accord, said decisions “at the margins” that might cut against climate goals should not overshadow the significant changes on climate change that the Biden administration is baking in to U.S. foreign policy.

Nord Stream 2, the pipeline from Russia to Germany, may be too far down the road to reverse despite years of U.S. opposition unrelated to climate change, Mr. Eizenstat said. Opposition to the project has centered around fears that the pipeline would give Russia undue power over Western European energy supplies.

And, Mr. Eizenstat noted, the debate over the O.E.C.D. leader may have hinged as much on taxing digital companies — an issue on which the United States and the European Union have been on opposing sides — as climate change.

“You have to pick and choose where you fight,” said Mr. Eizenstat, who likened the Biden administration’s climate policy efforts to President Jimmy Carter’s attempt to make human rights central to foreign policy in the 1970s.

The Carter administration struggled to make human rights a cornerstone in foreign policy, Mr. Eizenstat conceded, but it ultimately did elevate its importance on the world stage. Likewise, the Biden administration is cementing climate change into the architecture of U.S. diplomacy.

“On every major decision now that comes to the president on foreign policy, climate change will be one of the factors that will be considered,” Mr. Eizenstat said. “It may not always be the one that’s chosen, but it will be one of the singular issues that people will say, ‘Well, what does this mean for our climate change policy?’ That’s quite important, and it’s never been done before.”

Mr. Haass said “single issue advocacy” policies like the promotion of democracy, human rights or climate change almost always collide with traditional priorities like war and peace, energy security and alliances. But, he added, the Biden administration will have an easier time weaving its climate goals into its diplomatic agenda once the United States takes concrete steps to lower its own emissions.