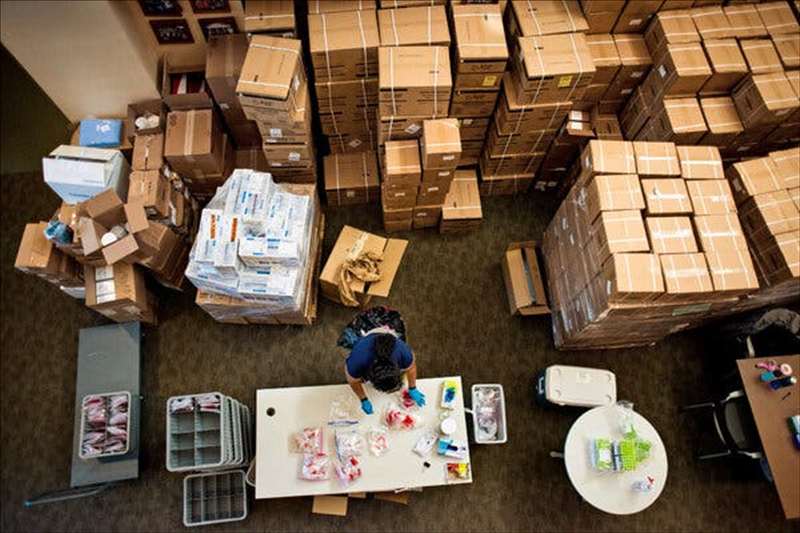 Universities and other institutions looking to protect themselves from Covid-19 may benefit from sharing their testing resources with the wider community, a new study suggests.

“It’s natural in an outbreak for people to become self-serving, self-focused,” said Dr. Pardis Sabeti, a computational biologist at Harvard University and the Broad Institute who lead the analysis. But, she added, “If you’ve been in enough outbreaks you just understand that testing in a box doesn’t makes sense. These things are communicable, and they’re coming in from the community.”

“The metaphor I often used on the calls was to say, ‘You’re in a drought in a place with a lot of forest fires, and you have a shortage of fire alarms,’” she recalled. “‘And if you run out and buy every fire alarm and install it in your own house, you’ll be able to pick up a fire the moment it hits your house, but at that point it’s burning to the ground.’”

Still, convincing university officials to divert precious testing resources away from their own institutions was a hard sell, Dr. Sabeti said, especially without data on the effectiveness of the approach. So she and her colleagues decided to gather some.

Using real-world data from C.M.U., the researchers created a baseline scenario in which 1 percent of people at the school, and 6 percent of those in the surrounding county, were infected by the coronavirus, and the university was testing 12 percent of its members every day. The team assumed that they had a complete list of each university member’s close off-campus contacts, and that if someone tested positive for the virus, they and their contacts would quarantine until they were no longer infectious.

Under these conditions, the researchers found, if the university used all of its tests on its own members, it would have roughly 200 Covid-19 cases after 40 days. But if instead it parceled out some of those tests, using them on community members who were close contacts of students and staff, the number of cases dropped by one-quarter.

“The optimal proportion of tests to use outside the institution on those targeted, first-degree contacts came out to be about 45 percent,” said Ivan Specht, an undergraduate researcher in Dr. Sabeti’s lab and a co-author of the paper. In short, institutions could reduce their caseloads by one-fourth if they used almost half their tests on people just outside their direct membership. That percentage “is remarkably high considering that most institutions use zero percent of their tests outside of themselves,” Mr. Specht noted.

The researchers then tweaked the model’s parameters in various ways: What if the virus were more prevalent? What if students and staff did not report all their contacts? What if they were better about mask-wearing and social distancing? What if the university deployed more tests, or fewer?

Unsurprisingly, the more testing the university did, and the more information it had about its members’ close contacts, the fewer Covid-19 cases there were. But in virtually every scenario, sharing at least some tests with the broader community led to fewer cases than hoarding them.

“The surprising thing is just how robust that finding is in the face of some pretty plausible variations,” said A. David Paltiel, a professor of health policy and management at Yale School of Public Health, who was not involved in the study.

Still, he noted, there were plenty of scenarios that the model didn’t test, and the paper still needs to undergo a thorough peer review.

Its predictions should also be tested in the real world, Dr. O’Connor said: “It needs to be explored and tested head-to-head with other allocation methods.”

But if the findings hold up, it would suggest that schools and other institutions that are trying to reopen safely should think beyond their own walls when they develop testing programs. “Even if your goal is only to protect the students in your care, you will still be doing the maximum to protect those students by taking care of the people in the surrounding community,” Dr. Paltiel said. “That’s a pretty strong argument.”

Some universities are beginning to adopt this outlook. C.M.U. now offers free tests to all of its students’ self-reported contacts, whether or not they are affiliated with the university, and runs a testing site that is open to local residents, said Amy Bronson, a co-chair of the university’s Covid-19 task force and an author of the paper.

“A virus does not respect geographic boundaries,” Dr. Pollock said. “It is ludicrous to think that you can get control of an acute infectious respiratory disease like Covid-19, in a city like Davis that hosts a very large university, without coordinated public health measures that connect both the university and the community.”

There are barriers to the more altruistic approach, including internal political pressure to use testing resources in house and concerns about legal liability. But the researchers hope that their model convinces at least some institutions to rethink their strategy, not only during this epidemic but also in future ones.