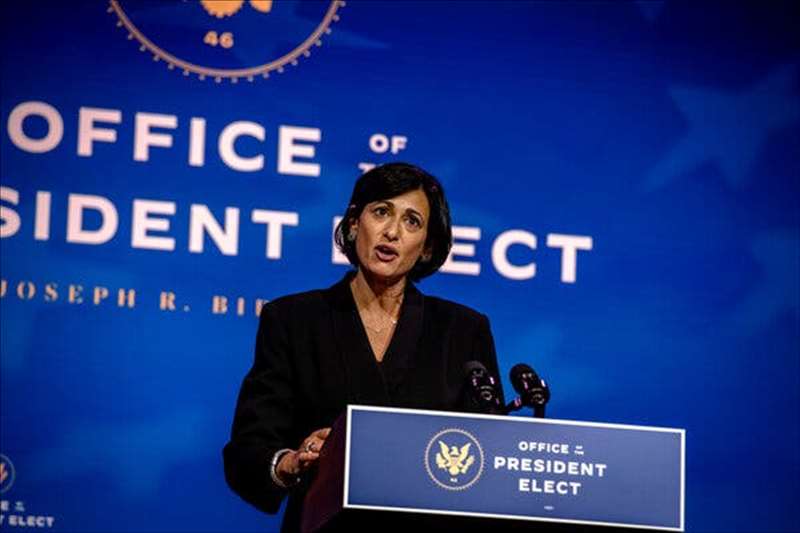 Scientists say the new investment will help in the next couple of months, but hope that the stimulus package will provide much more.

As lawmakers push for billions of dollars to fund the nation’s efforts to track coronavirus variants, the Biden administration announced on Wednesday a new effort to ramp up this work, pledging nearly $200 million to better identify the emerging threats.

“When we will get to 25,000 depends on the resources that we have at our fingertips and how quickly we can mobilize our partners,” Dr. Rochelle Walensky, the C.D.C. director, said at a White House news conference on Wednesday. “I don’t think this is going to be a light switch. I think it’s going to be a dial.”

The program is the administration’s most significant effort to date to address the looming danger of more contagious variants of the virus. A concerning variant first identified in Britain has infected at least 1,277 people in 42 states, although scientists suspect the true number is vastly higher.

Doubling about every 10 days, the B.1.1.7 variant that emerged in Britain threatens to slow or reverse the rapid drop of new coronavirus cases. What’s more, Dr. Walensky said that the nation had seen its first case of B.1.1.7 that had gained a particularly worrying mutation that has been shown in South Africa to blunt the effectiveness of vaccines.

Other worrisome variants have also cropped up in the United States, including one that was first found in South Africa and weakens vaccines.

Scientists welcomed the new plans from the Biden administration. “It’s a huge step in the right direction,” said Bronwyn MacInnis, a geneticist at the Broad Institute.

Dr. MacInnis said that the “minimal gold standard” would be sequencing 5 percent of virus samples. If cases continue to fall, then 25,000 genomes a week would put the country near that threshold, she said, which is “where we need to be to be detecting not only known threats, but emerging threats.”

Trevor Bedford, an evolutionary biologist at the Fred Hutchinson Cancer Research Center, said there had been “substantial gains” in national sequencing efforts since December. Still, he said that the C.D.C. would also need to make improvements in gathering data about the genomes —such as tying it to information from contact tracing — and then supporting the large-scale analysis on computers required to quickly make sense of it all.

“There’s too much of a focus on the raw count that we’re sequencing, rather than turnaround time,” he said.

White House officials cast the sequencing ramp-up as part of a broader effort to test more Americans for the virus. The Department of Health and Human Services and the Defense Department on Wednesday announced substantial new investments in testing, including $650 million for elementary and middle schools and “underserved congregate settings,” like homeless shelters. The two departments are also investing $815 million to speed the manufacturing of testing supplies.

The C.D.C.’s $200 million sequencing investment is dwarfed by a program proposed by some lawmakers as part of an economic relief package that Democratic congressional leaders aim to pass before mid-March. Senator Tammy Baldwin, Democrat of Wisconsin, introduced legislation to enhance its sequencing efforts. House lawmakers have allocated $1.75 billion to the effort.

In an interview, Ms. Baldwin suggested that the government should be aiming to sequence 15 percent of positive virus samples, a goal far beyond what researchers believe is possible in the near term.

“This is intended to create the basis of a permanent infrastructure that would allow us not only to do surveillance for Covid-19, to be on the leading edge of discovering new variants, but also we’d have that capacity for other diseases,” she said of her proposal. “There’s significant gaps in our knowledge.”

In an interview, the Biden administration’s new testing coordinator, Carole Johnson, said that the $200 million investment was a “down payment” and just the beginning of what would likely be a much more aggressive campaign to track the variants.

“This is us being able to look at: What are the resources that we have at the ready right now? What can we find to act quickly?” she said. “But know that we need larger investments going forward and a systemized way to do this work.”

Since 2014, the C.D.C.’s Office of Advanced Molecular Detection has used genome sequencing to track diseases like influenza, H.I.V. and food-borne diseases. But when the coronavirus pandemic struck the United States, the C.D.C. was slow to adapt these tools to track the coronavirus. For weeks it struggled simply to establish a test for the virus.

The C.D.C. began ramping up surveillance efforts over the course of 2020, helping academic labs, commercial sequencing companies and public health departments to collaborate and share insights. In November, it invested in a program of its own, called NS3, to analyze coronavirus genomes. Every other week, the agency asks state health departments to send at least 10 samples to its lab for sequencing.

In December, it became clear those efforts would not be enough. Researchers in Britain found a new variant, called B.1.1.7, that was up to 50 percent more transmissible than other variants. Scientists now suspect it is also probably more lethal. In South Africa, another variant called B.1.351 proved not only more contagious, but less vulnerable to several vaccines.

C.D.C. officials began to fear B.1.1.7 had already been spreading widely in the United States, according to one senior federal health official. They began setting up new efforts, including contracts with lab testing companies that were running coronavirus tests.

Dr. Gregory Armstrong, the director of the Advanced Molecular Detection Program, said in an interview that his team came to the conclusion in January that sequencing from 5,000 to 10,000 samples a week would be a good short-term target.

“It’s the starting point,” Dr. Armstrong said. “The more we sequence above that, the more quickly we’ll be able to pick up these variants.”

At a White House news conference later that month, Jeffrey D. Zients, the White House’s Covid-19 response coordinator, acknowledged how difficult reaching that goal would be.

In the early days of the administration, Dr. Walensky spoke of an initial goal for the C.D.C. of sequencing 7,000 genomes a month. Since then, the labs have not come close to that figure.

Caitlin Rivers, an epidemiologist at Johns Hopkins Bloomberg School of Public Health, said putting $200 million quickly into monitoring variants was a welcome development in advance of what she hoped would be longer-term improvements. “Time is of the essence,” she said. “An initial investment to expand genomic surveillance while the supplemental funding package comes together is a smart move.”

But she warned that the plan won’t be able to spring instantly into action. It may take a month just to get the basic improvements in place. By then, B.1.1.7 may already dominate U.S. cases and could jeopardize the current decline.

The larger program in the stimulus package will be crucial to managing the pandemic in the long run, Dr. Rivers said.

“We may not be able to get very far as relates to B.1.1.7, but what’s the next one, three months from now, or six months, or next winter?” she asked. “It’s not always just the thing in front of you. It’s what’s coming around the corner.”