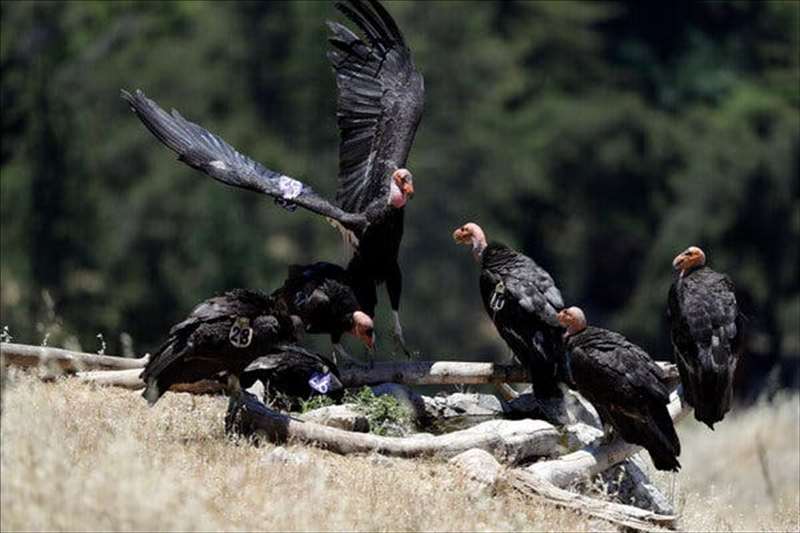 Federal wildlife authorities in California are working with a wind energy company to breed the endangered birds in captivity to replace any that may be killed by turbine blades. Conservationists are skeptical.

In an unusual — and somewhat controversial — move, federal wildlife officials in California are teaming up with a wind power company to breed endangered California condors in captivity, in an effort to replace any that might be felled by turbine blades.

“Our goal is zero fatalities,” Amy Parsons, the operations wildlife compliance manager for Avangrid Renewables in Portland, Ore., said in an interview on Tuesday. “But we’re a very proactive company, and we want to take measures to minimize the risk to any species from our operations.”

Although the Wildlife Service’s Carlsbad Fish and Wildlife Office said in a statement that there had been no documented cases of a wind turbine injuring or killing a condor at the plant since it opened in 2012, it noted that condor presence near wind energy projects — and the potential for fatal collisions — would continue to increase with the growth of the wild condor population.

“Conservation plans provide a mechanism for wind energy companies to manage impacts to condors and help us recover this federally endangered species,” the office said.

The proposed $527,000 program, which Avangrid Renewables would pay for, anticipates the unintentional killing of two free-flying condors and up to two eggs or chicks in the region over a period of 30 years. It would mitigate that loss by releasing six 1.5-year-old condors into the wild over three years, a ratio based on a population viability analysis. (Under federal law, an organization that kills a condor is usually subject to a fine of up to $200,000.)

But conservationists say that instead of carving out exceptions, the government should force wind farms to find ways to prevent the deaths.

In comments filed with the United States Fish and Wildlife Service in February, Ileene Anderson, a senior scientist at the Center for Biological Diversity, a nonprofit dedicated to protecting endangered species, said the company’s plan fell short. She said a more reasonable output would be a minimum of 30 condors, not six, in line with the Wildlife Service’s mitigation ratios for other species.

She said the program should also account for other threats such as continuing habitat loss, and should consider the whole population of condors, not just those in Southern California.

Ms. Anderson also expressed concern that a number of other wind energy projects would seek their own similar “take” permits. “We remain concerned about the potential cumulative ‘take’ that could be authorized,” she wrote.

The California condor is the largest flying bird in North America, with wings that can stretch nearly 10 feet from tip to tip, and can fly as high as 15,000 feet. It is listed as an endangered species under the Federal Endangered Species Act.

The birds have been in danger since the 1950s, when development began to intrude on their habitat and their eggshells became so thin from exposure to the now-banned pesticide DDT that they could not support life. A captive breeding program established by the Wildlife Service brought the species back from the edge of extinction four decades ago, when only around two dozen of the vultures remained in the world.

Joel Merriman, the director of the Bird-Smart Wind Energy Campaign at the American Bird Conservancy, said in an email on Monday that condors were at risk from the turbines because they spend much of their time looking for food, making them candidates for collisions. And he noted that the cumulative risk to the condors from wind turbines was greater than that posed by any one facility.

“This is just one of several existing wind energy facilities in this area,” he said. “It’s hard not to conclude that we have already taken too great a risk with one or our rarest and most iconic birds.”