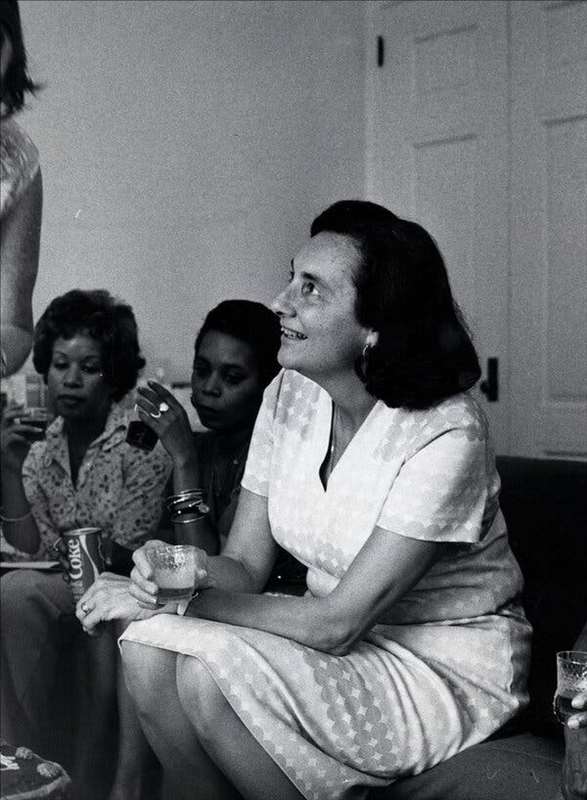 She helped start the nonprofit after documenting atrocities in Latin America. She was also a pioneering educator at M.I.T. and Harvard.

Dr. Carola Eisenberg, who broke gender barriers as a dean at both the Massachusetts Institute of Technology and Harvard Medical School and helped found Physicians for Human Rights, whose campaign against anti-personnel landmines led to a Nobel Peace Prize in 1997, died on March 11 in Lincoln, Mass. She was 103.

Her death, in a nursing home, was confirmed by her son Alan Guttmacher.

She went on to blaze a trail in the United States both in human rights advocacy as well as in academia while becoming an outspoken proponent of parity for women in medicine.

Her work on behalf of human rights accelerated in the 1980s, when she was invited to visit El Salvador, Chile and Paraguay to document the rights abuses being committed by authoritarian governments there as they sought to wipe out leftist guerrillas. “I never believed human beings could do such things to other human beings,” she later said.

“I have talked about abuses in dictatorial regimes to some of my students,” she said, “and I felt it was my moral obligation to do something about it.”

In a statement after Dr. Eisenberg’s death, Alan Jones, the board chairman of Physicians for Human Rights, extolled her for “the unfathomable number of lives she managed to touch, to improve, to ease, and to save.”

Caroline Blitzman was born on Sept. 15, 1917, in Buenos Aires, the second of three daughters. Her father, Bernardo Blitzman, had emigrated to Argentina from Russia as a baby; her mother, Teodora (Kahn) Blitzman, was from Ukraine. Caroline grew up across the street from a slaughterhouse, where her father was an executive dealing in hides.

After graduating from high school, she was trained as a psychiatric social worker in Buenos Aires at the Hospicio de las Mercedes (now the Municipal Hospital of José Tiburcio Borda) before deciding to pursue a medical career.

She graduated from the University of Buenos Aires with a medical degree in 1944.

She then joined the medical school faculty at Johns Hopkins and practiced psychiatry until 1968, when she became a staff psychiatrist with the student health services at the Massachusetts Institute of Technology.

Dr. Eisenberg changed her given name to Carola after she moved to the United States in 1945. She became a naturalized American citizen in 1949.

Beginning in high school, when girls constituted a tiny minority of the graduating class, Dr. Eisenberg was fully cognizant that she was embarking on a career in a field dominated by men (when she left Argentina, women did not have the right to vote), but she drew a line at being referred to as a victim of sexism.

“We were ignored as women,” she wrote in The New England Journal of Medicine in 1989 in an article titled “Medicine Is No Longer a Man’s Profession.” “I never experienced sexism because I learned later on the professors were so sure that we would get married and drop being in medical school that they never paid any attention.”

She urged women in her profession to see their compassion as a strength, rather than ascribing to the conventional view that showing emotion was “unmanly.” In fact she urged more male doctors to show their feelings.