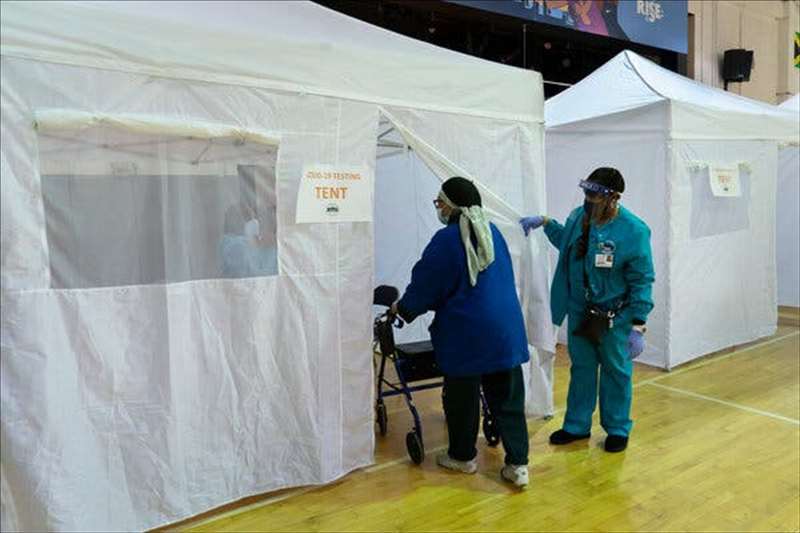 People over 65 are more likely to experience a second bout with the virus, according to a large study of medical records.

Prior infection with the coronavirus reduced the chances of a second bout by about 80 percent in people under 65, but only by about half in those older than 65. But those results, published in the journal Lancet, were tempered by many caveats.

The number of infected older people in the study was small. The researchers did not have any information beyond the test results, so it’s possible that only people who were mildly ill the first time became infected again and that the second infections were largely symptom-free.

Scientists have said that reinfections are likely to be asymptomatic or mild because the immune system will suppress the virus before it can do much damage. The researchers also did not assess the possibility of reinfection with newer variants of the virus.

Still, the study suggests that immunity to a natural infection is unpredictable and uneven, and it underscores the importance of vaccinating everyone — especially older people, experts said.

“You can certainly not rely on a past infection as protecting you from being ill again, and possibly quite ill if you are in the elderly segment,” said Steen Ethelberg, an epidemiologist at Statens Serum Institut, Denmark’s public health agency.

Because people over 65 are at highest risk of severe disease and death, he said, “they are the ones we are most eager to protect.”

Rigorous estimates of second infections have generally been rare because many people worldwide did not initially have access to testing, and laboratories require genetic sequences from both rounds of testing to confirm a reinfection.

The new study’s design and size benefited from Denmark’s free and abundant testing for the coronavirus. Nearly 70 percent of the country’s population was tested for the virus in 2020.

The researchers looked at the results from 11,068 people who tested positive for the coronavirus during the first wave in Denmark between March and May 2020. During the second wave, from September to December, 72 of those people, or 0.65 percent, again tested positive, compared with 3.27 percent of people who became infected for the first time.

That translates to a 80 percent protection from the virus in those who had been infected before. The protection fell to 47 percent for those over 65. The team also analyzed test results from nearly 2.5 million people throughout the epidemic, some longer than seven months after the first infection, and found similar results.

“It was really nice to see that there was no difference in protection from reinfection over time,” said Marion Pepper, an immunologist at the University of Washington in Seattle.

She and other experts noted that while 80 percent might not seem superb, protection from symptomatic illness was likely to be higher. The analysis included anyone who was tested, regardless of symptoms.

The findings indicate that people who have recovered from Covid-19 should get at least one dose of a coronavirus vaccine to boost the level of protection, Dr. Krammer added. Most people produce robust immune response to a natural infection, “but there’s a lot of variability,” he said. Following vaccination, “we don’t see variability — we see very high responses in basically everybody, with very few exceptions.”

Experts were less convinced by the results in people over 65, saying the findings would have been more robust if the analysis had included more people from that age group.

“I wish it had actually been broken down into specific decades over 65,” Dr. Pepper said. “It would be nice to know whether the majority of people who were getting reinfected were over 80.”

The immune system grows progressively weaker with age, and people over 80 typically mount weak responses to infection with a virus. The lower protection in older people seen in the study is consistent with those observations, said Akiko Iwasaki, an immunologist at Yale University.

“I think we kind of tend to forget how the vaccines have been pretty amazing in offering protection in this age group, because you can see that natural infection doesn’t confer the same kind of protection,” she said. “This really does emphasize the need to cover older people with the vaccine, even if they have had Covid first.”