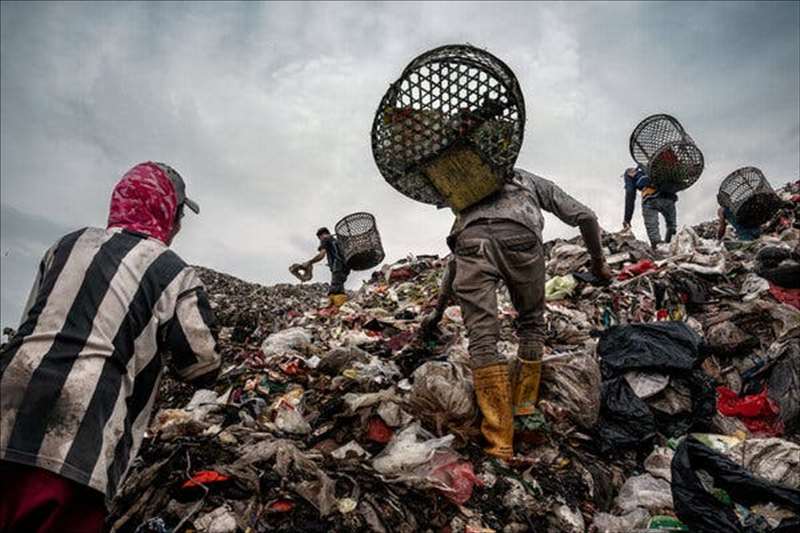 Data shows that American exporters continue to ship plastic waste overseas, often to poorer countries, even though most of the world has agreed to not accept it.

When more than 180 nations agreed last year to place strict limits on exports of plastic waste from richer countries to poorer ones, the move was seen as a major victory in the fight against plastic pollution.

But new trade data for January, the first month that the agreement took effect, shows that American exports of plastic scrap to poorer countries have barely changed, and overall scrap plastics exports rose, which environmental watchdog groups say is evidence that exporters are ignoring the new rules.

The American companies seem to be relying on a remarkable interpretation of the new rules: Even though it’s now illegal for most countries to accept all but the purest forms of plastic scrap from the United States, there’s nothing that prevents the United States from sending the waste. The main reason: the United States is one of the few countries in the world that didn’t ratify the global ban.

“This is our first hard evidence that nobody seems to be paying attention to the international law,” said Jim Puckett, executive director of the Basel Action Network, a nonprofit group that lobbies against the plastic waste trade. “As soon as the shipments get on the high seas, it’s considered illegal trafficking. And the rest of the world has to deal with it.”

The scrap industry says that many of the exports are quite likely compliant with the new rules and that the increase in January reflects growing global demand for plastic to recycle, and use as inputs for new products. Recent history, however, shows that a large of amount plastic scrap exported from the United States does not get recycled but ends up as waste, a reality that was the impetus for the new rules.

The new rules were adopted in 2019 by most of the world’s countries, although the United States isn’t among them, under a framework known as the Basel Convention. Underlying the change was the need to stem the flow of waste from America, and other wealthier nations, to poorer ones.

But because Basel rules prohibit member nations from trading waste with countries that have not ratified the convention, the new regulations now effectively ban the trade in most kinds of plastic waste between the United States and the rest of the world.

American companies, for now, appear to have opted to continue to put their scrap onto ships out of the country at an even faster pace. And the scrap industry says that much of the plastic that was being shipped in January is considered legitimate under the Basel rules by the companies around the world that are purchasing it to use in manufacturing.

“The contention that all of these plastic scrap exports from the United States are not legitimate is factually incorrect,’’ said Adina Adler, vice president of advocacy at the Institute of Scrap Recycling Industries, a trade group.

Data for January showed that exports of scrap plastic from the United States edged upward, to 48 million tons from 45 million tons the previous January. Exports to poorer nations were virtually unchanged from a year ago, totaling 25 million tons.

Advocates say that there are clear red flags in the data. Malaysia, which had signed on to Basel, remained a major destination for American scrap plastic in January.

A shipment containing bales of plastic scrap left Los Angeles on Feb. 14, for example, and is scheduled to arrive at a port outside the Malaysian capital, Kuala Lumpur, this month, according to data provided by Material Research, a Maine-based research firm. That shipment was sent by Georgia-based Sigma Recycling Inc. on a cargo ship operated by the French shipping company CMA CGM.

In a statement, Sigma said its shipment involved “clean pre-sorted plastic scrap” and that the company was confident it would be accepted by Malaysian customs. “Sigma has followed all the rules and regulations to best of our knowledge,” the statement said.

In a statement, CMA CGM Group said it was “totally committed to responsible trade” and would not knowingly violate international standards. “According to documentation received at the time of booking, the commodity carried is not in violation of the Basel Convention.”

A shipment of PVC plastic, sent by New Jersey-based Scan-Shipping on a ship operated by Maersk, the Danish shipping company, that left Newark on Feb. 16 for Gujarat, India, could potentially run into obstacles under Basel rules because India is a Basel signatory, and PVC trade is restricted under the rules. Scan-Shipping, which is headquartered in Denmark, did not immediately provide comment.

Maersk said in a statement that it “works to ensure it is compliant with all trade control laws, including the Basel Convention. However, there are times in which shippers, who are responsible to load cargo into containers and declare the commodity, may mis-declare cargo to avoid trade control laws.”

The company added that Maersk “works with the authorities to either destroy the illegal cargo or have it returned to origin.”

Broadly, Ms. Adler said, there are legitimate markets for the material being exported from the United States in January.

Ms. Adler said in Malaysia, for instance, there is a robust plastic manufacturing industry that incorporates recycled plastic into its products, as well as rigorous standards on what plastic can be imported. While acknowledging that some noncompliant scrap may be slipping through the cracks, Ms. Adler said there were many shipments of plastic scrap from the United States that she believed conform to Basel.

One reason for the rise in plastic scrap from the United States, she said, could be the manufacturing of personal protective equipment that has been booming in Asia during the pandemic.

“I can say with confidence that there is compliant material’’ being shipped, she said.

But illicit material, once it arrives by ship, can be difficult to turn away. The worry, advocates say, is that the difficulty of getting American plastic scrap exporters to take the shipments back will mean they slip through customs around the world, or get shipped off again to an alternative destination.

“There’s going to be a bit of chaos,” Mr. Puckett said. “If a shipment does get returned, the question is, where is it going to go next? It could just end up on another ship, or in some other country that brokers are going to find is the next weak link out there.”

Even ardent opponents of the agreement may be shifting their position. The Institute of Scrap Recycling Industries has opposed the United States joining the Basel agreement, arguing that it hampers legitimate trade of plastic scrap that can be recycled. This week, Ms. Adler said that the trade group’s position on Basel was under an internal review.

“You’re starting to see an outcry in countries being flooded with waste. And we are already seeing more countries starting to put their foot down,” Mr. Azoulay said. And the more Americans “learn that their waste ends up in fields in Malaysia, or openly burned in Indonesia or Vietnam, it’s not going to sit very well.”

“I do think that we’re in a pivotal moment,” he said. “Is illegal trade of waste going to continue to happen? Yes, without a doubt. But can it continue at the scale that it is currently happening? I don’t think so.”