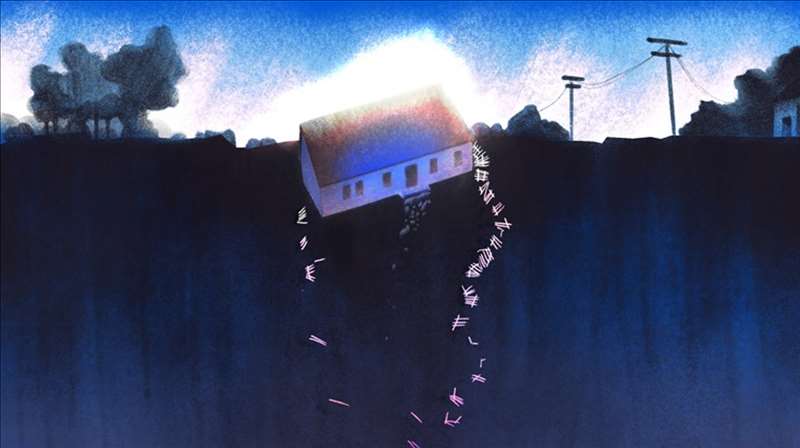 Stephanie Accolla’s career was on the rise. As a banquet manager with a contracting company that worked with the Boston Convention and Exhibition Center, she prided herself on being a hardworking woman in management in her industry. She and her husband were on the verge of buying a home after years of saving money. Her dream was to give her 10-year-old stepson a place with a backyard where he could run.

The money they had saved for a down payment on a home now had to be spent on necessities, and the family had to rely on food stamps and free meals provided by the government. They now struggle to pay out-of-pocket health care expenses.

“If we didn’t have any of the food stamps or the state assistance that we do have, I don’t know what we would do,” she said.

The sudden blow of losing one income has sent the family tumbling from relative comfort to living week to week.

“It did take a huge, huge toll on me, and I still suffer with it constantly,” Accolla said. “It’s terrifying.”

The pandemic upended the lives of millions of families who suddenly found themselves without one or both sources of income. Many have gone from enjoying the cultural markers of the middle class — job stability, homeownership and some disposable income — to teetering on the edge of poverty.

Some experts fear the effects could be long-lasting.

Even with unemployment insurance, which struggled with claim delays amid unprecedented demand, and other benefits, the impact could have ramifications for years, economic experts and advocates said.

The Pew Research Center survey found that about half of nonretired adults said the economic impact of the pandemic will make it harder for them to achieve their long-term financial goals. Among those who said their financial situations had gotten worse, 44 percent said they thought it would take them three years or more to get back to where they were a year ago, and about 1 in 10 said they didn’t think their finances would ever recover.

Elise Gould, a senior economist with the Economic Policy Institute, a nonprofit research organization, said lower- and middle-income families alike were vulnerable to major economic instability after losses of income.

“It’s incredibly destabilizing in the short run,” she said. “People just simply don’t have the savings to be able to weather job losses or to cut back on hours or furloughs to be able to continue paying their bills,” she said.

Losing a home, facing declines in its credit score or the continued inability to get a job could also affect a family long after the pandemic is over, she said.

Accolla said it took six or seven years to build what her family had, “and it went away within the quickness of one year.”

Facing credit card debt and having to spend their savings, she wonders just when they will be able to recover.

“Are we going to be able to recover again? Will we get back to a place of comfortability? Will we be able to have a home?” she asked.

Elizabeth Ananat, an economics professor at Barnard College in New York City, said the pandemic led to major workforce declines. Some people are unable to work because of responsibilities such as being caregivers, and others want to work but have given up looking.

Food insecurity has skyrocketed, she said, especially among families with young children.

“They’ve lost more jobs, and of course those are children who need to be cared for all the time,” she said, adding that the income losses have translated directly into “these really severe material hardships,” such as evictions or the threats of them and increases in hunger.

The losses have been especially devastating for women, as well as Black and Latino families, she said.

Naomi Cahn, director of the Family Law Center at the University of Virginia School of Law, said the pandemic has had a “disproportionate impact on families of color.”

“That’s a really, really important part of the story,” she said.

The Biden administration has said its $1.9 trillion relief package will lift 11 million people out of poverty “and cut child poverty in half.”

“That could provide at least some temporary stability for many families,” Cahn said.

Shanita Matthews, an independent contracting nurse in Georgia, had started a small wedding decor business in May 2019 before the pandemic hit. Then she found out that her 7-year-old daughter’s school was going remote in March and shut her business down.

“It really put me between a rock and a hard place, because I couldn’t get a nursing job, simply because most of those jobs are eight to 12 hours long,” she said.

In July, Matthews, 41, filed for Pandemic Unemployment Assistance, special unemployment compensation for people who don’t ordinarily qualify for unemployment benefits, including those who are self-employed, independent contractors and parents unable to work because of child care needs during the pandemic.

She said she was denied after a monthslong process, including an appeal, and was told she didn’t qualify because she didn’t make enough with her business and because she had filed her application while her daughter wasn’t in remote learning. She has filed a petition to have her case looked at again.

“I was terrified and desperate, because there were big balances on my gas, electric and water bill, business credit card,” she said.

The family has had to rely on her husband’s income from an auto collision center, where he works on commission. Previously, with her income, the two were used to sharing the burden of paying the bills.

She and her husband used to be able to put away savings. They could afford a babysitter and go out on date nights twice a month. They would take anniversary trips in the fall and vacation with their daughter in the spring or summer.

Now, the family has had to face having the lights disconnected. Her car was repossessed in September, and her husband’s was repossessed in October. Their internet was cut off. Her husband was working 70-hour weeks just so they could pay their mortgage.

She lost some of her certifications in nursing because they expired and she couldn’t afford to replace them, further limiting the jobs she could take.

While she was eventually able to afford to get her proper nursing requirements renewed, she is still unable to commit to the type of hours a nursing job would require, with her daughter’s school having opened and then gone remote again because of the pandemic.

Matthews said she believed the pandemic would have a long-term impact on her career and wages, because she hasn’t been able to work as a nurse for a year.

“So, when I go back in, I’m going to have less negotiating power to make sure I’m compensated for not only my education but the time I’ve spent building my cardiology background,” she said.

Although she said the recent stimulus check provided a much needed boost to buy essentials, the family is still trying to get by.

“I’m telling you that it can really mess with your sanity to go through changes significant like that we’ve gone through,” she said.

Carol, 61, a travel consultant from Denver, lost her job at a travel agency during the pandemic. After 41 years in the industry, she has found herself unable to get another job at her age despite vigorously applying, she said.

“When I lost my job, I knew it was not going to be very easy to find another job. But I think I even underestimated it,” said Carol, who asked that her last name not be used out of fear of future employment issues.

Previously, her income accounted for two-thirds of what she and her husband, who is a merchandiser with a beer company, brought home.

“The stress on my marriage has really been a difficult thing. I’ve been married almost 39 years, and I don’t think we’ve ever had such a hard time,” she said.

Once comfortable with both of their salaries, they now look for discounts when they shop for groceries, or they strategize what to buy and when. That comes as one of their adult sons moved back into their home during the pandemic. While they used to be able to help their two sons financially if they needed it, that’s no longer an option.

Carol is thankful that she owns her home so she doesn’t have to worry about ending up on the street. But property taxes, car payments and insurance payments add up.

Carol said she continues to look for work but is starting to become more convinced that she is done in the workforce unless travel agencies or airlines begin hiring again.

“A lot of people say, ‘Regardless of your stellar credentials, we’ve decided to pursue other candidates at this time.’ Those take a little bit of your soul every time you get them,” she said.