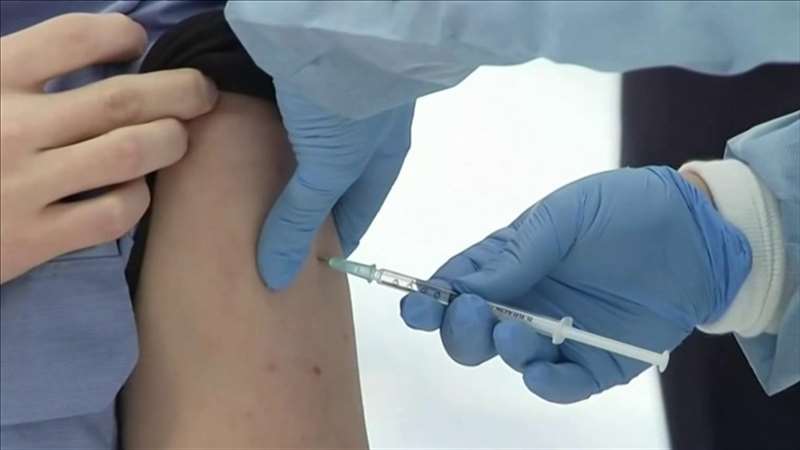 France, Germany, Spain and Italy joined several other European countries in temporarily halting the use of the Oxford-AstraZeneca Covid-19 vaccine Monday over concerns that the shots may be linked to an increased risk of blood clots. But experts say no causal link has been identified so far, and they cautioned that the suspensions might wind up doing more harm than good.

The World Health Organization said Monday that “there is no evidence that the incidents are caused by the vaccine” and advised that vaccination campaigns should continue while the clotting concerns are investigated. Several experts agreed that without a higher burden of proof, the suspensions could ultimately drive future outbreaks — particularly because they are coming at a precarious time for Europe in the pandemic.

“There’s still a lot of Covid around Europe, so given that this is a public health emergency, you would need to see a pretty strong signal in the data to suspend a vaccine program,” said Michael Head, a senior research fellow in global health at the University of Southampton in the United Kingdom. “If we have this scare and there’s nothing there, will there be more cases and deaths from Covid-19 because of delays in the vaccine rollout? Will it increase vaccine hesitancy?”

Head said that while any potential side effect should be investigated thoroughly, decisions to halt vaccination campaigns need to strike a delicate balance between risks and benefits. At the moment, he said, there are no data to suggest that AstraZeneca shots are tied to blood clots.

“I can’t see a strong enough signal to warrant withdrawing the vaccine from national rollouts,” Head said. “Given that there’s still a lot of Covid around Europe and the emergency of the situation, I’m not sure why vaccine programs are being suspended.”

Blood clots are dangerous because they can obstruct blood vessels and cause breathing problems, heart attacks and strokes. Blood clots can damage organs such as the heart and the brain, and depending on their size and location they can be deadly.

Spahn said the decision to suspend use of the vaccine was “purely precautionary.”

Denmark was the first country to halt rollout of the AstraZeneca campaign last week after one person developed multiple clots and died 10 days after having received at least one dose of the vaccine.

Since then, several other countries added their own suspensions, including Norway, Iceland, the Netherlands, the Democratic Republic of Congo and Indonesia.

The European Medicines Agency, or EMA, the continent’s main drug regulator, said Monday that a “rigorous analysis of all the data” is underway but that reporting of blood clots in vaccinated people “seems not to be higher than that seen in the general population.”

The European Medicines Agency said it will meet Thursday to assess the results of its investigation and decide whether any further actions are necessary.

“This is much lower than would be expected to occur naturally in a general population of this size and is similar across other licensed COVID-19 vaccines,” the company said in its statement.

Stephen Evans, a professor of pharmacoepidemiology at the London School of Hygiene & Tropical Medicine, said that with so many doses of the AstraZeneca vaccine having already been administered, scientists should be able to see signs of rare side effects if they are occurring. In the U.K., for instance, around 11 million doses of the AstraZeneca vaccine have been administered out of the country’s 20 million people who are vaccinated.

Evans said the suspensions seem premature, especially without more information about the incidents of blood coagulation disorders. Blood clots are, for instance, a complication of Covid-19, he said.

“We need to be sure that these cases didn’t occur in people with undiagnosed Covid, because people with Covid-19 are at increased risk of thrombosis,” Evans said.

And while safety should be paramount, Evans said a consequence of halting the rollout of a vaccine before adequate data are available is that it could contribute to vaccine hesitancy.

Head was similarly concerned about the effect the actions could have on vaccination drives across Europe, adding that all of the information that has been made publicly available so far does not justify suspending the use of the vaccine.

“It’s all a bit worrying,” he said, “and it may cause more harm than it stops.”