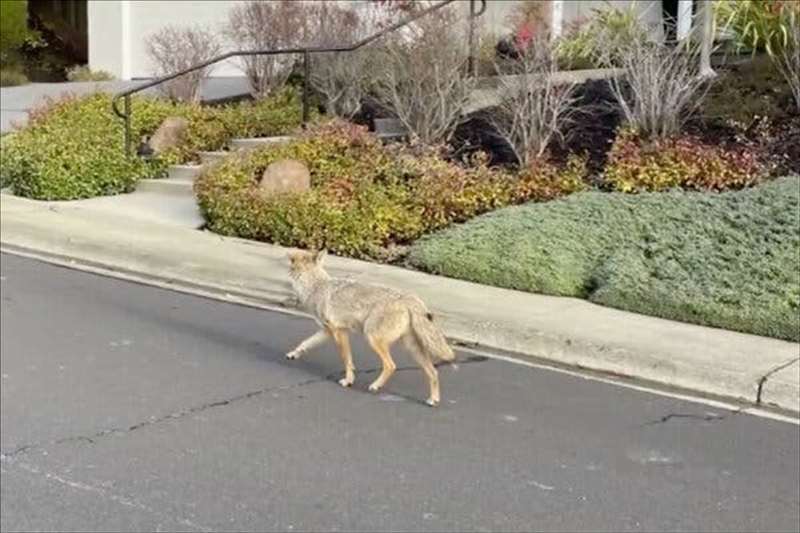 The animal, which had bitten five people, including two young children, near San Francisco over nearly eight months, was euthanized on Thursday.

The Bay Area’s long, furry nightmare is finally over.

“It’s such a relief for the community,” Capt. Patrick Foy of the Department of Fish and Wildlife said in an interview on Friday. “They can finally enjoy the outdoors again.”

Then came the anticipation. The Department of Fish and Wildlife’s forensics lab compared the DNA collected from the coyote with samples taken from each of the five victims. The process took most of the day, Captain Foy said.

By early evening, the verdict was in: It was a match.

The coyote began its spree of terror in Contra Costa County last summer, when it bit a 2-year-old boy in the parking lot of a park on July 9, letting go only after the child’s nanny smacked it with a bicycle helmet.

It seemed like an isolated case, but the animal re-emerged with a vengeance, attacking a 45-year-old man on Dec. 4 as he worked out on a high school field with friends; a male grocery store employee in Lafayette on Dec. 15; a 3-year-old girl walking down the street with her mother on Feb. 16; and another man near a Kwik Stop in Lafayette on Feb. 19.

All the attacks occurred within two miles of one another in the morning or early evening, when coyotes are most active.

Several other coyotes were caught and euthanized before the culprit was trapped, Captain Foy said, including one about a week ago.

“It’s been a lot of 24-hour days and overnights and constant monitoring of traps and conversations with the public,” he said. “People have no idea how much time and personnel hours we’ve expended.”

“No one wants to kill a coyote as part of their job,” Captain Foy added. “But now that it’s done, it’s such a huge relief in our community.”

A rabies test will be conducted, the Department of Fish and Wildlife said in a statement. It noted that it was standard procedure and that no evidence suggested the coyote was rabid.

Though coyotes have been known to live in residential neighborhoods, where they eat squirrels, mice, rabbits and birds, attacks on humans are rare, Captain Foy said. Coyotes have long been present in much of North America and live in every state except Hawaii.

“They’re an important part of the ecosystem,” he said. “They’re good at keeping rodents under control and are good scavengers.”

Last year, at least 10 attacks by coyotes were reported in California. But Captain Foy said the animals are nocturnal and fearful of humans and usually try to stay out of sight. He is unsure why this one was so aggressive.

“This was a really unusual case,” he said. “I’ve been around 24 years and never seen anything like it.”

Kenji Stutz, the 45-year-old man who was attacked on Dec. 4, said in an interview on Friday that he was relieved the animal had been caught.

“It’s just a very unreal thing that there was a serial attacking coyote here in our community,” he said. “When I’ve been out walking with friends and family the last couple of months, I’ve been on the lookout, so it’s a big relief for the neighborhood.”