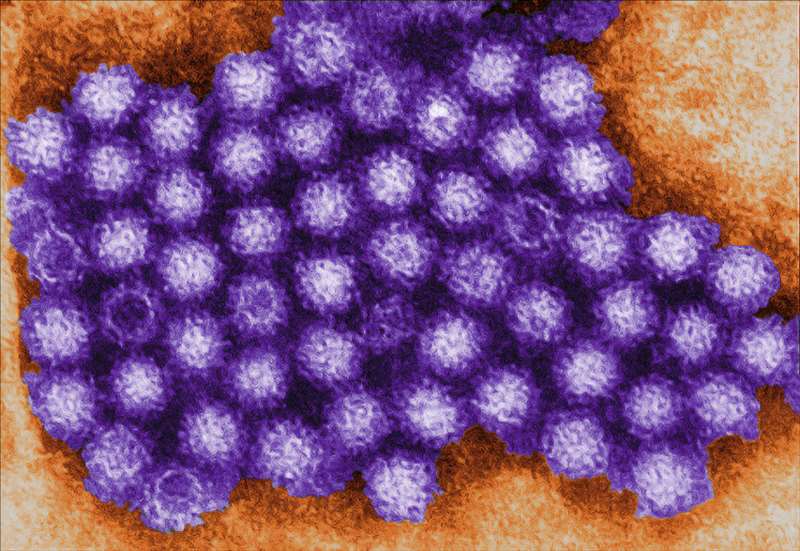 Scientists may have found a culprit for what can trigger Crohn’s disease.

“What we found is really interesting,” said study co-author Ken Cadwell, Recanati Family Professor of Microbiology at the NYU Grossman School of Medicine in New York. “In an unexpected way, T-cells protect the lining of the gut and infectious triggers interfere with that ability.”

People with Crohn’s cope with chronic diarrhea, abdominal pain and weight loss. There is no cure for it and existing treatments can cause severe side effects. The hope is that the API5 protein, or something like it, may hold the key to an eventual treatment for Crohn’s that won’t weaken the immune system, as many current therapies do.

Cadwell and his colleagues discovered the norovirus connection to Crohn’s fortuitously when they were studying mice that had been engineered to develop the intestinal disease. Many of the mice had gotten norovirus and “the mice developed intestinal abnormalities only in the presence of a viral infection,” Cadwell explained.

The researchers noticed it because without the norovirus infection, the T-cells that were secreting API5 continued to protect the lining of the digestive tract.

Next, Cadwell and his team explored the impact of the protein on tissue from the guts of people with the Crohn’s susceptibility gene and also from people without the gene. Because the researchers were looking only at lining cells from the gut — with no T-cells around to protect them — the tissue was susceptible to developing damage. When the researchers treated the tissue with API5, the protein was once again protective.

The researchers also found that people with Crohn’s had fewer API5-producing T-cells.

“Although this doesn’t tell you it’s due to a norovirus or something else, it does give us more confidence that something happened to these patients that’s similar to norovirus infection in mice,” Cadwell said.

It’s possible that norovirus isn’t the only germ that can trigger Crohn’s and that the particular genetic mutation the researchers were looking at isn’t the only one that can make the gut’s lining vulnerable to the disease, Cadwell said. But it does look like API5 may offer a pathway to better therapy for Crohn’s patients.

The finding is important but more research is needed, said gastroenterologist Dr. Eugene Yen, associate professor of medicine at the Northwestern University Feinberg School of Medicine.

“It’s one thing to know what’s causing the disease and another to find a way to alter its course,” said Yen, who was not involved in the study.

Still, “most of our progress has been made after disease discoveries like this,” Yen said. “It’s exciting and I look forward to future research on this topic.”

Dr. Serre-Yu Wong, a gastroenterologist and instructor in the division of gastroenterology at the Mount Sinai Health System agreed that the research is “remarkable.”

“For one thing, it shows a direct protective effect of these specialized T-cells — of which we didn’t know a lot about — that live in the gut,” said Wong.

“I think this is one more big step in dissecting how this very complex disease process works,” said Wong, who was not involved in the new research.

That would be welcome news to Heather Schlueter, who learned three years ago that her excruciating abdominal pain was due to Crohn’s disease. Doctors prescribed steroids, a chemotherapy drug and a biologic medication that suppresses the immune system.

“I’m one of the lucky ones,” Schlueter said. “Those drugs have worked remarkably well for me. They put me in remission.”

But then Schlueter developed melanoma and after surgery to remove the tumor, she was hit with a life-threatening bacterial infection, which she blames on the immune-suppressing drugs she was taking to manage her Crohn’s.

After a lot of research, the 53-year-old Scottsdale, Arizona, resident decided to quit the drugs and try to keep her disease in remission through diet, meditation and exercise. Schlueter has been doing well for 10 months but her doctor has warned her that the disease could come back even stronger, which is why the idea of a new type of medication that doesn’t suppress the immune system has a big appeal.

“It offers hope to me,” Schlueter said. “There hasn’t been anything new or hopeful on the horizon. If there could be anything new that is less toxic that’s very exciting to me as a patient.”

Linda Carroll is a regular health contributor to NBC News and Reuters Health. She is coauthor of “The Concussion Crisis: Anatomy of a Silent Epidemic” and “Out of the Clouds: The Unlikely Horseman and the Unwanted Colt Who Conquered the Sport of Kings.”