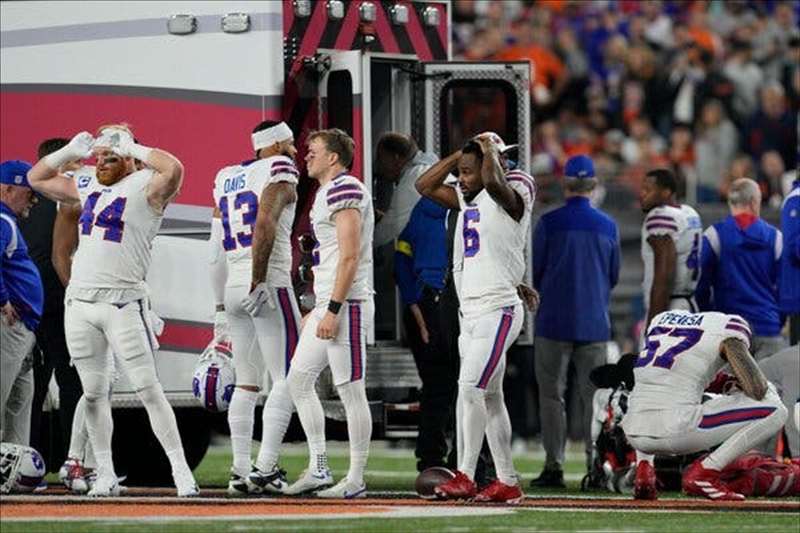 Cardiac doctors say that blows to the chest causing an erratic heart rhythm are highly unusual, but not unheard-of in sports.

A freakish accident may explain the cause of the cardiac arrest that sent Damar Hamlin of the Buffalo Bills to the ground during a football game on Monday night, five cardiac experts said.

It is not yet known why Mr. Hamlin’s heart stopped about nine minutes into the game against the Cincinnati Bengals. But his youth, health and other circumstances could mean that a blow to his chest during a collision with a receiver on the opposing team sent his heart into an erratic rhythm known as an arrhythmia.

Dr. Aaron Baggish, a sports cardiologist at Harvard Medical School who has worked with the New England Patriots, cautions that, while a blow to the chest “is definitely a front-runner” to explain what occurred on Monday, “it is premature to be definite.” Mr. Hamlin, he said, will most likely undergo extensive testing to be sure there was no other cause.

For an arrhythmia to occur, there has to be what Dr. Baggish called “a perfect storm” — the chest must be struck in a precise place at a precise moment while the heart is relaxing after squeezing out blood, and with the right amount of force.

Dr. Mack added that “the force of a blow can go right through” a pad.

There is just a 20-millisecond interval in the heart’s cycle when a strong blow can cause an arrhythmia, said Dr. Javid Moslehi, a cardiologist at the University of California San Francisco School of Medicine.

Shortly after Mr. Hamlin, 24, collapsed, medical personnel at the game administered cardiopulmonary resuscitation for nine minutes as they tried to keep blood moving through his body. When his heart rhythm was restored, they took Mr. Hamlin to the University of Cincinnati Medical Center, where he remains in critical condition.

It is normal to put patients like Mr. Hamlin on a respirator, Dr. Mack said. But, he added, “if he is still on the respirator today, that means he has not awakened.”

The concern is whether, during those long minutes before Mr. Hamlin’s heart rhythm returned, when his heart was not pumping normally, a lack of blood damaged his brain, heart experts said. If a patient in cardiac arrest does not recover right away, doctors will often induce a coma to give the brain a chance to rest, Dr. Mack said. Sometimes doctors also cool the brain to slow its metabolism while it recovers, using cooling blankets — which have coils that circulate chilled water — and headpieces.

“The more concern there is about brain injury, the more aggressive doctors are about sedation and hypothermia,” Dr. Mack added. If Mr. Hamlin remains unconscious from 72 to 96 hours after his cardiac arrest, “there is a real concern,” Dr. Mack said.

But, though they can’t rule them out, heart experts doubt that Mr. Hamlin has these conditions. Dr. Rajat Deo, an arrhythmia specialist at the Perelman School of Medicine at the University of Pennsylvania, said the N.F.L. extensively tested its athletes and would be expected to find such problems.

Cardiac arrests differ from heart attacks, which are caused when an artery supplying blood to the heart is blocked, depriving the organ of blood. That can trigger an arrhythmia or even sudden death.

“Could it have been due to a blockage?” asked Dr. Brahmajee Nallamothu, a professor of internal medicine and cardiology at the University of Michigan. “I guess, but probably unlikely in a young guy.”