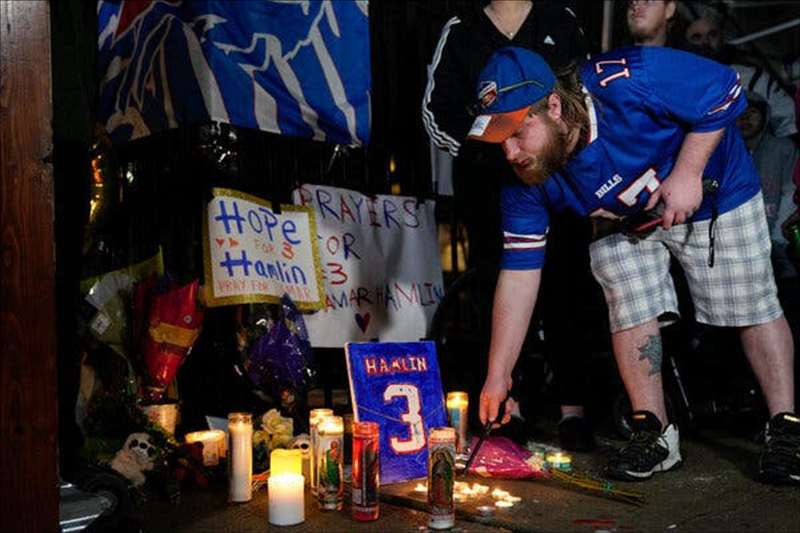 The Buffalo Bills safety was on a good path for neurological recovery but might still face injuries to other organs, including his lungs.

Damar Hamlin’s ability to communicate with medical personnel and members of his family after a cardiac arrest on Monday night bodes well for his brain’s recovery, according to the doctors caring for him and outside medical experts.

“This marks a really good turning point in his ongoing care,” said Dr. William Knight IV, director of emergency medicine at the University of Cincinnati Medical Center, which has been treating Mr. Hamlin since he collapsed on the field during a Buffalo Bills-Cincinnati Bengals game. “But he still has significant progress that he needs to make.”

While experts have reasons to anticipate that Mr. Hamlin may be on a good path for neurological recovery, questions remain about the health of his other organs, including his lungs.

In a news conference on Thursday, Dr. Knight and Dr. Timothy A. Pritts said that Mr. Hamlin was still critically ill, was in intensive care and was still lightly sedated and on a ventilator, and so unable to talk. But he can now communicate by shaking his head and nodding. He even wrote a question on a pad of paper, asking his nurse who had won the game.

The consequences can be dire even if, as in Mr. Hamlin’s case, the person receives immediate cardiopulmonary resuscitation and his heart is restarted with a defibrillator.

“The big issue in cardiac arrest is no blood flow to the brain,” said Dr. Andrew Luks, a critical care and respiratory disease specialist at the University of Washington who is not involved with Mr. Hamlin’s care.

Although it is impossible to do a complete neurological evaluation while Mr. Hamlin is on a respirator, “the fact that he follows commands and communicates in writing is very reassuring,” Dr. Luks said. “The likelihood of severe neurological damage is very low.”

“There’s every reason to think he will return to a normal neurologic function,” said Dr. Michael Mack, chairman of cardiovascular services at Baylor Scott & White Health in Dallas.

But recovery is not instantaneous, he added. Patients go through a phase where they are slow to process and respond in conversation.

Sometimes CPR injures the lungs during the repetitive, deep compressions of the chest wall. Patients may also breathe stomach fluids or saliva into their lungs, injuring them. And the impaired blood flow during CPR can contribute to lung injury.

There is no specific treatment for ARDS, said Dr. Douglas White, professor of critical care medicine at the University of Pittsburgh Medical Center, other than ensuring that the ventilator is set to deliver smaller breaths than normal to prevent additional injury to the lungs. Doctors then monitor patients and wait for them to heal, which can take days or weeks.

While most patients fully recover, some are left with scar tissue in their lungs, Dr. White said. For many, the scar tissue is not serious — but, he said, “for a world-class athlete,” who performs at physical extremes, “it’s a different problem.”

“The next big milestone,” Dr. Pitts said, “will be getting him to breathe on his own.”

Mr. Hamlin’s doctors declined to predict when or if he would fully recover and whether he would be able to play football again. They said they were just taking things day by day.

“It’s been a long and difficult road for the last three days,” Dr. Knight said. Mr. Hamlin, he said, was “incredibly sick.”

But, he said, “he is now demonstrating signs of good neurological recovery.”