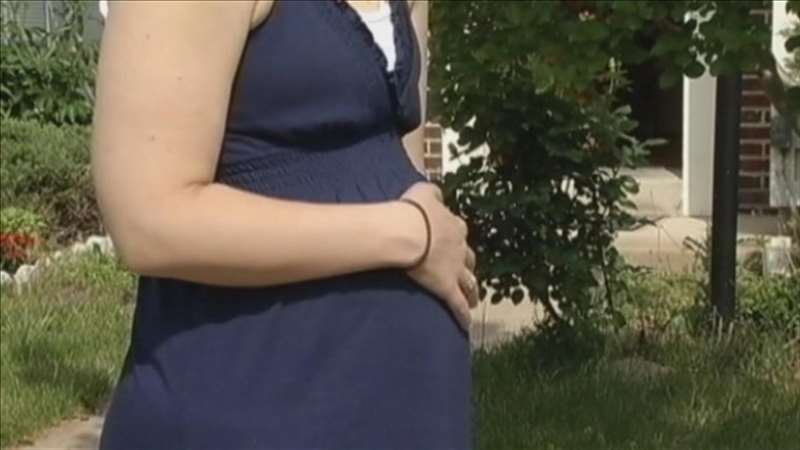 When Caitlynn Ott of Silver Bow County, Montana, found out she was pregnant with her third child, her excitement was tinged with anxiety.

So when one of her doctors mentioned that there was a new Covid-19 vaccine clinical trial by the drugmaker Pfizer and its German partner, BioNTech, specifically for expectant mothers, she decided to enroll.

“We don’t have enough of this research, and that’s why I felt like it was so important to do it,” Ott, who is in nursing school, said. “I’m so incredibly excited.”

But her husband and other family members were initially worried. With so little information about the vaccine, how could Ott be sure it wouldn’t harm her baby?

“I don’t believe they would be doing this if it was absolutely not safe,” she said she told them, adding that she was more worried about the coronavirus than the unknowns of the vaccine.

“We’ve been advocating for a while that there is a safe way to include pregnant women in clinical trials,” said Dr. Laura Riley, chair of the American College of Obstetricians and Gynecologists’ Immunization, Infectious Disease and Public Health Preparedness Expert Work Group.

“By excluding pregnant women, you leave us in exactly the spot we’re in right now — the midst of a pandemic with no information — which is ultimately not helpful to patients.”

“By excluding pregnant women, you leave us in exactly the spot we’re in right now — the midst of a pandemic with no information — which is ultimately not helpful to patients.”

Receiving vaccines during pregnancy is not uncommon.

But expectant mothers have historically been shielded from large-scale clinical research for vaccines. With the ongoing threat posed by the pandemic, that would not make sense in this case, experts say.

“It’s really important to study the effects of the vaccine on pregnant women now, because tens of thousands of women are choosing to be vaccinated,” said Dr. Denise Jamieson, professor and chair of the department of gynecology and obstetrics at the Emory University School of Medicine, who is recommending the vaccine to all her pregnant patients who are eligible. “It’s our responsibility to ensure that these vaccines are as safe as we believe they are.”

The CDC, the American College of Obstetricians and Gynecologists, and the Society for Maternal-Fetal Medicine all agree that the vaccine should be offered to pregnant and nursing women who are eligible for it.

But not all pregnant women are. Some states, such as New York, have deemed pregnancy an underlying condition, meaning women who are pregnant can sign up to get a vaccine now. In Montana, where Ott lives, healthy pregnant women must wait their turn like everyone else.

The Pfizer trial she will participate in is looking to enroll 4,000 pregnant women in multiple countries, with half receiving the Covid-19 vaccine and half receiving a placebo. The women will receive their injections 24 to 34 weeks of their pregnancies. Ott, who is due in July, is only 22 weeks along, and is scheduled to get her first dose in the trial in April.

“I know not everybody is going to jump on the vaccine board,” she said. “I don’t judge anyone for the decision that they make. I just hope this gives more information for everybody.”

There are ongoing efforts to collect data on how pregnant women fare after getting vaccinated against the coronavirus.

More than 20,000 have been vaccinated so far in the U.S. — mostly pregnant health care workers or women enrolled in prior Covid-19 vaccine trials who later found out they were pregnant.

Pfizer hopes to share data from its pregnancy clinical trial sometime in the fourth quarter of this year, according to Jerica Pitts, Pfizer’s director of global media relations.

In the meantime, obstetricians are encouraging patients to take into account their level of exposure if they are struggling to decide whether to get vaccinated.

“If your risk is rampant, that plays into your decision-making.”

“If your risk is rampant, that plays into your decision-making,” said Riley, who is also the chair of obstetrics and gynecology at Weill Cornell Medicine and an obstetrician and gynecologist-in-chief at NewYork-Presbyterian hospital.

“I had a patient who said, ‘I’m not going anywhere. I only go out to do my prenatal visits.’ For someone like that, she feels less compelled to get the vaccination in the absence of data.”

Experts say information about other vaccines can help women make an informed decision.

In endorsing the idea that pregnant women should have access to the vaccine at the same rate that nonpregnant women do, organizations such as the Society for Maternal-Fetal Medicine drew upon decades of data on vaccines, said Dr. Christina Han, a member of the Society for Maternal-Fetal Medicine COVID Task Force and an associate clinical professor of obstetrics and gynecology and division director of maternal-fetal medicine at UCLA Health.

“We know that vaccination in general is safe and efficacious in pregnant women,” she said.

One type is not allowed during pregnancy though, she said: live-attenuated vaccines, which use weakened versions of a live germ that causes a disease, such as chickenpox. Those are avoided in pregnant women for fear of reactivating a latent infection. Covid-19 vaccines are not live-attenuated.

“If an individual truly wants to hold off on the vaccine, that is absolutely every pregnant woman’s prerogative to do so,” Han said. “You just have to maintain the same precautions we have all hopefully been taking.”

Carla Chevalier, 32, of Norfolk, Virginia, is a medical interpreter who spends her days in hospitals and clinics doing translations for patients and is due with her second son March 19.

Chevalier got both her Covid-19 shots in January. It was a decision she arrived at after calculating her risk factors: She is Hispanic, one of the many minorities hit disproportionately by the virus; she has asthma; and she is constantly facing potential exposure to the virus through work.

Side effects after her first shot were mild, she said, including a minor headache and some fatigue. After the second shot, she had “terrible” body aches, she said, which lasted for less than two full days.

“I would do it again 1,000 times,” she said. “I would take that one day of hell over actually getting the disease. It makes more sense. One day of pain or two days cannot compare to the lottery that you’re really taking with your own life.”

One day of pain or two days cannot compare to the lottery that you’re really taking with your own life.”

All her prenatal visits since getting vaccinated have gone well, she said, with the baby “kicking and moving — he’s been perfectly fine.”

In Rapid City, South Dakota, Mariah Slagle-Ashley, 24, a physician recruitment specialist who is due with her first child, a girl, on March 23, also opted to get vaccinated.

“There’s a reason that physicians are physicians,” she said. “They went through a lot of work and a lot of school to get to where they are, so their opinions matter more than someone’s opinion on Facebook or any other social media platform.”

After getting vaccinated, Slagle-Ashley said it felt ‘like a weight is taken off my shoulders.”

But not everyone is open to the vaccine. Some patients are “adamant they do not want to get vaccinated” with something that was developed so quickly, Jamieson said.

Ott, in Montana, is proud to be participating in the vaccine trial. She plans to tell her son when he grows up that he helped contribute to research.

Elizabeth Chuck is a reporter for NBC News who focuses on health and mental health, particularly issues that affect women and children.