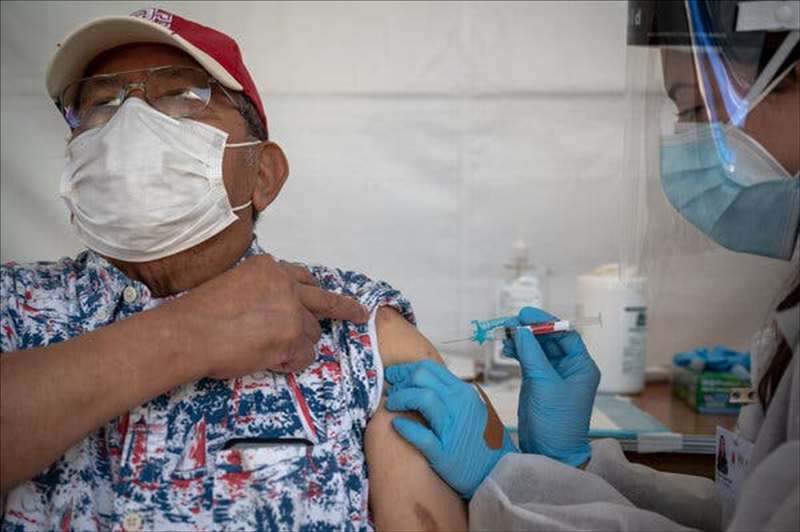 Doctors are reporting additional, minor symptoms that appear several days after people have received their shots.

Some people are having delayed reactions to their first dose of a Covid vaccine, with their arms turning red, sore, itchy and swollen a week or so after the shot.

“We modified our patient handout once we started seeing this,” Dr. Kimberly G. Blumenthal, an author of the letter and an allergist at Massachusetts General Hospital, said in an interview. “We had said it was normal to get redness, itching and swelling when you get the vaccine. We changed the wording to say it can also start seven to 10 days after you get the vaccine.”

The letter describes the experiences of 12 people who had “delayed large local reactions” that began four to 11 days after the first shot of the Moderna vaccine, within a median of eight days. The report is not a controlled study, but rather a series of cases that came to the doctors’ attention because the vaccine recipients were concerned and wanted to know whether they should get the second shot.

Most were vaccinated at Massachusetts General Hospital, where both the Moderna and Pfizer-BioNTech vaccines were administered. But the delayed reactions occurred only in people who had received the Moderna shot, Dr. Blumenthal said, adding, “I don’t understand why.”

According to the letter by Dr. Blumenthal and 10 other physicians, all 12 people reported typical symptoms like a sore arm that often occur shortly after inoculation, and those initial symptoms had disappeared.

Then, a delayed reaction hit. In five people, big, raised skin lesions emerged that measured 10 or more centimeters in diameter near the injection site. Two had rashes in other spots, one near the elbow and one on the palm of the hand. Some also had systemic symptoms at the same time, like fatigue and achy muscles.

Most treated the skin symptoms with ice and antihistamines. But some needed steroids, in cream or pill form, and one was prescribed an antibiotic by a doctor who mistook the problem for an infection.

The symptoms lasted a median of six days, ranging from two to 11 days. All the patients went on to get the second shot. Half did not have another delayed reaction, but three developed the same symptoms again and three had milder reactions than after the first shot.

Dr. Blumenthal said there were many unanswered questions about the reactions. Ten of the 12 patients were women, but it is not clear whether women are more prone to the problem or whether the imbalance occurred because more of the vaccinated health workers were female.

Some had allergies to drugs, wasp stings or food, but others did not.

A skin biopsy on one patient indicated that the condition was a drug reaction. But what exactly the patient’s immune system was reacting to is not known.

“I’m hoping the companies will figure it out,” Dr. Blumenthal said.