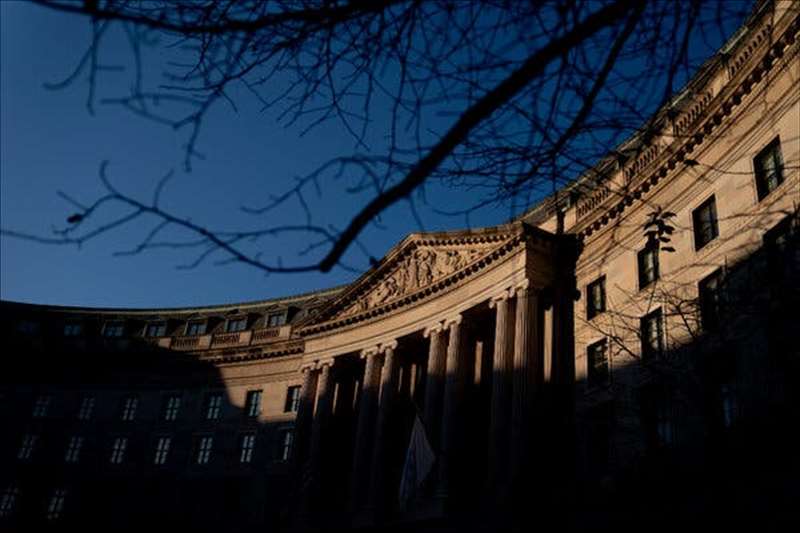 Despite an injection of funding, the agency still has not recovered from an exodus of scientists and policy experts, both insiders and critics say.

WASHINGTON — The nation’s top environmental agency is still reeling from the exodus of more than 1,200 scientists and policy experts during the Trump administration. The chemicals chief said her staff can’t keep up with a mounting workload. The enforcement unit is prosecuting fewer polluters than at any time in the past two decades.

And now this: the stressed-out, stretched-thin Environmental Protection Agency is scrambling to write about a half dozen highly complex rules and regulations that are central to President Biden’s climate goals.

The new rules have to be enacted within the next 18 months — lightning speed in the regulatory world — or they could be overturned by a new Congress or administration.

The regulations are already delayed months past E.P.A.’s own self-imposed deadlines, raising concerns from supporters in Congress and environmental groups. “It’s very fair to say we are not where we hoped we’d be,” said Miles Keogh, executive director of the National Association of Clean Air Agencies, which represents most state and local air regulators.

As staffing at the E.P.A. thinned out, the workload only increased, both the agency and its critics say.

Career employees are being “worked to death” said Betsy Southerland, a former top E.P.A. scientist. “They’re under the greatest pressure they’ve ever been.”

Biden administration officials insist the agency has delivered more environmental protections than any previous presidency and listed dozens of new policies, including the creation of a high-level office focused for the first time on addressing racial disparities when it comes to environmental hazards.

The agency’s administrator, Michael S. Regan, has promised that new regulations being written by his staff now will be made public by spring. Agency officials said that the E.P.A. has stepped up its recruitment efforts and has purchased software that has helped the agency identify more potential job candidates, particularly from universities.

“The agency is moving further and faster than ever before,” Dan Utech, Mr. Regan’s chief of staff, said in a statement. He added that accomplishments had come “despite depleted staffing levels, persistent funding challenges and a previous administration that left the agency neglected and scientifically compromised.”

The E.P.A. is at an unusual juncture. The 2021 bipartisan infrastructure law and the climate law enacted last year have begun to pump $90 billion into the agency over the next 10 years for climate projects like $1.5 billion for new technologies to monitor and reduce methane emissions from oil and gas wells, $5 billion for states to purchase low-emission school buses and $3 billion to cut pollution at ports. For the first time the E.P.A. has “a little bit of walking-around money,” Mr. Regan joked to staff at a recent meeting.

But experts said they worry the E.P.A.’s regulatory and enforcement work is taking a back seat to issuing grants.

“E.P.A. is a regulatory agency, and I worry the huge piles of money they now have to administer and manage could end up obscuring the regulatory work the statues say they have to do,” said Eric Schaeffer, executive director of the Environmental Integrity Project, a watchdog group.

Mr. Biden wants to cut United States greenhouse gas emissions roughly in half this decade in order to avoid the most severe climate disruptions.Analysts say that even with the new climate law, the president can’t achieve his goal without new regulations designed to cut carbon dioxide and other pollutants from power plants, cars and trucks.

The process from proposing a regulation to enacting it can take months, and the current delays may mean that some rules are not completed until next year. Under the Congressional Review Act, lawmakers can repeal any regulation within 60 legislative days of being finalized with a simple majority vote. So any final rule issued in late 2024 could be repealed by Republicans if they maintain control of the House and pick up seats in the Senate in the November 2024 elections.

Moreover, Biden administration climate rules are also likely to face legal challenges. If a new administration is elected in 2024, it might opt not to defend the rules in court.

In a recent interview, Mr. Regan said the agency, in light of the new climate law, has been reassessing is plans to regulate the industry. He said the millions of dollars now available to make it cheaper and easier for utilities and automobile manufacturers to move away from fossil fuels had led the agency to consider whether it could impose more stringent emissions goals than initially conceived. That would move the power and transportation sectors of the economy even faster away from fossil fuels. He said developing the legal and economic justification for such regulations would take time but was nearing completion.

“This spring, you’re going to see a number of actions taken by E.P.A.” Mr. Regan said.

Despite the billions earmarked for climate programs, E.P. A. remains underfunded and understaffed when it comes to its other obligations, including enforcing environmental laws and evaluating chemicals to ensure they don’t pose an unreasonable risk to human health or the environment.

Industries regulated by the E.P.A. are also frustrated, saying the agency is taking too long to determine whether new and existing chemicals pose an unreasonable risk to the environment or human health.

The American Chemistry Council, which represents companies like Dow, Dupont and ExxonMobil Chemical, is frustrated by “constant delays and lack of transparency in how resources are being deployed,” according to a statement from Kimberly Wise White, vice president of regulatory and scientific affairs at the trade group.

In fact, Mr. Trump tried each year to slash the E.P.A. budget by at least 30 percent. Highly skilled scientists and other experts left the agency as the Trump administration dismantled science advisory panels, disregarded scientific evidence and weakened protections against pollution.

“They beat down the E.P.A. work force, a lot of people left dispirited,” said Senator Tom Carper, Democrat of Delaware and chairman of the Committee on Environment and Public Works ,which oversees the E.P.A.

The result is that the E.P.A.’s chemical safety office is way behind, Ms. Freedhoff told Congress. Attracting and retaining staff has been difficult because of the heavy workload, she said.

Mr. Carper said he was “impatient,” particularly with the regulatory delays, and had expressed that to Mr. Regan personally.

The E.P.A. is hiring and, in the past two years, has increased its payroll by 3 percent, up to 14,844 employees. But that has brought total staffing levels to slightly more than when Ronald Reagan was president.

When Mr. Trump entered the White House, the E.P.A. had 15,408 employees. The following year it dropped to 14,172 employees, a level that stood more or less steady until the Biden administration.

It was only last month that the agency received its first significant budget increase in years, an additional $576 million, for enforcement and compliance, as well as clean air, water and toxic chemical programs.

Max Stier, the head of the Partnership for Public Service, a nonpartisan organization that seeks to make government more effective, said the E.P.A. faced a “consequential hurdle” to both accomplishing the long list of rules that Mr. Biden has promised and to expanding further to make sure money from the new climate law gets spent effectively.

“You have an organization that was at some level traumatized to begin with, that was facing difficulties created over many, many years of divestment and now you have a new set of requirements that are going to call for new capabilities,” he said. “They’re going to have to build up their strength, and that does not happen overnight.”