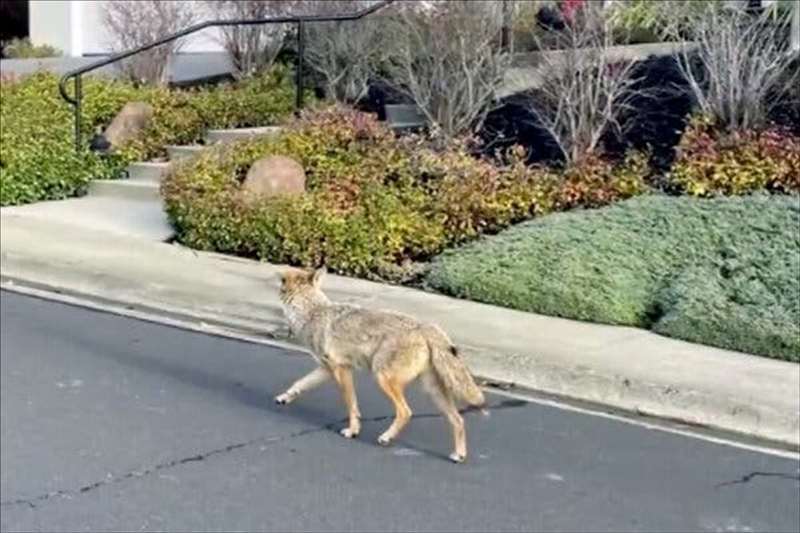 Since July, four attacks on Bay Area residents have involved the same coyote, according to DNA taken from the victims’ bite wounds and clothing.

California wildlife officials believe that a single coyote is responsible for a series of recent attacks on residents in the Bay Area.

DNA taken from the victims’ bite wounds and clothing revealed that all four residents had been attacked by the same coyote, Capt. Patrick Foy of the California Department of Fish and Wildlife said on Wednesday.

The agency and the police are trying to capture the coyote.

The latest attack took place at about 8:30 a.m. on Tuesday in Moraga, a suburban town of about 16,000 residents east of San Francisco.

A woman was walking with her 3-year-old daughter on a street when a coyote attacked and bit the girl, Chief Jon B. King of the Moraga Police Department said on Wednesday.

“All four attacks are within two miles of each other, which is nothing for a coyote to run back and forth,” Captain Foy said.

On the morning of Dec. 4, a coyote attacked Kenji Sytz as he worked out on a high school field with friends.

“I went down to do my last round of push-ups and felt a sting that turned into a sharp pain instantly,” Mr. Sytz, 45, recalled in a phone interview on Wednesday.

“I looked back while in a push-up position and on my left leg, latched on, was a coyote,” he said.

“I shook my leg,” he continued. “It didn’t let go. I rolled to my side and with a closed fist punched it square in the nose and it released.”

When the coyote did not immediately leave the field, Mr. Sytz shouted and raised his arms to scare it away. With the help of one of his friends, the coyote eventually retreated.

Mr. Sytz went to an emergency room, where his four bite wounds — two on his shin and two on his calf — were cleaned and treated.

“He got me pretty good,” Mr. Sytz said, adding that he had received rounds of tetanus and rabies shots in the weeks after the attack.

Mr. Sytz, who grew up in Moraga, said that he was accustomed to seeing coyotes in the community and in the hills, but that they didn’t usually approach humans.

“It wanted to continue to engage, the complete opposite of what an animal does in that situation,” he said.

The man jumped up and shouted aggressively along with two other people until the coyote fled, he said.

And in July, a coyote bit a 2-year-old boy in the parking lot of a park. A nanny who was caring for the boy used a bike helmet to smack the coyote and shoo it away, Captain Foy said.

“In each of the attacks, we collected the victim’s clothing and swabbed into the bite wound,” he said of the DNA testing.

In December, the agency’s law enforcement division confirmed that the same coyote was involved in those three attacks.

Mr. Sytz said that his heart sank when he learned that the same coyote was linked to the attack this week, which took place near his home. “I immediately thought, Which kid in the neighborhood got bit?” he said.

Captain Foy said that he did not know why the coyote had been so aggressive toward people and that it was not clear what may have started the rampage. He did say there was no evidence to suggest that the coyote had rabies.

“That will be a primary focus of the investigation, if we can get our hands on that animal,” he said.

“These are wild animals,” he said, “and as we have more and more people living in the urban-wild land interface, these encounters are going to become more and more prominent.”

Coyotes are known to live in residential neighborhoods where they can survive on squirrels, mice, rabbits and birds.

By nature, they are nocturnal and fearful of humans, and they try to stay out of sight.

“The vast of majority of coyotes, you never see them,” Captain Foy said.

Attacks are generally rare, he said, but last year there were at least 10 reported attacks by coyotes in California.

Captain Foy said he could not explain the uptick, but that anecdotal evidence suggested that more people were spending time in state parks and nature “because we are all cooped up in our houses in quarantine.”