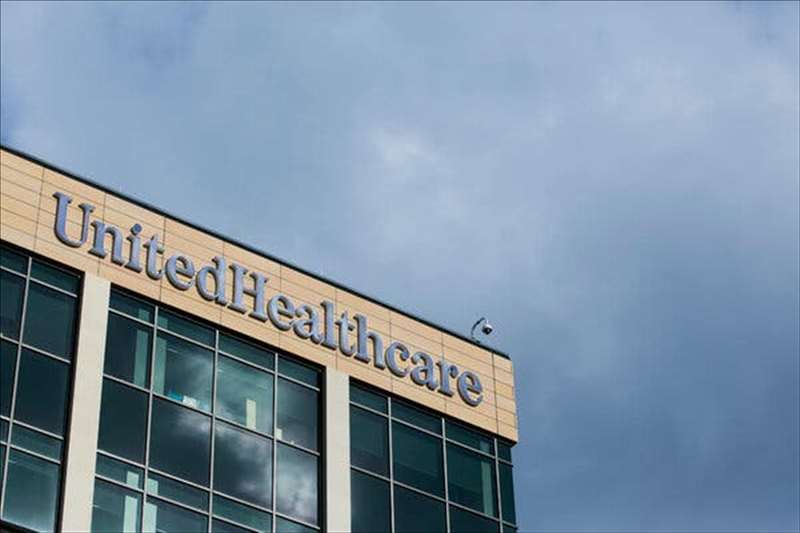 A multistate group of anesthesiologists filed cases in Texas and Colorado, accusing the insurance giant of squeezing them like a “boa constrictor.”

UnitedHealthcare, one of the nation’s largest health insurers, is being sued in two states by a large group of anesthesiologists who are accusing the company of stifling competition by forcing the doctors out of its network and by using its enormous clout to pressure hospitals and surgeons to stop referring patients to them.

The lawsuits, filed Wednesday in Colorado and Texas, were brought by U.S. Anesthesia Partners, a sizable physician-owned practice backed by private-equity investors. The practice claims in the Texas lawsuit that United engaged in “unlawful tactics and pressure campaigns,” including “bribing” surgeons with contracts that paid them much more if they steered patients away from the group’s anesthesiologists.

The doctors make similar claims in the lawsuit they filed in Colorado, where they say United orchestrated a “group boycott.” They describe United as “like a boa constrictor,” squeezing the group “from all angles.”

In an emailed statement, United said the lawsuits were “just the latest example of the group’s efforts to pressure us into agreeing to its rate demands and to distract from the real reason that it no longer participates in our network.” The company said it had not yet been served with either complaint.

United added that many of the private-equity-backed physician groups “expect to be paid double or even triple the median rate we pay other physicians providing the same services,” driving up the cost of care. The company says these groups have been using their increasing presence in a given regional market to demand higher rates. It says that its goal has been to keep the groups in network but that it is rethinking its approach.

While insurers and the hospitals and doctors have long had ugly standoffs during contract negotiations, the parties typically come to a last-minute agreement. But United has become increasingly aggressive in its stance toward large physician groups like U.S. Anesthesia, dropping a number of them from its network, according to analysts.

“United has a lot of market power and they want to use it to their advantage,” said Dean Ungar, who follows the insurance behemoth for Moody’s Investors Service, which evaluates the company’s debt. “They are willing to play hardball with some of these companies.”

U.S. Anesthesia, which operates in nine states, said it had a long relationship with United and was part of the carrier’s networks in Texas and Colorado until last year.

But the doctors also raise questions about the insurer’s potential conflicts of interest as its parent company, UnitedHealth Group, also offers medical services. UnitedHealth, which had $257 billion in sales last year, has become a sprawling conglomerate that includes more than 50,000 physicians, a chain of surgery centers, a pharmacy benefit manager and other assorted health care businesses in addition to its traditional insurance business.

UnitedHealth directly competes with U.S. Anesthesia, according to the Texas lawsuit, through an ownership interest in Sound Physicians, a large medical practice that provides emergency and anesthesiology services. Sound Physicians is looking to expand in markets like Fort Worth and Houston, and U.S. Anesthesia claims in the lawsuit that its doctors were contacted by Sound Physicians “to induce them to leave” and challenge the noncompete provisions in their contracts to work with the United group.

The major insurer throws its weight around in other ways, the lawsuit claims. While the company’s Optum unit, which operates the surgery centers and clinics, is technically separate from the health insurer, the doctors accuse United of forcing its OptumCare facilities to sever their relationships with the anesthesiology group and pushing in-network surgeons to move their operations to hospitals or facilities that do not have contracts with U.S. Anesthesia.

“United and its affiliates have extended their tentacles into virtually every aspect of health care, allowing United to squeeze, choke and crush any market participant that stands in the way of United’s increased profits,” the doctors claim in their lawsuit.

It is standard practice, United said, for an insurer to encourage the use of hospitals and doctors within its network.

In contrast to many smaller physician groups that are struggling because of the pandemic, United has maintained a strong financial position, shoring up profits while elective surgeries and other procedures were shut down, resulting in fewer medical claims. So it has continued to expand, hiring more doctors and buying up additional practices. The company says it plans to add more than 10,000 employed or affiliated doctors this year.

The relationship between insurers and providers has become more complicated as more insurance carriers own doctors’ groups or clinics. “They want to be the referee and play on the other team,” said Michael Turpin, a former United executive who is now an executive vice president at USI, an insurance brokerage.

Employers that rely on UnitedHealthcare to cover their workers have a difficult time judging who benefits when insurers fail to reach an agreement to keep a provider in network. “This is just as much about profit as it is about principle,” Mr. Turpin said.

United has defended its actions in the past by pointing to the role many of these doctors’ groups, financed by private equity, played in creating surprise medical bills that overwhelmed and burdened Americans around the country. Because the groups’ doctors specialize in areas like emergency care or anesthesia, patients are often shocked to find out that they are not in network even if the hospital where they received care is.

“United turned down multiple proposals that would reduce the total cost of care for patients,” Envision said in an emailed statement. “We are left to wonder why it appears United does not want our 25,000 clinicians in their network.”