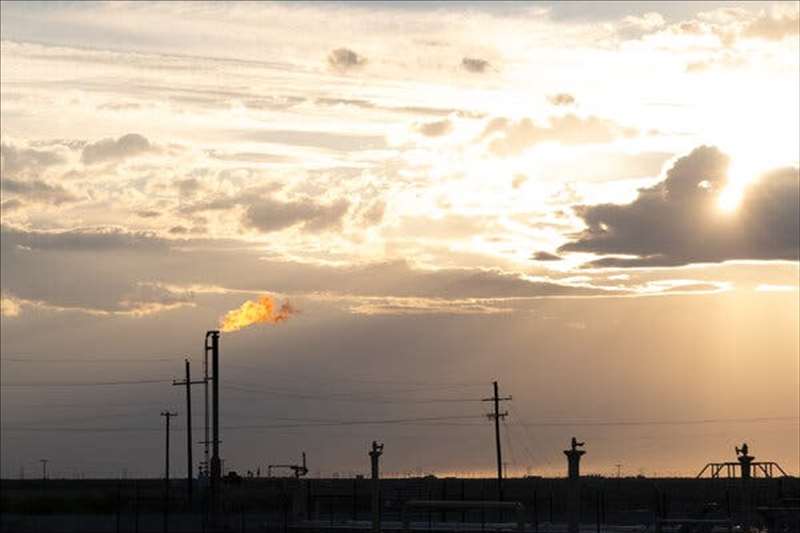 Frigid temperatures last month froze pipelines and forced companies to flare vast amounts of planet-warming gases that they suddenly had nowhere to send.

As Texas was crippled last month by frigid temperatures that killed more than 100 people and triggered widespread blackouts, drilling companies in the state’s largest oil field were forced to burn off an extraordinary amount of natural gas — on the worst day, an amount that could have powered tens of thousands of homes for at least a year.

The need to intentionally burn off, or flare, an estimated 1.6 billion cubic feet of gas in a single day — a fivefold increase from rates seen before the crisis, according to satellite analysis — came as the state’s power plants went offline and pipelines froze, so the wells simply had no place to send the natural gas still streaming out of the ground. As a result, the gas had to be set ablaze, fueling towering flames, the highest of which can reach hundreds of feet into the air.

The trends were corroborated by Mikhail Zhizhin, a researcher at the Colorado School of Mines, who pioneered the use of satellite observations to measure flaring. There were some uncertainties and limitations to using satellite data, he said: Clouds could obscure the view, for example, and smaller flares, or ones that are lit only for shorter periods of time, could be missed. And calculating volumes of gas needed to be calibrated for specific oil fields.

Still, “These are obvious outliers,” he said of the flaring volumes seen during the blackout. “It’s a sizable event.”

Natural gas was once hailed as a “bridge” toward renewable forms of energy such as wind or solar, because gas burns more cleanly than oil coal. But in recent years, researchers and environmental groups have raised growing concerns over the climate-change consequences of turning to natural gas.

Flaring is one reason. Burning off unused gas instead of capturing it not only wastes a valuable energy source, it emits carbon dioxide, a greenhouse gas that is the main contributor to climate change.

Those emissions are just one part of the total amount of gases released by processing plants refineries, power plants and other oil and gas facilities as they struggled to cope with the extreme cold. Rystad Energy, a research company, found that flaring from those facilities reached 180 million cubic feet of gas a day in February, the highest since Rystad started tracking the data in 2018.

“The extreme weather conditions that Texas experienced in February forced many facilities to flare gas, as there was no other exit,” Artem Abramov, head of shale research at Rystad, wrote in a research note. “Just immediately closing the gas tap is not possible.”

Under pressure to rein in emissions from oil and gas production, the Oil and Gas Climate Initiative, a consortium of the world’s largest producers, says its members aim to end routine flaring by 2030. But that pledge would not cover flaring prompted by disruptions like the Texas freeze, or in emergencies where flaring becomes necessary to reduce the risk of fires or explosions.

Julien Perez, the consortium’s vice president for strategy and policy, said in a statement that its members had collectively started to cut down on flaring, “reflecting a shared commitment to reduce volumes of natural gas flared.”

Many producers in the Permian drill primarily for oil, not natural gas, and therefore simply flare off much of the gas that comes up alongside the oil because they deem it not worth the effort or expense to capture and sell. And the accuracy of flare volume data, which is self-reported by operators, has been difficult to assess.

The Biden administration has made addressing flaring and venting, as well as methane leaks, a priority. One of President Biden’s first executive orders committed to reinstating and expanding regulations that the Trump administration had moved to roll back.

“What’s not acceptable is to continue to allow this industry to dump millions of cubic feet of toxic natural gas into our atmosphere for free, as if it was their dump,” Senator Sheldon Whitehouse of Rhode Island, one of the bill’s sponsors, said in an interview.

The researchers, who measured methane emissions using ground, aerial and satellite measurements, found that a 10 percent slowdown in Permian production during the pandemic resulted in a far bigger, 60 percent drop in emissions.

The reason for the disproportionate drop, researchers say, is that producers in the Permian have historically produced more gas than the region’s facilities can manage, straining the system and resulting in the highest emissions observed from any oil and gas basin in the United States. But a comparatively small drop was enough to relieve that pressure.

“It shows that if we reduce production, there are opportunities to reduce emissions” even further, said Mary Kang, an assistant professor at McGill University who researches emissions from oil and gas production and was one of the study’s co-authors. “It’s a positive finding.”