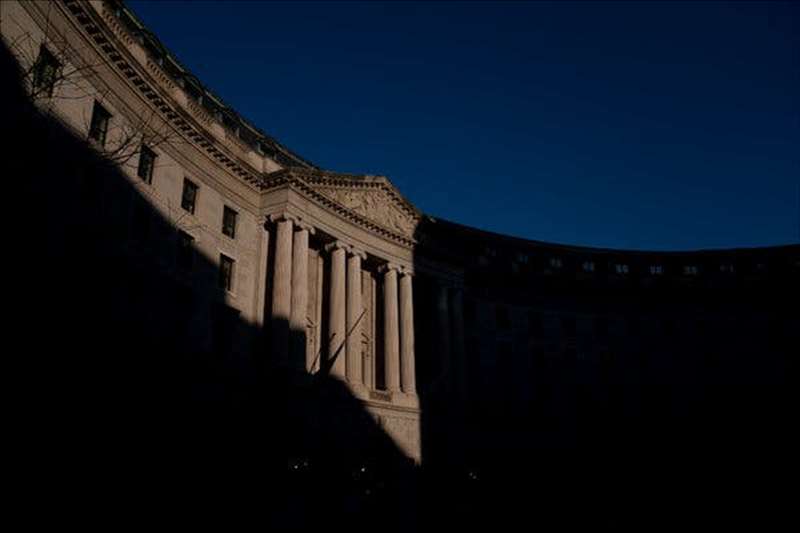 The agency said it would carry out an accounting of political interference in science, an unusually public act that Biden administration officials said was needed to restore trust in the agency’s decisions.

The effort could buttress efforts to unwind pro-business regulations of the past four years, while uplifting science staff battered by four years of disregard. It is particularly explicit at the Environmental Protection Agency, where President Biden’s political appointees said they felt that an honest accounting of past problems was necessary to assure career scientists that their findings would no longer be buried or manipulated.

“Manipulating, suppressing, or otherwise impeding science has real-world consequences for human health and the environment,” the E.P.A. administrator, Michael Regan, said in an agencywide email message on Tuesday. “When politics drives science rather than science informing policy, we are more likely to make policy choices that sacrifice the health of the most vulnerable among us.”

He asked employees to bring “any items of concern” to the agency’s scientific integrity officials or the independent inspector general and pledged to encourage “the open exchange of differing scientific and policy positions.”

“I also promise you that retaliation, retribution, intimidation, bullying, or other reprisals will not be tolerated,” Mr. Regan wrote.

The E.P.A. was the epicenter of some of the administration’s most questionable decisions.

Former Trump administration officials said the effort by Mr. Biden’s E.P.A. to discredit their work, which they maintained was conducted with robust scientific discourse, was its own brand of politics.

“Every decision we made in the Trump administration was rooted in science and was based on both advice and concurrence with the career scientific team,” said Mandy Gunasekara, who served as Mr. Wheeler’s chief of staff. “Not all of them agreed, but that’s with any team.”

Jonathan H. Adler, director of the Center for Environmental Law at Case Western University, said he shared some of those concerns. Understanding how many people could die at a certain level of exposure to a chemical is science, he explained. Deciding whether that risk justifies lowering the threshold for that chemical’s use is a policy judgment.

“The line between what’s science and what’s policy is not always well guarded,” Mr. Adler said.

Michal Freedhoff, the E.P.A.’s new acting assistant administrator in the office of chemical safety, agreed in a recent interview that disagreements over how science should inform policy are common in every administration. But, Ms. Freedhoff said, what she discovered shortly after she joined the agency in January went well beyond that, and beyond what she was expecting to find.

She said she has had briefings meetings in which scientists have hesitated to explain how and why certain decisions were made during the Trump years, only to learn of multiple instances in which the researchers were told to disregard data or certain studies or were shut out of decision-making altogether.

Ms. Freedhoff also said career scientists and other employees had been forced to spend an “inordinate” amount of time helping politically connected companies obtain favorable classifications for their products.

The E.P.A. declined to specify the companies involved or their political connections, saying that some of the decisions were under review. But officials said one decision related to the claims that a small company could make for its pesticide. That involved at least three meetings with Trump administration appointees — unusual for what should be a routine staff-level decision.

In another instance, Biden administration officials said, career scientists were required to spend a significant amount of time helping a company that wanted to have its product classified in a way that required less E.P.A. oversight.

“The involvement and the direction that the career staff were being given really crossed a line,” Ms. Freedhoff said.

Those smaller interventions, which she said she discovered only after taking her post, led her to write a March 10 memo to her staff outlining some of the more high-profile scientific integrity violations that had been made, she said. The memo urged employees to speak out “without fear of either retaliation or being denigrated” if they had scientific opinions that did not align with the new administration’s decisions.

“Unless we very clearly change direction and reaffirm the agency’s commitment to scientific integrity, transparency and decision-making about the best available science,” the agency will face continued skepticism from the courts and the public, Ms. Freedhoff said.

Alexandra Dapolito Dunn, who served as head of the chemical safety office under Mr. Wheeler, said she was hurt by Ms. Freedhoff’s memo.

“When someone like me reads a memo like this there’s a little bit that feels a little personal,” she said, “because even though it’s not written about me, I believe many of us who were appointed to the administration worked really hard to value the staff and to value the science.”

Ms. Dunn, however, said the changes to the report followed a robust discussion among scientists and peer reviewers about the cardiac study. Choosing to emphasize some opinions over others “doesn’t necessarily mean there is a lack of integrity in the process,” she said. “It means there are differences in opinion.”

Mr. Adler said uncovering malfeasance and learning from past errors was important, but also cautioned against “endless recriminations” and the “environmental equivalent of a Truth and Reconciliation Commission” at the E.P.A. He was referring to the restorative justice body assembled in South Africa after the end of apartheid.

William K. Reilly, the E.P.A. administrator under the first President George Bush and a critic of both Mr. Pruitt and Mr. Wheeler, said he disagreed.

“There’s no precedent for the attack on science, the sweep of it, the blatancy of it that we saw in the last administration,” Mr. Reilly said. He said a public reckoning was precisely what the E.P.A. needed now.

“Although it could look like politics, and probably does to the Trumpies, it’s a reasonable adjustment to what has to be a major transformation,” he said. “It’s a response both to the reality of the scientific abuse that occurred and also important to agency morale.”