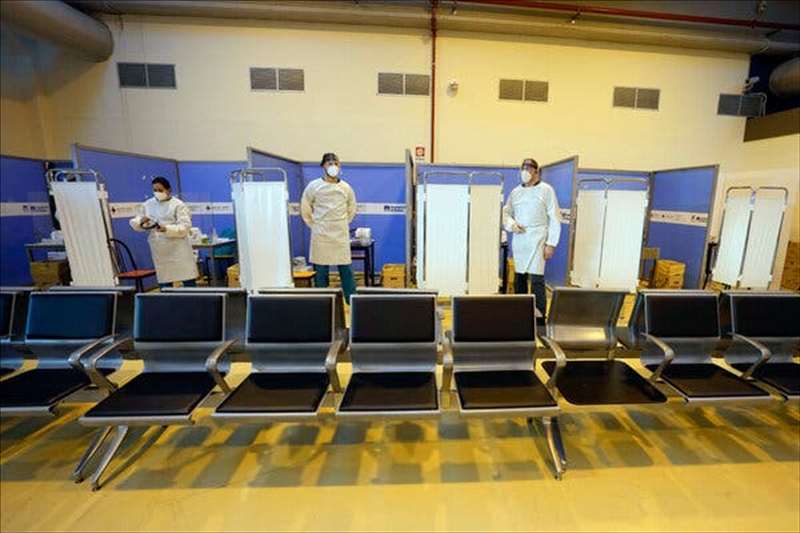 In a diplomatically fraught move, the bloc advised its 27 members to put restrictions in place as Chinese tourists prepare to return to global destinations.

BRUSSELS — The European Union on Wednesday “strongly encouraged” its 27 member nations to require a negative Covid-19 test for travelers boarding flights from China to the region, amid a surge in coronavirus cases in the country and Beijing’s lifting of its draconian travel restrictions.

The bloc’s recommendation, an attempt at a unified policy, came after three major European tourist destinations — France, Italy and Spain — as well as Britain, introduced testing and other requirements for travelers from China.

The E.U. move would bring back a tough pandemic-era measure for travelers that the tourist and aviation industries had hoped was a thing of the past.

Countries in the European Union “are strongly encouraged to introduce, for all passengers departing from China to member states, the requirement for a negative Covid-19 test taken not more than 48 hours prior to departure from China,” the advice said.

“The member states agreed on a coordinated precautionary approach in the light of Covid-19 developments in China, especially considering the need for sufficient, reliable data and the easing of travel restrictions by China starting on 8 January,” the committee’s statement said.

The move brings a sense of déjà vu to Europe, where the worst of the pandemic has largely been brought under control after more than two million deaths, economic havoc and, eventually, a vast and expensive vaccination campaign.

It also threatens to further strain E.U.-China relations, which are already tense because of China’s implicit support of Russia over its invasion of Ukraine.

Many experts and the World Health Organization have long said that travel restrictions are not a particularly effective means of controlling the spread of the coronavirus. And the introduction of stringent requirements for travelers can be logistically cumbersome, discriminatory and politically toxic.

“In the absence of comprehensive information from China, it is understandable that countries around the world are acting in ways that they believe may protect their populations,” Mr. Tedros wrote on Twitter.

“There continues to be a lack of reliable data on Covid-19 cases, hospital admissions, deaths as well as Intensive Care Unit (ICU) capacity and occupancy in China,” it added.

It also restarted processing passport applications from Chinese citizens for tourism abroad. Outbound flight bookings surged by nearly 300 percent on Dec. 27, when the government announced the changes to its border restrictions, according to data from Trip.com Group, a travel-booking company.

“For European and Austrian tourism, this heralds the return of the most important Asian source market for the coming tourism seasons,” she added.

But the European Union has been split over how to deal with the growing number of cases in China. The biggest concern for the European authorities has been the potential for the emergence of a new variant in China, but experts warn that forcing visitors from China to test or isolate would not stop the circulation of such a variant globally, should it emerge.

In Italy, sequencing of positive coronavirus samples taken from visitors arriving from China has not registered any new variants so far, health officials there said.

And the European Center for Disease Prevention and Control, which noted on Tuesday that no new variants had been recorded in China so far, said that E.U. citizens had high levels of immunity and vaccination against the known variants in circulation, meaning that the rise in China’s infections was “not challenging for the immune response of” people in Europe.

The E.U. advice on Wednesday, nevertheless, asked governments to carry out random airport testing on travelers arriving from China and to examine the waste from planes landing in Europe from China for the presence of coronavirus variants.