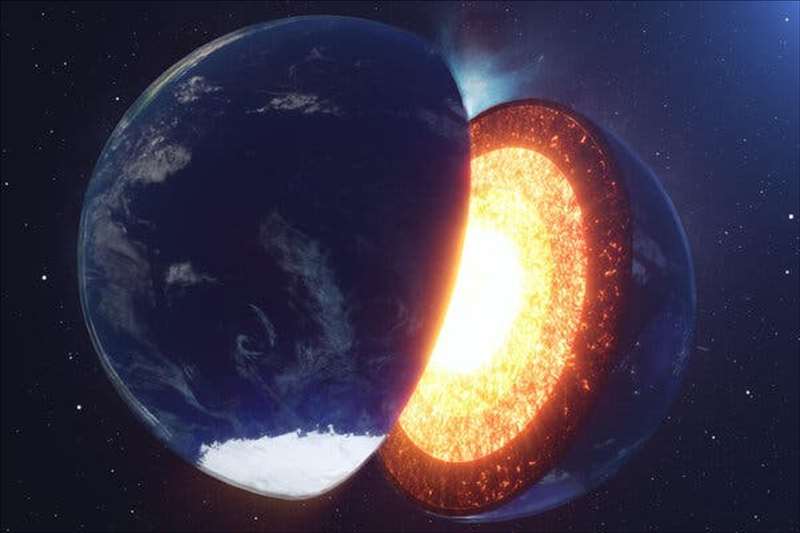 Researchers proposed a model with a 70-year rotation cycle of our planet’s iron heart, and report that we’re in the middle of one of its big shifts.

Imagine Earth’s inner core — the dense center of our planet — as a heavy, metal ballerina. This iron-rich dancer is capable of pirouetting at ever-changing speeds.

The inner core is like “a planet within a planet, so how it moves is obviously very important,” said Xiaodong Song, a seismologist at Peking University in Beijing and an author of the study.

In 1936, the Danish seismologist Inge Lehmann discovered that Earth’s liquid outer core envelops a solid metal marble — and it has bamboozled scientists ever since.

But these waves also created a conundrum. If the core was inert, the voyages of core-diving waves coming from near-identical quakes and nuclear explosions would never change — yet, over time, they do.

What’s going on? One idea is that two titanic forces are battling for control over the world’s heart. Earth’s magnetic field, generated by swirling iron currents in the liquid outer core, is pulling at the inner core, causing it to spin. That impulse is countered by the mantle, the mucilaginous layer above the outer core and below Earth’s crust, the immense gravitational field of which grasps the inner core and slows its spin.

By studying core-diving seismic waves recorded from the 1960s to the present day, Dr. Song and Yi Yang, another Peking University seismologist and a co-author of the study, posit that this tremendous tug of war causes the inner core to spin back and forth on a roughly 70-year cycle.

The inner core is now starting to gradually spin westward relative to Earth’s surface. It will likely accelerate then decelerate once again, reaching another apparent standstill in the 2040s and completing its latest eastward-westward spin cycle.

Because of its inaccessibility, this abyssal realm may forever elude explanation. “It’s certainly possible we’ll never figure it out,” Dr. Vidale said. But, he added, “I’m an optimist. The pieces are going to fall into place someday.”