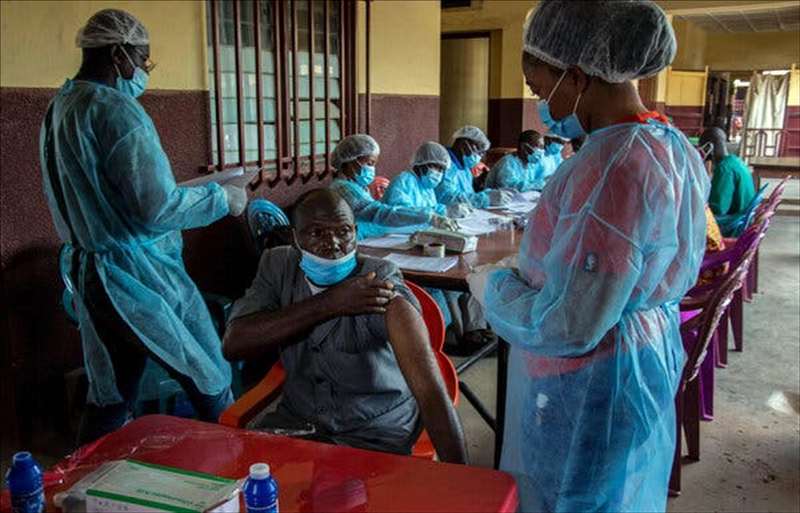 Genetic sequencing of virus samples from patients in Guinea suggest that the new outbreak is a continuation of the 2014-16 epidemic.

An Ebola outbreak now occurring in Guinea was almost certainly started by someone who survived West Africa’s historic 2014-16 epidemic, harbored the virus for at least five years and then transmitted it via semen to a sex partner, researchers reported on Friday.

The finding, based on genetic sequencing of virus samples taken from patients in the current outbreak, shocked researchers. Until now, the longest the virus had been known to persist in a survivor was 500 days.

“It’s a stunner,” Dr. William Schaffner, an infectious-disease expert at Vanderbilt University who was not involved in the research, said in an interview. “This is an extraordinary phenomenon.”

The current outbreak in Guinea was first recognized in January and has infected at least 18 people and killed nine.

The discovery that a survivor most likely started the outbreak has profound implications. West Africa’s previous epidemic infected more than 28,000 people, killed more than 11,000 and left thousands of survivors, some of whom were already being shunned because of fears about the disease. The prospect that those who survived might be infectious for years is likely to worsen their plight.

The new finding also raises the possibility that other outbreaks in the region, assumed to have begun with transmission from animals, may actually have been started by survivors with unrecognized, lingering infections.

One possible solution, Dr. Schaffner said, would be “to vaccinate much of equatorial Africa” against Ebola even where there is no current outbreak. Effective vaccines are available, one made by Merck and another by Johnson & Johnson, but so far they have generally been used only in response to outbreaks.

People recover from Ebola when their immune systems wipe out the virus. But certain parts of the body, including the eye, the central nervous system and the testes are so-called privileged sites, beyond the reach of the immune system. The virus can sometimes hide in those spots. But no one knew it could hide out for so long.

“We have no idea how often this may be happening,” Dr. Schaffner said. “Some studies are underway. As you can imagine, it’s not easy to study hiding viruses in immunologically privileged sites, like the testicles, the eye and, rarely, the central nervous system. Those are not accessible places for easy study.”

“There are very few genomic changes, and for those to occur, the virus has to multiply,” Dr. Schaffner said. “I think the virus is in hibernation for the most part.”

“Among other things, it shows you what brilliant insights molecular whole-genome sequencing can provide,” he said. “Till this moment, all of us thought the current outbreak was a consequence of transmission from nature, from bats. But it likely came from a human reservoir.”

Michael Wiley, a virologist at the University of Nebraska Medical Center and the chief executive of PraesensBio, which provided materials used to study the samples, described the current outbreak as a “continuation” of the previous one.

He said persistent infections and sexual transmission had already been recognized during the West African outbreak and during one in the Democratic Republic of Congo. Each new milestone for viral persistence has come as a shock, he said: first 180 days, then 500 days, and now more than five years after the initial infection.

The U.S. Centers for Disease Control and Prevention said in a statement provided by its spokesman, Thomas Skinner: “CDC has reviewed the sequencing data from samples taken during the current outbreak in Guinea. While we can’t be 100 percent certain, CDC agrees that data supports the conclusion that cases in the current outbreak are likely linked to cases in the area during the 2014-2016 West Africa Ebola outbreak.”

He added: “This suggests the outbreak was likely started from a persistent infection, a survivor, and not a new introduction of the virus from the animal reservoir. While we have seen outbreaks in the Democratic Republic of Congo linked to survivors, the length of time between the end of the 2014-2016 outbreak and the emergence of this outbreak is surprising and highlights the need for further research to better understand the complex epidemiology and ecology of Ebola.”

Dr. Ian Lipkin, a virologist at Columbia University, said that after male patients had several semen samples that tested negative for Ebola, they were generally assumed to have cleared the virus, but that that was not always a correct assumption.

“Somebody who had Ebola should probably be monitored on a regular basis to make sure they’re negative and remain negative,” he said.