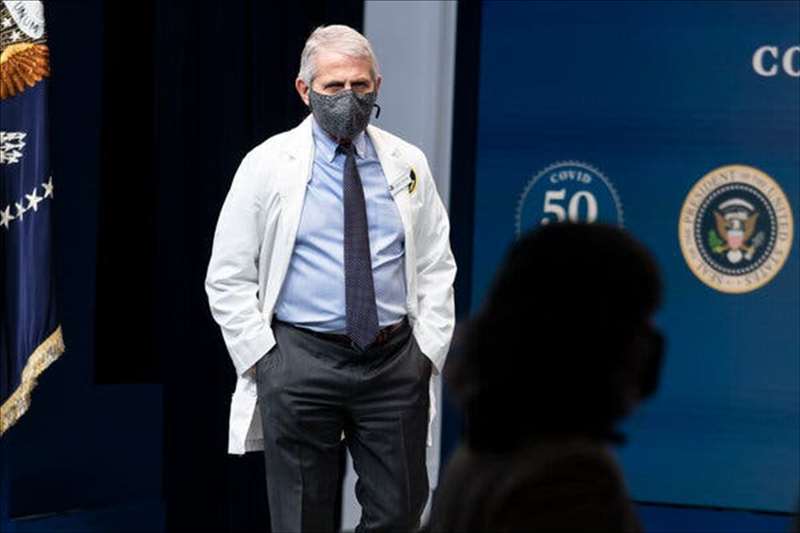 With millions of Americans vaccinated and states dropping mask and dining restrictions at the one-year mark of the pandemic, Dr. Anthony S. Fauci warned on Sunday against loosening restrictions prematurely, despite the recent week-over-week decreases in new Covid cases.

“Even though the decline was steep, we absolutely need to avoid the urge to say ‘Oh, everything is going great,’” said Dr. Fauci, the nation’s leading infectious disease expert, on the NBC program “Meet The Press.”

“When you get a plateau at a level around 60,000 new infections per day, there’s always the risk of another surge,” he said. “And that’s the thing we really want to avoid, because we are going in the right direction.”

Rescinding mask mandates in the U.S., as some states have already done, is “risky business,” he warned.

Asked on the CNN program “State of the Union” about questions that remain unanswered a year into the pandemic, Dr. Fauci mentioned the effect of coronavirus variants, some of which are more contagious and have emerged in Europe, Latin America and in the United States. He said the available vaccines would protect against severe disease, death and hospitalization.

“So, the best way that we can avoid any threat from variants is do two things,” he said: “Get as many people vaccinated as quickly as we possibly can, and to continue with the public health measures, until we get this broad umbrella of protection over society, that the level of infection is very low.”

On the network’s “Face The Nation” program, Dr. Marcella Nunez-Smith, who heads a new federal task force on health equity, called the polling results “great news.” “You see vaccine confidence growing in all groups around the country,” Dr. Nunez-Smith said. “It is very promising.”

Dr. Fauci said he was perplexed and troubled by the partisan trend. “It makes absolutely no sense,” he said. “We’ve got to dissociate political persuasion from what’s common sense, no-brainer public health things.”

“I think it would make all the difference in the world,” Dr. Fauci said, adding: “He’s a very widely popular person among Republicans. If he came out and said, go and get vaccinated, it’s really important for your health, the health of your family and the health of the country, it seems absolutely inevitable that the vast majority of people who are his close followers would listen to him.”