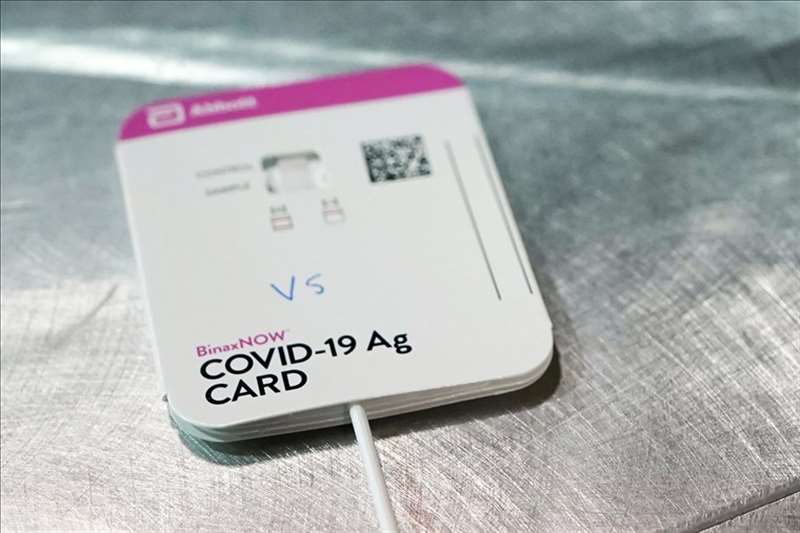 The newly authorized diagnostic tests, which require users to collect a sample with a nasal swab, could help schools, workplaces, communities and other groups set up programs for serial testing, the FDA said.

The FDA’s authorization covers Quidel’s QuickVue At-Home OTC Covid-19 test and several versions of the Abbott BinaxNOW tests, including ones designed to be taken at home and another that can be used in point-of-care settings, such as a doctor’s office, without a prescription.

A separate point-of-care test developed by the medical tech company BD was also authorized by the FDA for serial screening with a prescription.

Rapid antigen tests will be an important tool for public health officials to track how the virus spreads and evolves as the country opens up and life returns to normal.

“Frequent rapid testing will be important in the months and years to come as we understand more about how long immunity lasts from the vaccine and how variants evolve,” Dr. Michael Mina, an assistant professor of epidemiology at Harvard University’s T.H. Chan School of Public Health, said in a statement.

Antigen tests are designed to detect fragments of viral proteins that trigger an immune response in the body. These tests are not as sensitive as polymerase chain reaction, or PCR, testing, which has been the main method of screening for Covid-19. As such, it’s possible for antigen tests to deliver false negative results, which makes frequent testing even more important.

“We know that frequent testing with rapid results is critical because anyone can be exposed to this virus and not realize it until after they have become infectious,” Mina said in the statement. “The best way to combat spread is to give people the tools to know that they are infectious in real-time.”