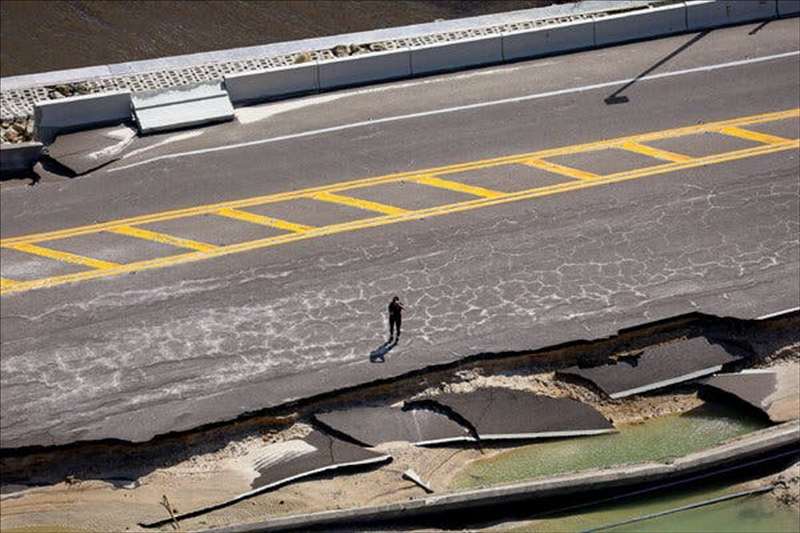 Senior Republican politicians in the state have opposed federal action against global warming, which is making storms like Hurricane Ian more destructive.

In the aftermath of Ian, those leaders want federal help to rebuild their state — but don’t want to discuss the underlying problem that is making hurricanes more powerful and destructive.

Mr. Rubio has secured millions of dollars to restore the Everglades as a way to store floodwaters, and repair coral reefs to buffer storm surges. One of his House colleagues, Representative Mario Diaz-Balart, a South Florida Republican, has won billions for climate resiliency.

But none of the top Republicans in the state have supported legislation to curb the greenhouse gas emissions causing climate change.

With its sun and offshore wind, Florida could be a leader in renewable energy, said Representative Kathy Castor, a Democrat who represents Tampa. Instead, it imports natural gas that it burns to produce electricity.

“To not admit that climate change is real and we need to address it bodes nothing but a harm for the future for Florida and the nation,” said Charlie Crist, a former Republican Florida governor who won a House seat as a Democrat, and is now challenging Mr. DeSantis’s re-election.

Yet the state’s leaders have long resisted what scientists say is needed to stave off a catastrophic future: an aggressive pivot away from gas, oil and coal, and toward solar, wind and other renewable energy sources.

Mr. Scott, the former governor of Florida who is now the state’s junior senator, has argued the cost of attacking climate change is just too great.

Hurricane Ian could be among the costliest storms to hit Florida, with losses estimated in the tens of billions.

The two senators also voted against last year’s infrastructure bill, which provided about $50 billion toward climate resilience — the country’s largest single investment in measures designed to better protect people against the effects of climate change.

Mr. Scott and Mr. DeSantis did not respond to requests for comment.

Dan Holler, a deputy chief of staff to Mr. Rubio, said the senator opposed the infrastructure bill because it included unnecessary measures, just as he opposed the final version of relief for Hurricane Sandy in 2013 because of what he called extraneous pork barrel spending.

But the larger issue, Mr. Holler said, is that those pushing broad measures to wean the nation from fossil fuels have yet to prove to Mr. Rubio that such efforts would actually slow sea level rise, calm storms or mitigate flooding.

Other Republicans offer similar explanations. Anna Paulina Luna, a Republican candidate expected to win the House district around Tampa Bay, spoke of the devastation she said she saw in Fort Myers, Pine Island and Sanibel Island.

“The damage is so catastrophic we are going to need help,” she said on Monday.

But Ms. Luna pushed back hard on the need to address climate change by cutting fossil fuel emissions. She called it “completely bonkers” that the United States would harm its own economy “while we send manufacturing to a country that is one of the top polluters of the world,” referring to China.

Mr. Crist sounded almost sympathetic as he discussed the bind that Florida Republicans find themselves in — accepting donations from the oil and gas industry, unwilling to raise the issue of climate change with their most loyal voters, while surveying the damage it is doing to their state.

But the National Republican Senatorial Committee, which Mr. Scott leads, has received $3.2 million in oil and gas donations this campaign cycle, according to the Center for Responsive Politics, eclipsed only by real estate, Wall Street and retirees. By contrast, the fossil fuel business isn’t among the top 20 industries that have given this cycle to the Democratic Senatorial Campaign Committee.

“There’s an ‘ideological versus reality’ divide here that must be very excruciating to these Republican politicians,” Mr. Crist said.

Republicans in the state have taken steps to fund climate resilience and adaptation efforts but shy away from using the term “climate.” In 2017, Mr. Diaz-Balart, then the Republican chairman of the House appropriations subcommittee that funds housing programs, secured $12 billion for “mitigation” measures in block grants to states and communities, $1.4 billion of that for Florida. The word “climate” did not appear in the definition of “mitigation.”

“If you’re from Florida, you should be leading on climate and environmental policy, and Republicans are still reticent to do that because they’re worried about primary politics,” said Carlos Curbelo, a former Republican congressman from South Florida. “But on this the consequences are so serious, it’s worth putting politics aside and addressing climate head on.”

Mr. DeSantis’s record on other climate decisions may also come back to haunt him. As a congressman in 2013, he voted against a bill to provide extra disaster aid to victims of Hurricane Sandy — the same type of extra support that Florida is now seeking for Ian.

On Friday, Mr. Rubio and Mr. Scott wrote to their Senate colleagues, asking them to support a package of disaster aid. Like Mr. DeSantis, Mr. Rubio opposed a similar measure after Sandy struck the Northeast in 2012. (Mr. Scott had not yet been elected to the Senate.)

Yoca Arditi-Rocha, executive director of the CLEO Institute, a nonprofit group in Florida that promotes climate change education, advocacy and resilience, said the state’s top elected officials need to do much more than react after disaster strikes.

“Florida will continue to be on the front lines of more destructive hurricanes fueled by a warming climate,” Ms. Arditi-Rocha said. “We need Republican leaders to step up.”