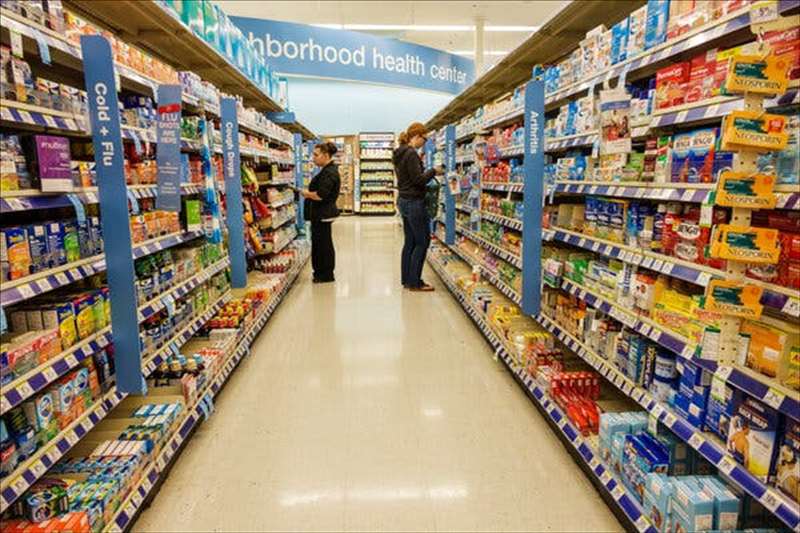 An intense early flu season, coupled with a pediatric rise in respiratory illnesses, has left families frantically searching for medicines that are in short supply.

Amoxicillin, an antibiotic commonly prescribed for children with ear infections, bronchitis and strep throat, is in short supply across the country, alarming pediatricians and parents as a surge in respiratory illnesses strains hospitals, many of which are still reeling from the coronavirus pandemic.

Tamiflu, an antiviral medication used to treat influenza, is also hard to find in parts of the country, stoking concern among health care providers just as flu season is getting underway.

Health officials have worried that holiday travel at soaring levels this year, combined with big family gatherings at Thanksgiving and into December, will further fuel a confluence of troublesome winter illnesses. It’s been a year since the Omicron variant of the coronavirus struck, causing widespread — albeit milder — waves of Covid. So far, experts are not anticipating a similar seasonal onslaught, but the lifting of mask mandates and other precautions as well as lower immunity to the routine periods of flu and other maladies have evoked notes of caution.

Experts have coined the term “tripledemic” to describe the worrisome dangers of the simultaneous emergence of three different infections, but infectious disease experts have noted that other respiratory illnesses, such as rhinoviruses and adenoviruses, are also circulating. The seasonal respiratory illnesses have surfaced earlier than usual, and they have spread quickly and simultaneously across the country.

“The viruses are having a convention,” said Dr. William Schaffner, professor of infectious diseases and preventive medicine at Vanderbilt University in Nashville. “Flu is four to six weeks early, and R.S.V. is usually a January-February virus.”

Pre-Covid, about 170 children a day went into the emergency room at Cohen Children’s Medical Center in New York this time of year. Now, there are anywhere from 260 to 300 children arriving daily, said Dr. James Schneider, chief of pediatric intensive care. Many are breathing rapidly, using their stomachs to suck in air, a sign of respiratory distress that is associated with illnesses like R.S.V. and influenza. Some are lethargic, showing signs of dehydration.

So far, the hospital, part of the sprawling Northwell Health system, has managed to secure adequate supplies of medications and has been accommodating the extra flow of patients by beefing up staffing, opening up inpatient beds in other areas of the hospital or doubling up children in intensive care rooms.

Although the shortage of amoxicillin, especially its liquid and chewable forms, has proved frustrating for pharmacists, doctors and parents whose children have grown accustomed to the bubble-gum and strawberry-flavored varieties of the drug, experts say there is no reason to panic: Supplies of effective alternatives like cephalexin and clindamycin remain plentiful, according to the F.D.A.

But the process of tracking down a suitable alternative delays care and can be frustrating. “It’s already stressful to take care of a sick child, and now you’re having to find a prescription on top of it. But there are alternatives available that are appropriate for the age and the indication,” said Dr. Michael Ganio, senior director of pharmacy practice and quality at the American Society of Health-System Pharmacists

While hundreds of drugs including chemotherapy and anesthetic agents have been in short supply for years, the current shortages of amoxicillin and antiviral drugs are unusual, Dr. Ganio said. He attributed the spike in demand to the early surge in respiratory illnesses this year.

“These are not your typical drug shortages, which are associated with manufacturing or supply chain disruptions,” he said. While most drug manufacturers prepare for seasonal variations, he said, “We don’t use a lot of Tamiflu in the northern hemisphere in the summertime, and the manufacturers plan accordingly. This has hit earlier than expected.”

The shortages highlight the fragility of the nation’s drug supply chain, especially for inexpensive generics like amoxicillin that are manufactured by just a handful of companies. Experts say the low prices for such drugs discourage investment in sophisticated quality management systems, which can improve manufacturers’ agility in shortages and enable them to scale up production more quickly.

One manufacturer, Sandoz, said it was ramping up production to meet the increased demand and hoped to double its output in the coming months. “We are facing challenges to meet this sudden spike in demand now that the flu season is in full swing,” the company said in a statement.

But the run on amoxicillin, some experts say, speaks volumes about another serious problem that poses a threat to human health: Overprescribing by doctors, many of whom readily, and wrongly, dole out antibiotics for viral illnesses, which do not respond to antimicrobial medications. The overuse of antibiotics can render the drugs ineffective over time as the bacteria they target mutate and find a way to survive. These “superbugs” can pose a serious threat as they spread, especially to people with underlying health conditions.

Dr. Amesh Adalja, a senior scholar at the Johns Hopkins Center for Health Security, said doctors are especially imprecise when it comes to treating upper respiratory tract infections, with at least half of all antibiotics wrongly prescribed for viral illnesses.

“If I went down to urgent care right now with flu symptoms, I guarantee I could walk out of there with a Z-pack,” said Dr. Adalja, using the shorthand for azithromycin, a broad spectrum antibiotic. “This shortage we’re seeing is the result of poor stewardship in the face of increased demand, and the increased demand is because we’re such poor stewards of antibiotics.”

Sometimes doctors will prescribe an antibiotic to patients with a viral illness to help prevent bacterial infections that might take advantage of a patient’s weakened immune system or out of concern that an undiagnosed and untreated bacterial infection could have dire consequences.

But Dr. Adalja and other experts say the impulse to prescribe antibiotics in the absence of diagnostic evidence that an infection is bacterial, not viral, is often an outgrowth of an uncomfortable dynamic between doctors and patients, many of whom expect medication — any medication — when they feel sick.

Dr. Daniel Rauch, chief of pediatric hospital medicine at Tufts Medicine in Boston, said prescribing an antibiotic for a screaming child with a fever and a reddish inner ear is often easier than determining whether the redness is evidence of a bacterial ear infection or something else. An inflamed ear, he said, can also be caused by a viral infection. “Unfortunately, there’s a tendency to overprescribe antibiotics, and that’s not helpful to the child or to society,” said Dr. Rauch, who chairs the hospital care committee at the American Academy of Pediatrics.

During his three-decade career, Dr. Rauch has watched the effectiveness of amoxicillin wane because of widespread resistance. The drug has become ineffective for treating urinary tract infections or E. coli, he said, and the recommended dose for ear infections has doubled over the past 20 years.

“Thankfully, there are always alternatives to amoxicillin, so we’ll get through this rough patch, but the bigger problem is whether these antibiotics will even work in the future,” he said. “People need to ask their doctors what they’re really treating and whether they need an antibiotic, otherwise there might come a day when some of these critical drugs no longer work.”