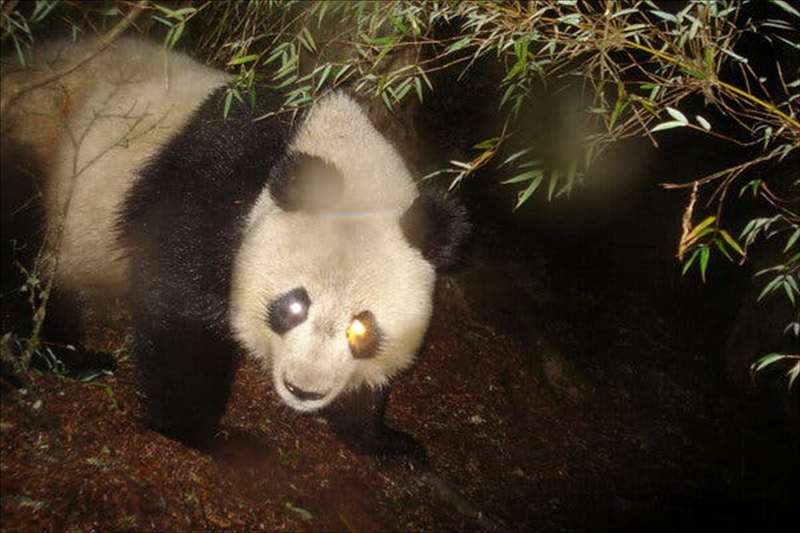 A new study challenges a common hypothesis about how protecting charismatic species also conserves animals that are less well known.

Like many undergraduate biology students, Fang Wang was taught that pandas are a prime example of an umbrella species — a charismatic, well-known and usually endangered animal whose protection benefits an entire ecosystem and all the wildlife that lives there.

“The key point is that a single umbrella will inevitably have gaps and holes,” Dr. Wang said. “It’s time to move forward from focusing on just one species to focusing on the whole animal community.”

Panda conservation, on its own, has been a success. In the 1980s, pandas had very little protection in the wild and were thought to number around just 1,100 individuals. In the 1990s, China began to actively conserve wild populations, eventually establishing 67 panda-specific protected areas representing 70 percent of the species’ range. By 2014, a government census tallied more than 1,800 wild pandas.

All of these efforts focused solely on China’s national animal, however, not on other species. As Dr. Wang said, “Everything was about pandas.”

Dr. Wang began to question the umbrella species narrative when he noticed that droppings, tracks and other signs of forest musk deer and Asiatic black bear had declined in the years since he started conducting research as an undergraduate at field sites in central China. Following up on this observation, he and colleagues from Michigan State University established a monitoring network of more than 1,000 infrared cameras in and around eight panda nature reserves in the Qinling and Minshan Mountains.

After three years of data collection, they determined which types of habitat were preferred by nine species of mammals, including pandas. They then used satellite data to examine whether ideal habitat had increased, decreased or stayed the same for each of the species over the preceding 10 years.

Most panda reserves consist of bamboo forests at high elevation, which is not ideal for all wildlife. The researchers found that two threatened species, Asiatic black bears and forest musk deer, actively lost key habitat in the most intensively protected panda areas. And in places where habitat changed for the better for forest musk deer and Asiatic black bears, as well as for two other cloven-hoofed species, Chinese serow and Reeve’s muntjac, it changed for the worse for pandas. “Now we know that when we’re protecting pandas, we’re losing Asiatic black bears, musk deer and probably many other species,” Dr. Wang said.

David Lindenmayer, a conservation biologist at the Australian National University in Canberra, who was not involved in the research, said the new panda findings reinforced ongoing concerns about the umbrella species approach to conservation. While pandas and other high-profile species are great for fund-raising and campaigning, rare animals usually have very specific habitat requirements. Efforts to conserve an entire ecosystem seldom align with the needs of these more charismatic species, Dr. Lindenmayer said.

“There is a need to be very sober in making decisions about what species are selected and why, and what species can and cannot work as useful surrogates,” he said. “Otherwise, serious mistakes get made.”

In China, reception to the panda findings has been mixed, Dr. Wang said. “Some people said it’s just common sense that species need their own habitat, but others asked me why I wrote an article in English criticizing our great success in panda conservation.”

Dr. Wang was concerned that the government would be displeased, but so far, he said, the response has been mostly positive. “They’ve started to talk about incorporating a multispecies monitoring network in the new Giant Panda National Park” in Central China, he said. “They may not be happy about this finding, but I think they’re moving forward to avoid similar results being repeated.”

Some change is already happening on the ground. World Wide Fund for Nature-China, for example, which works with the Chinese government, recently added snow leopards to its conservation strategy.