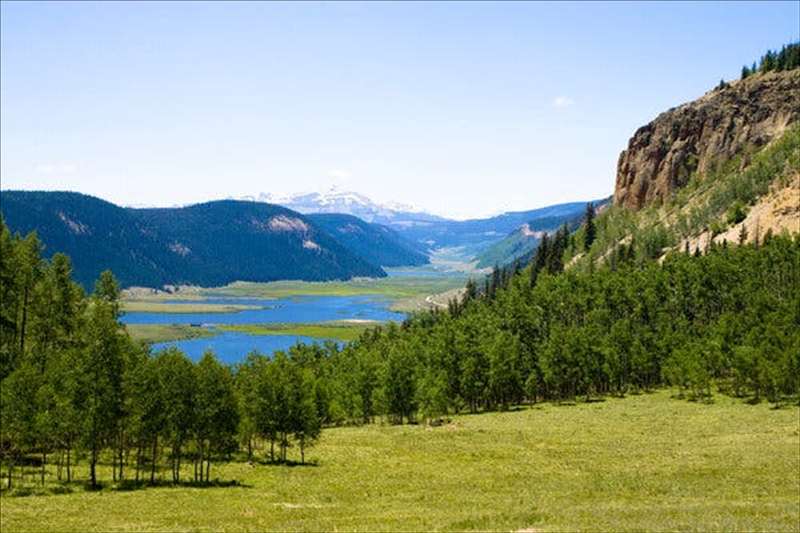 With travel stalled for the past 10 months, its sustainable comeback has been a popular topic. Now with Covid-19 vaccines in distribution, and the prospect of travel reviving later this year, some travel operators, local governments and nonprofit organizations are walking the talk, with new eco-oriented programs, trips, transportation initiatives and preserves.

The following are some of the many sustainable initiatives that have been started during the pandemic, awaiting the return of travelers.

From Dana Point, Calif., whale-watching operations take visitors on boat trips to see gray whales, blue whales and, on occasion, racing megapods of dolphins. They also pick up discarded, deflated balloons — which might be mistaken for food by sea creatures.

“This isn’t a designation for life. You need to work to keep it,” Ms. Anderson said of plans for future beach cleanups and citizen science initiatives and continuing work to instruct recreational boaters on keeping safe distances from whales.

By encouraging drivers to spend time in towns with charging stations while their car is being replenished, the initiative combines economic development and sustainable transportation.

Andrew Grossmann, the director of destination development for the Colorado Tourism Office, calls the first electrified byways an “initial skeletal installation,” with capacities for a minimum of two cars at each station. While many newer model electric vehicles can go more than 200 miles on a charge, “having them in place more closely helps reduce range anxiety,” he said.

For local drivers, electrifying remote byways is a passport to travel.

Its new Short-Trips Initiative, which will kick off in June, will create maps and suggested itineraries for trips from one to three nights from eight cities — Atlanta, Austin, Texas, Boston, Los Angeles, Minneapolis, San Francisco, Seattle and Washington, D.C. — with plans for 30 cities by 2023.

“We wanted to focus on letting people know they can have a great adventure even if they’re going for one night,” said Eva Dunn-Froebig, the project director of the initiative.

A major program focus is to diversify the cycling scene, which the association describes as predominantly male and white. In addition to reaching urbanites, the initiative includes recruiting ambassadors from each city, especially among Black, Indigenous and other people of color to lead occasional short trips and share their bike camping expertise.

“I think the A.C.A. is trying to catch up with the social environment,” said Jess Kim, 30, a transportation engineer in Seattle and avid bike camper who is Asian-American and plans to apply to become an ambassador for the initiative. She calls it a “step in the right direction” in offering flexible rides to those with constrained schedules, targeting racially diverse communities and partnering with organizers like herself who are working on making cycling more inclusive.

“The best bike for your first tour is the bike you already have,” said Dan Meyer, the deputy editor of the association’s Adventure Cyclist Magazine.

While the preserve is heavily guarded and the pangolin rehabilitation program is ongoing, its managers won’t say how many pangolins are living on the property for fear of drawing the attention of poachers.

Guests at one of the Phinda lodges, which have reopened, can join a researcher from the conservation team during a general health check of a pangolin. But don’t expect to see one of the shy, nocturnal creatures on a game drive.

“Rangers who have worked on reserves with pangolins have gone years without seeing one,” Mr. Carlisle said.

While the process seems sound, “the question is, is it scalable?” said Howard Herzog, a senior research engineer at Massachusetts Institute of Technology, who has studied carbon capture for more than 30 years, noting the high cost of running the technology relative to the amount of carbon removed. “It’s a lot cheaper to not emit than to try to capture it later.”

Though the emerging technology is indeed costly — one Peruvian tour operator estimated that mitigating a flight between London and Lima with carbon capture technology would cost $5,040 — Tomorrow’s Air aims to excite people about the future of carbon removal, invest in it and create a community of travelers and travel companies around it that will eventually be large enough to sway companies and governments to engage.

“We’re providing ways for travelers and travel companies to support the scale-up of carbon removal technology,” said Christina Beckmann, the co-founder of Tomorrow’s Air. “We thought, what if we got travel, which is 10 percent of global GDP, or some portion of it, united around carbon removal with permanent storage? We could really do something.”

“It’s practical, it’s affordable and it’s a way to be a part of what will hopefully be a growing traveler’s collective where by eventual size maybe we can take some things to scale,” said Ann Becker, 68, a business and travel consultant living in Chicago and a member of Tomorrow’s Air.