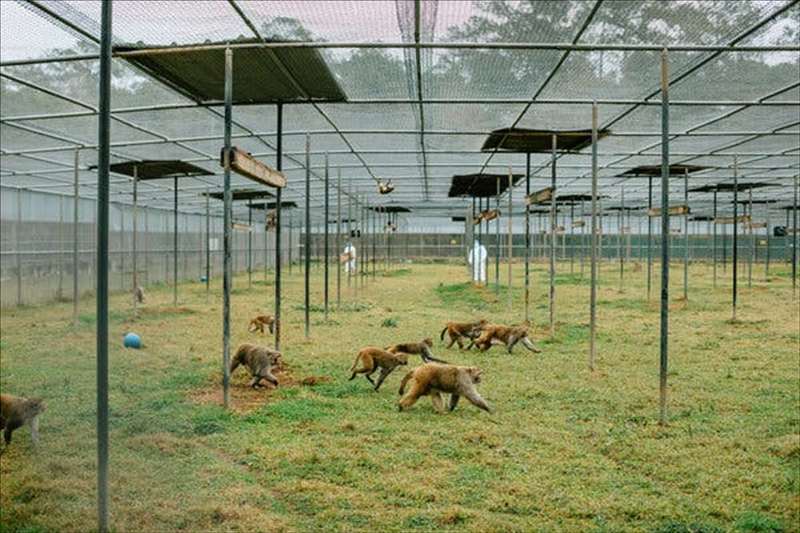 Mark Lewis was desperate to find monkeys. Millions of human lives, all over the world, were at stake.

Unable to furnish scientists with monkeys, which can cost more than $10,000 each, about a dozen companies were left scrambling for research animals at the height of the pandemic.

“We lost work because we couldn’t supply the animals in the time frame,” Mr. Lewis said.

The world needs monkeys, whose DNA closely resembles that of humans, to develop Covid-19 vaccines. But a global shortage, resulting from the unexpected demand caused by the pandemic, has been exacerbated by a recent ban on the sale of wildlife from China, the leading supplier of the lab animals.

The latest shortage has revived talk about creating a strategic monkey reserve in the United States, an emergency stockpile similar to those maintained by the government for oil and grain.

As new variants of the coronavirus threaten to make the current batch of vaccines obsolete, scientists are racing to find new sources of monkeys, and the United States is reassessing its reliance on China, a rival with its own biotech ambitions.

American scientists have searched private and government-funded facilities in Southeast Asia as well as Mauritius, a tiny island nation off southeast Africa, for stocks of their preferred test subjects, rhesus macaques and cynomolgus macaques, also known as long-tailed macaques.

But no country can make up for what China previously supplied. Before the pandemic, China provided over 60 percent of the 33,818 primates, mostly cynomolgus macaques, imported into the United States in 2019, according to analyst estimates based on data from the Centers for Disease Control and Prevention.

The United States has as many 25,000 lab monkeys — predominantly pink-faced rhesus macaques — at its seven primate centers. About 600 to 800 of those animals have been subject to coronavirus research since the pandemic began.

The pandemic upset what had been a decades-long relationship between American scientists and Chinese suppliers.

“When the China market closed down, that just forced everyone to go to a smaller number of available animals,” said Mr. Lewis.

In the meantime, the price for a cynomolgus monkey has more than doubled from a year ago to well over $10,000, Mr. Lewis said. Scientists researching cures for other diseases, including Alzheimer’s and AIDS, say their work has been delayed as priority for the animals goes to coronavirus researchers.

The shortage has led a growing number of American scientists to call on the government to ensure a constant supply of the animals.

“Our idea was sort of like the strategic oil reserve, in that there’s lots and lots of fuel somewhere that is only tapped in an emergency,” Professor Bohm said.

But as new variants of the virus are discovered, potentially restarting the race for a vaccine, scientists say the government needs to take action on the stockpile immediately.

“The strategic monkey reserve is exactly what we needed to deal with Covid, and we just didn’t have it,” said Keith Reeves, a principal investigator at the Center for Virology and Vaccine Research at Harvard Medical School.

But a robust strategic reserve might still be unable to meet the skyrocketing demand for lab animals, as researchers in China have learned. Even with a government-controlled stockpile of about 45,000 monkeys, researchers in China say they are also grappling with a shortage.

Researchers often collect hundreds of specimens from a single monkey, whose tissues can be frozen for years and studied over long periods. The scientists say they make the most of each animal, but monkeys infected with Covid-19 cannot be returned to live among other healthy animals and must be eventually euthanized.

In January, Shen Weiguo, general manager of the Shanghai Technology Venture Capital Group, told local legislators that three large biomedical companies in the city were short 2,750 research monkeys last year, according to a report in the state news media. The shortfall is expected to grow 15 percent annually over the next five years, Mr. Shen said.

Hubei Topgene Biotechnology raises monkeys for its own research and for export. The United States was previously its top export destination, but the company currently does not have enough animals to conduct its own experiments, said Yan Shuo, a sales manager.

“Now, it’s not even a matter of money,” Mr. Yan said. “We don’t even have monkeys to sell abroad.”

The United States maintains seven national primate research centers, where the animals, when not undergoing research, live in colonies with access to the outdoors and enrichment activities. The facilities are affiliated with research universities and funded by the National Institutes of Health. Animal rights activists have long accused the centers of abuse, including separating babies from their mothers.

Matthew R. Bailey, president of the National Association for Biomedical Research, said he was preparing to raise the monkey shortage with the Biden administration. He said China’s decision to halt exports at the beginning of the pandemic was “likely a prudent emergency move,” but he suggested that China could should restart exports given what is now known about how the virus is spread.

China’s Foreign Ministry said the ban was not targeted at specific species or countries.

Experts said the United States had to bear some responsibility for not having enough research monkeys.

The budgets at the national primate centers have either stayed flat or fallen for well over a decade. Koen Van Rompay, an infectious diseases expert at the California National Primate Research Center, said the federal government asked the center to expand its breeding colonies about 10 years ago but did not give it increased funding, so it downsized its colony instead.

“What we did in a number of cases was that we gave our females birth control,” Dr. Van Rompay said. “So there would be fewer babies born in the spring.”

At a panel organized by the National Institutes of Health in December 2018, scientists discussed the challenges facing America’s primate supply. There was an awareness then that “if China decides to turn off the spigot, we will be in deep trouble,” said Jeffrey Roberts, the associate director of the California National Primate Research Center.

Attendees “agreed that the need to domestically breed cynomolgus macaques is essential and could jeopardize biomedical research in the United States as a whole, if not met,” according to a report of the meeting. “They emphasized that it may already be too late to address this need but will certainly be too late within a few months.”