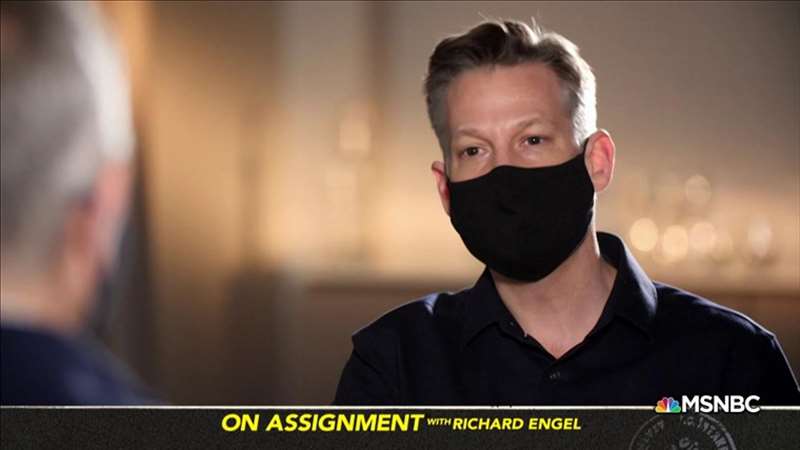 Coronavirus infections from variant strains are quickly spreading across the U.S., but there’s one big problem: Lab officials say they can’t tell patients or their doctors whether someone has been infected by a variant.

Officials representing public health labs and epidemiologists have warned the federal government that limiting information about the variants ― in accordance with arcane regulations governing clinical labs ― could hamper efforts to investigate pressing questions about them.

The Association of Public Health Laboratories and the Council of State and Territorial Epidemiologists jointly pressed federal officials this month to “urgently” relax certain rules that apply to clinical labs.

Washington state officials detected the first case of the variant discovered in South Africa this week, but the infected person didn’t provide a good phone number and couldn’t be contacted about the positive result. Even if health officials do track down the patient, “legally we can’t” tell him or her about the variant because the test isn’t yet federally approved, Teresa McCallion, a spokesperson for the state Health Department, said in an email.

“However, we are actively looking into what we can do,” she said.

Lab testing experts describe the situation as a Catch-22: Scientists need enough case data to make sure their genome-sequencing tests, which are used to detect variants, are accurate. But while they wait for results to come in and undergo thorough reviews, variant cases are surging.

"Can our investigations be better if we can disclose that information to the patient? I think the answer is yes."

The lag reminds some of the situation a year ago. Amid regulatory missteps, approval for a Covid-19 diagnostic test was delayed while the virus spread undetected.

The limitations also put lab professionals and epidemiologists in a bind as public health officials try to trace contacts of those infected with more contagious strains, said Scott Becker, CEO of the Association of Public Health Laboratories. “You want to be able to tell [patients] a variant was detected,” he said.

Complying with the lab rules “is not feasible in the timeline that a rapidly evolving virus and responsive public health system requires,” the organizations wrote.

Hamilton also said telling patients they have a novel strain could be another tool to encourage cooperation ― which is waning ― with efforts to trace and sample their contacts. She said notifications might also further encourage patients to take the advice to remain isolated seriously.

“Can our investigations be better if we can disclose that information to the patient?” she said. “I think the answer is yes.”

As of Tuesday, the CDC had identified nearly 1,900 cases of the B.1.1.7 variant in 45 states; 46 cases of B1351, which was first identified in South Africa, in 14 states; and five cases of the P.1 variant, initially detected in Brazil, in four states, Dr. Rochelle Walensky, the CDC’s director, told reporters Wednesday.

The topic came up this week in Illinois, as well. Notifying patients that they are positive for a coronavirus variant is “not allowed currently” because the test is not CLIA-approved, said Judy Kauerauf, section chief of the Illinois Public Health Department’s communicable disease program, according to a record obtained by the Documenting COVID-19 project of Columbia University’s Brown Institute for Media Innovation.

The CDC has scaled up its genomic sequencing in recent weeks; Walensky said the agency was conducting it on only 400 samples a week when she began as director, compared with more than 9,000 samples this week.

“We’ll identify Covid variants sooner and better target our efforts to stop the spread. We’re quickly infusing targeted resources here because the time is critical when it comes to these fast-moving variants,” Carole Johnson, testing coordinator for President Joe Biden’s Covid-19 response team, said on a call with reporters this month.

Hospitals get high-level information about whether samples submitted for sequencing tested positive for variants, said Dr. Nick Gilpin, director of infection prevention at Beaumont Health in Michigan, where 210 cases of the B.1.1.7 variant have been detected. Yet patients and their doctors will remain in the dark about who exactly was infected.

“It’s relevant from a systems-based perspective,” Gilpin said. “If we have a bunch of B.1.1.7 in my backyard, that’s going to make me think a little differently about how we do business.”

It’s the same in Washington state, McCallion said. Health officials may share general numbers, such as that 14 out of 16 outbreak specimens at a facility were identified as B.1.1.7 ― but not who those 14 patients were.

There are arguments for and against notifying patients. On one hand, being infected with a variant won’t affect patient care, public health officials and clinicians say. And people who test positive would still be advised to take the same precautions of isolation, mask-wearing and hand-washing regardless of which strain they carried.

“There wouldn’t be any difference in medical treatment whether they have the variant,” said Mark Pandori, director of the Nevada State Public Health Laboratory. However, he said, “in a public health emergency it’s really important for doctors to know this information.”

Pandori estimated that only 10 or 20 labs in the U.S. are capable of validating their laboratory-based variant tests. One is the lab at the University of Washington in Seattle.

Greninger said he anticipates having a federally authorized test for whole-genome sequencing of Covid-19 within the next few weeks.

“So all the issues you note on notifying patients and using [the] results will not be a problem,” he said in an email.

San Diego-based Illumina and other companies have approved coronavirus testing machines that can also detect variants. However, because the add-on sequencing capability wasn’t specifically approved by the FDA, the results can be shared with public health officials but not with patients and their doctors, said Dr. Phil Febbo, Illumina’s chief medical officer.

He said that Illumina hasn’t asked the FDA for further approval but that it could if variants start to pose greater concerns, like escaping vaccine protection.

“I think right now there’s no need for individuals to know their strains,” he said.

Rachana Pradhan is a correspondent with Kaiser Health News. She reports on a broad array of national health policy decisions and their effect on everyday Americans.