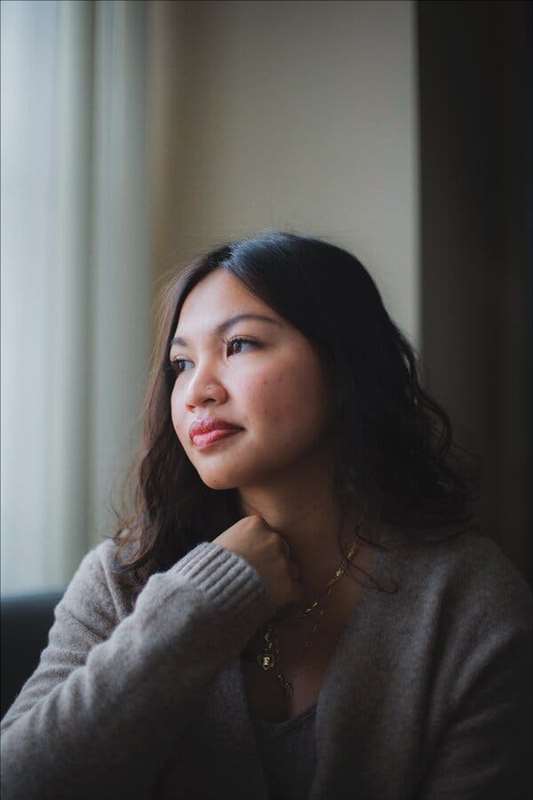 For many nurses and doctors, medicine was an inherited calling and one that bound couples. Then the virus threatened the ones they love.

Gabrielle Dawn Luna sees her father in every patient she treats.

As an emergency room nurse in the same hospital where her father lay dying of Covid last March, Ms. Luna knows firsthand what it’s like for a family to hang on to every new piece of information. She’s become acutely aware of the need to take extra time in explaining developments to a patient’s relatives who are often desperate for updates.

It’s challenging, she said, to allow herself to grieve enough to help patients without feeling overwhelmed herself.

“Sometimes I think that’s too big a responsibility,” she said. “But that’s the job that I signed up for, right?”

“She didn’t want me to go back to work for fear that something would happen to me, too,” Ms. Luna said. “But I had to go back. They needed me.”

Like the Lunas, many who have been treating the millions of coronavirus patients in the United States over the past year come from families defined by medicine. It is a calling passed through generations, one that binds spouses and connects siblings who are states apart.

It’s a bond that brings the succor of shared experience, but for many, the pandemic has also introduced a host of fears and stresses. Many have worried about the risks they’re taking and those their loved ones face every day, too. They worry about the unseen scars left behind.

And for those like Ms. Luna, the care they give to coronavirus patients has come to be shaped by the beloved healer they lost to the virus.

For Dr. Nadia Zuabi, the loss is so new that she still refers to her father, a fellow emergency department physician, in the present tense.

She had expected that working alongside the people who had cared for her father would deepen her commitment to her own patients, and to some extent it has. But mainly, she came to realize how important it is to balance that taxing emotional availability with her own well-being.

“I try to always be as empathetic and compassionate as I can,” Dr. Zuabi said. “There’s a part of you that maybe as a survival mechanism has to build a wall because to feel that all the time, I don’t think it’s sustainable.”

Work is filled with reminders. When she saw a patient’s fingertips, she recalled how her colleagues had also pricked her father’s to check insulin levels.

“He had all these bruises on his fingertips,” she said. “It just broke my heart.”

The older Dr. Zuabi had a gift for conversation and loved talking about medicine with his daughter as he sat in his living room chair with his feet propped up. She is still in her residency training, and throughout last year she would go to him for advice on the challenging Covid cases she was working on and he’d bat away her doubts. “You need to trust yourself,” he’d tell her.

When he caught the virus, she took time off to be at his bedside every day, and continued their conversations. Even when he was intubated, she pretended they were still talking.

She still does. After difficult shifts, she turns to her memories, the part of him that stays with her. “He really thought that I was going to be a great doctor,” she said. “If my dad thought that of me, then it has to be true. I can do it, even if sometimes it doesn’t feel like it.”

In the same way that medicine is often a passion grown from a set of values passed from one generation to the next, it’s also one shared by siblings and one that draws healers together in marriage.

A nurse’s brother tended to her when she had the virus before volunteering in another virus hot spot. A doctor had a bracing talk with her children about what would happen if she and her husband both died from the virus. And others described quietly weeping during a conversation about wills after putting their children to bed.

Dr. Fred E. Kency Jr., a physician at two emergency departments in Jackson, Miss., understood that he was surrounded by danger when he served in the Navy. He never expected that he would face such a threat in civilian life, or that his wife, an internist and pediatrician, would also face the same hazards.

“It is scary to know that my wife, each and every day, has to walk into rooms of patients that have Covid,” Dr. Kency said, before he and his wife were vaccinated. “But it’s rewarding in knowing that not just one of us, both of us, are doing everything we possibly can to save lives in this pandemic.”

The vaccine has eased fears about getting infected at work for those medical workers who have been inoculated, but some express deep concerns about the toll that working through a year of horrors has taken on their closest relatives.

“I worry about the amount of suffering and death she’s seeing,” Dr. Adesuwa I. Akhetuamhen, an emergency medicine physician at Northwestern Medicine in Chicago, said of her sister, who is a doctor at the Mayo Clinic in Rochester, Minn. “I feel like it’s something I’ve learned to cope with, working in the emergency department before Covid started, but it’s not something that’s supposed to happen in her specialty as a neurologist.”

She and her sister, Dr. Eseosa T. Ighodaro, have regularly talked on the phone to compare notes about precautions they’re taking, provide updates on their family and offer each other support. “She completely understands what I am going through and gives me encouragement,” Dr. Ighodaro said.

Donna Quinn, a midwife at N.Y.U. Health in Manhattan, has worried that her son’s experience as an emergency room physician in Chicago will lead him to leave the field he only recently joined. He was in his last year of residency when the pandemic began, and he volunteered to serve on the intubation team.

“I worry about the toll it’s taking on him emotionally,” she said. “There have been nights where we are in tears talking about what we’ve encountered.”

She still has nightmares that are sometimes so terrifying that she falls out of bed. Some are about her son or patients she can’t help. In one, a patient’s bed linens transform into a towering monster that chases her out of the room.

When Ms. Luna first returned to her emergency room at Holy Name Medical Center in Teaneck, N.J., after her father died, she felt as though something was missing. She had gotten used to having him there. It had been nerve-racking as every urgent intercom call for a resuscitation made her wonder, “Is that my dad?” But she could at least stop by every now and again to see how he was doing.

More than that though, she had never known what it was like to be a nurse without him. She remembered him studying to enter the field when she was in elementary school, coloring over nearly every line in his big textbooks with yellow highlighter.

Over breakfast last March, Ms. Luna told her father how shaken she was after holding an iPad for a dying patient to say goodbye to a family who couldn’t get into the hospital.

“This is our profession,” she recalled Mr. Luna saying. “We are here to act as family when family can’t be there. It’s a hard role. It’s going to be hard, and there will be more times where you’ll have to do it.”