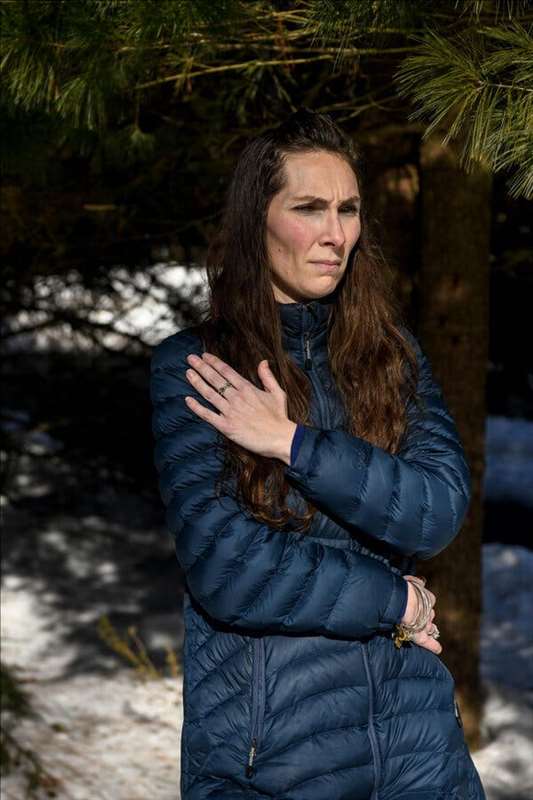 Through Zoom trainings and virtual lobbying days, people who have lost loved ones or their own health to the coronavirus are trying to influence federal policy.

Pamela Addison is, in her own words, “one of the shyest people in this world.” Certainly not the sort of person who would submit an op-ed to a newspaper, or start a support group for strangers, or ask a United States senator to vote for $1.9 trillion legislation.

No one is more surprised than her that, in the past five months, she has done all of those things.

Her husband, Martin Addison, a 44-year-old health care worker in New Jersey, died from the coronavirus on April 29 after a month of illness. The last time she saw him was when he was loaded into an ambulance. At 37, Ms. Addison was left to care for a 2-year-old daughter and an infant son, and to make ends meet on her own.

“Seeing the impact my story has had on people — it has been very therapeutic and healing for me,” she said. “And knowing that I’m doing it to honor my husband gives me the greatest joy, because I’m doing it for him.”

There is Marjorie Roberts, who got sick while managing a hospital gift shop in Atlanta and now has lung scarring. Mary Wilson-Snipes, still on oxygen more than two months after coming home from the hospital. John Lancos, who lost his wife of 41 years on April 23. Janis Clark, who lost her husband of 38 years the same day.

In January, they and dozens of others participated in an advocacy training session over Zoom, run by a group called Covid Survivors for Change. This month, the group organized virtual meetings with the offices of 16 senators — 10 Democrats and six Republicans — and more than 50 group members lobbied for the coronavirus relief package.

The immediate purpose of the training session was to take people who, in many cases, had never so much as attended a school board meeting and teach them to do things like lobby a senator. The longer-term purpose was to confront the problem of numbers.

“That volume, that collective national trauma, is almost too hard for people to grasp,” said Chris Kocher, who is the executive director of Covid Survivors for Change and previously worked with gun violence survivors at Everytown for Gun Safety. “But you can understand one story and one life lived.”

One C.S.C. member, Ms. Wilson-Snipes, 52, also worked with Moms Demand Action; she started a chapter in Junction City, Kan., after her son, Felix, was fatally shot in 2018. Then, in November, she got Covid-19 and was hospitalized with pneumonia.

Ms. Wilson-Snipes came home on Christmas Eve with an oxygen machine, which she still needs. Her lungs are still inflamed, her chest still painful.

While the policies she promoted with Moms Demand Action are different from the ones she and others are advocating with Covid Survivors for Change — like mask-wearing, and financial assistance for people affected by the virus — she said the message was the same: “You could be in my family’s shoes, in my shoes.”

“I’d never really thought about it that way — that I could use my story to make change,” she said.

She decided to create a Facebook group for newly widowed parents, and found her first members from comments on her op-ed. In January, she participated in the Covid Survivors for Change training. This month, she and other members in New Jersey spoke with Senator Cory Booker’s office.

Another cohort spoke with the office of Senator Jon Ossoff of Georgia. One of them was Ms. Roberts, 60, the former gift shop manager with lung damage from the virus.

“March 26 I woke up, I was fine,” Ms. Roberts said. “And by the time the sun went down that night, my whole life and my whole family’s life had been changed forever.”

After the Ossoff meeting, she called Mr. Kocher in tears. In almost a year, she said, it was the first time she had felt heard.

The political mobilization of coronavirus survivors is still in early stages, and it is impossible to know whether it will fade once the pandemic is over or solidify into something lasting. But Covid Survivors for Change is not the only group seeking long-term changes.

The platform also includes much more contentious proposals, like a federal jobs guarantee, universal health care and child care, medical and student debt cancellation, and a ban on importation of products linked to deforestation. Ms. Urquiza said the idea was to address factors that make pandemics more likely, and to make Americans economically secure enough to weather crises.

“It’s really not only about ensuring that we are responding to the most urgent pieces that are in front of our face right now,” she said.

Covid Survivors for Change, by contrast, has no official platform. Though the members who lobbied Congress did so in support of President Biden’s stimulus package, the group is nonpartisan and has focused on training survivors to promote policies they choose.

Several members said the virus had drawn them into the political arena in ways that would have shocked them a year ago.

Janis Clark, 65, said her husband, Ron Clark, had always been the politically active one. “Whenever he’d watch politics, it’d be like, ‘Here comes the half-hour dissertation,’” she said, laughing. “I’d get nervous about P.T.A. functions.”

Mr. Clark died on April 23, after two weeks at home with a fever as high as 104 and more than three weeks on a ventilator. He never learned that his daughter was pregnant.

Desperate for someone to understand what the virus’s toll really meant, Ms. Clark started writing. She wrote to Representative Paul Tonko, Democrat of New York, who represents her district around Albany. She wrote to Senators Chuck Schumer and Kirsten Gillibrand. She didn’t know they were unlikely to reply.

“I just wanted somebody to hear my story,” she said. “And it was like, how do you reach these people? I don’t know what the right avenue is. I’d never written my congressman about anything.”

In February, Ms. Clark signed an open letter that Covid Survivors for Change organized, urging senators to pass a relief package and calling for a reimbursement program for funeral costs and more medical resources for survivors. Now, she thinks she might do more — maybe even attend a demonstration once it’s safe.

For some people, this feels like building something out of rubble.

Mr. Lancos met his wife, Joni Lancos, when he was a National Park Service interpreter at Federal Hall in Manhattan and she was a clerk working on the third floor. Their first date was Nov. 3, 1977. He took her to a Broadway show featuring the Danish pianist Victor Borge.

Last April, 41 years and 15 days after their wedding and less than 18 hours after her first symptoms, she died in a Brooklyn I.C.U.

“That was it,” Mr. Lancos said through tears. “That was my funeral for my wife, seeing those five photos.”

“I think Joni would —” he said, pausing to taking a steadying breath, “be proud of what I did today.”